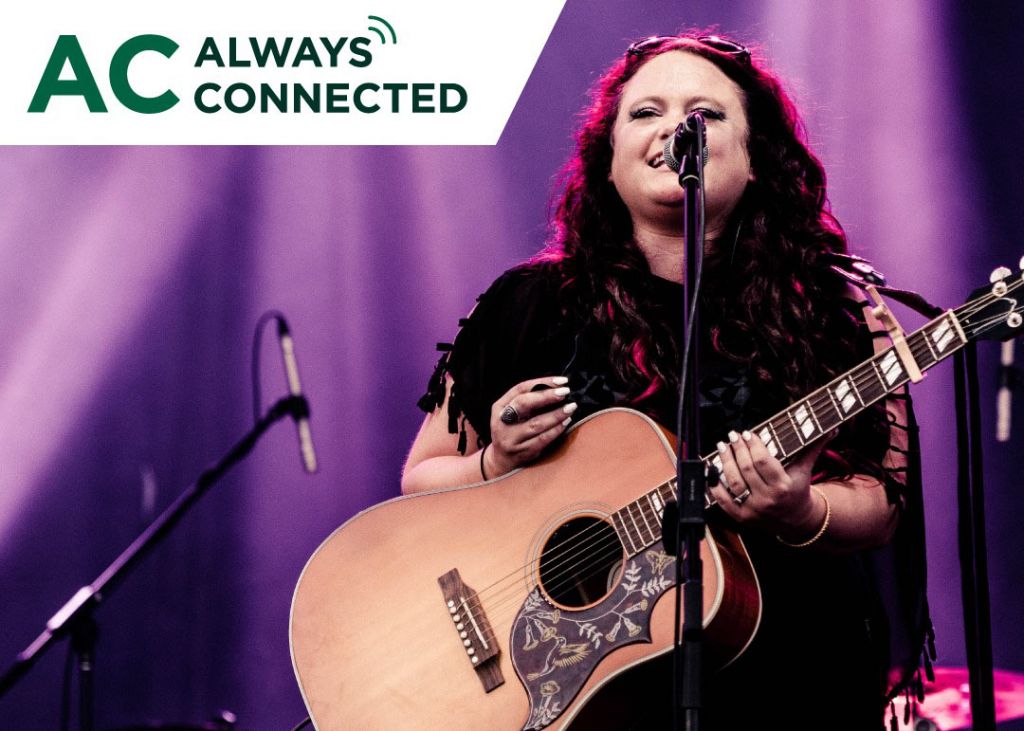 Only using Zoom for the second time, Brea Lawrenson took on her first Zoom concert June 12.

The Community Café with Brea Lawrenson is part of a virtual events series called AC Always Connected. The event series is designed to keep students at Algonquin College connected and interacting with each other online.

On Friday, the Zoom event ran from noon to 1p.m., featuring Lawrenson, an indie singer in Canadian country music.

“My first Zoom concert was so fun. I am so grateful to still have this platform to share my music. It gives a whole new spin to performing and a new experience for us all to adapt too. A wonderful idea and opportunity for me as an artist especially during these times,” Lawrenson said after the event.

The event began with Leanne Jarrett, a member of AC hub team. She covered housekeeping rules and asked an engaging question for participants to get involved.

“Who is your dream musician or band to see in concert?” said Jarrett.

After the countdown, participants’ answers were revealed in the Zoom chat. They included Guns N’ Roses, Neil Young and Beyoncé.

Lawrenson sang nine songs and played her guitar for the event. She sang three covers and six of her own songs. One was “Wild Card,” her latest single which was released on Feb. 27, 2020.

By 12:25p.m. the event had attracted 23 live watchers between the Zoom event and the live stream on Facebook.

“All of my show dates and concerts where I would be performing for crowds of anywhere between tens to thousands of people have been cancelled. I have had to adapt and move all of my performances to live streams online in order to stay relevant and keep momentum and interacting with my fans as an artist,” Lawrenson said after the event. 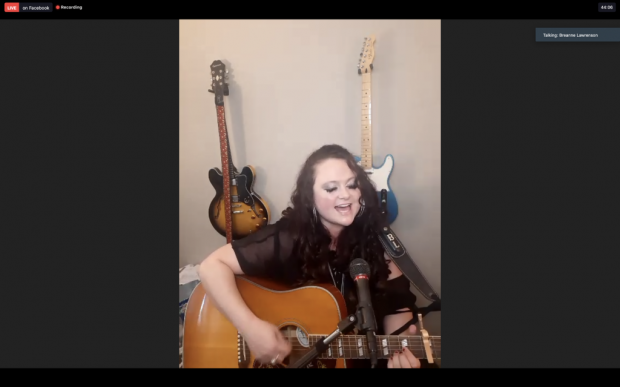 Brea Lawrenson started singing lessons at age 13 and won first and second place awards at the Montreal Music Festival in Classical and Broadway at the age of 15, according to her website.

Lawrenson has history with Algonquin College. During the event, Lawrenson revealed she is an Algonquin alumna.

“It’s funny because I did police foundations. That’s what I went for and I think I was probably 23, so we’re going back 10 years. It was a great place to go to school and meet friends. Teachers were amazing . . .,” Lawrenson said.

She also had her first album release party at the Algonquin Commons Theatre on May 1, 2015, for her album called “Brealieve”.

“Brea was recommended to us by another local musician, Amanda Jordan,” said Jarrett after the event.

She said Brea Lawrenson and her “momanger” Cheryl Lawrenson were both incredible to work with leading up to and during the event.

“Like most musicians and artists, a huge part of how I make my living comes from live performances and festival opportunities. So the pandemic has been devastating for the music community as a whole,” the singer said after the event.

“However, I am still working on recording and making new music to come out soon!”

If you missed the event with Lawrenson, Algonquin College keeps the Zoom recordings of all the AC Always Connected events here.

Singer is a former student

Singer is a former student