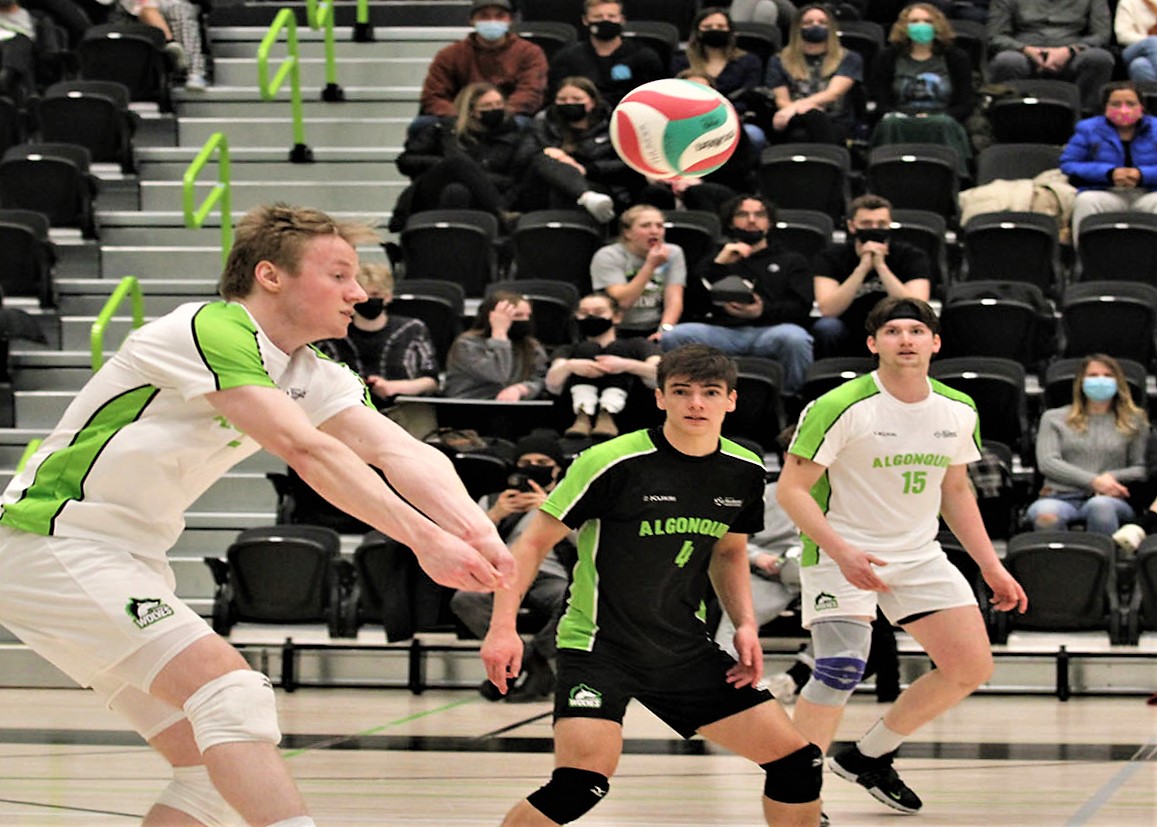 The Wolves had worked their way back to a 2-2 record after losing their first two games of the season and were looking to extend their winning streak to three games.

Liam Arnold-Paquette, who played right side, was happy with the team’s continued form.

“We’re going in the right direction,” he said. “We’ve made progress with building early leads and not giving them up or becoming complacent and letting our opponents back into sets and matches.”

The rookie believes, despite their recent success, the team can still make progress.

“Even though we’ve been winning we don’t feel like we’ve been playing to our potential,” said Arnold-Paquette. “It’s been a lot of fun to win. We’ve won three in a row and our coaches still complain about things. It’s funny.”

“We can be more dominant,” he said. “We were better and we showed it, but I would have liked it to be less of a game and more of a showcase of how we can completely dominate opponents.”

Kooijman was also very happy to see fans back in the stands.

“It was amazing,” he said. “It’s something that’s a part of sport and we have this amazing facility so we should be having the biggest crowds and make this place into a bastion. Somewhere that our opponents really don’t want to visit.”


The Wolves won the first set 25-16. They built a large lead in the second but struggled towards the end of the set, eventually taking it 25-22 and won the third set 25-20 to take the straight sets victory.

Since starting the season 0-2, the Wolves have won their last three games, each in a stronger fashion than the last.

They defeated the Seneca Sting in five sets and the Loyalist Lancers in four sets.

The game previously scheduled for Saturday, Jan. 26 against the Fleming Knights was cancelled.

Algonquin next faces the Durham Lords on Friday, March 4, 2022, at 8 p.m. at the Durham College campus in Oshawa.