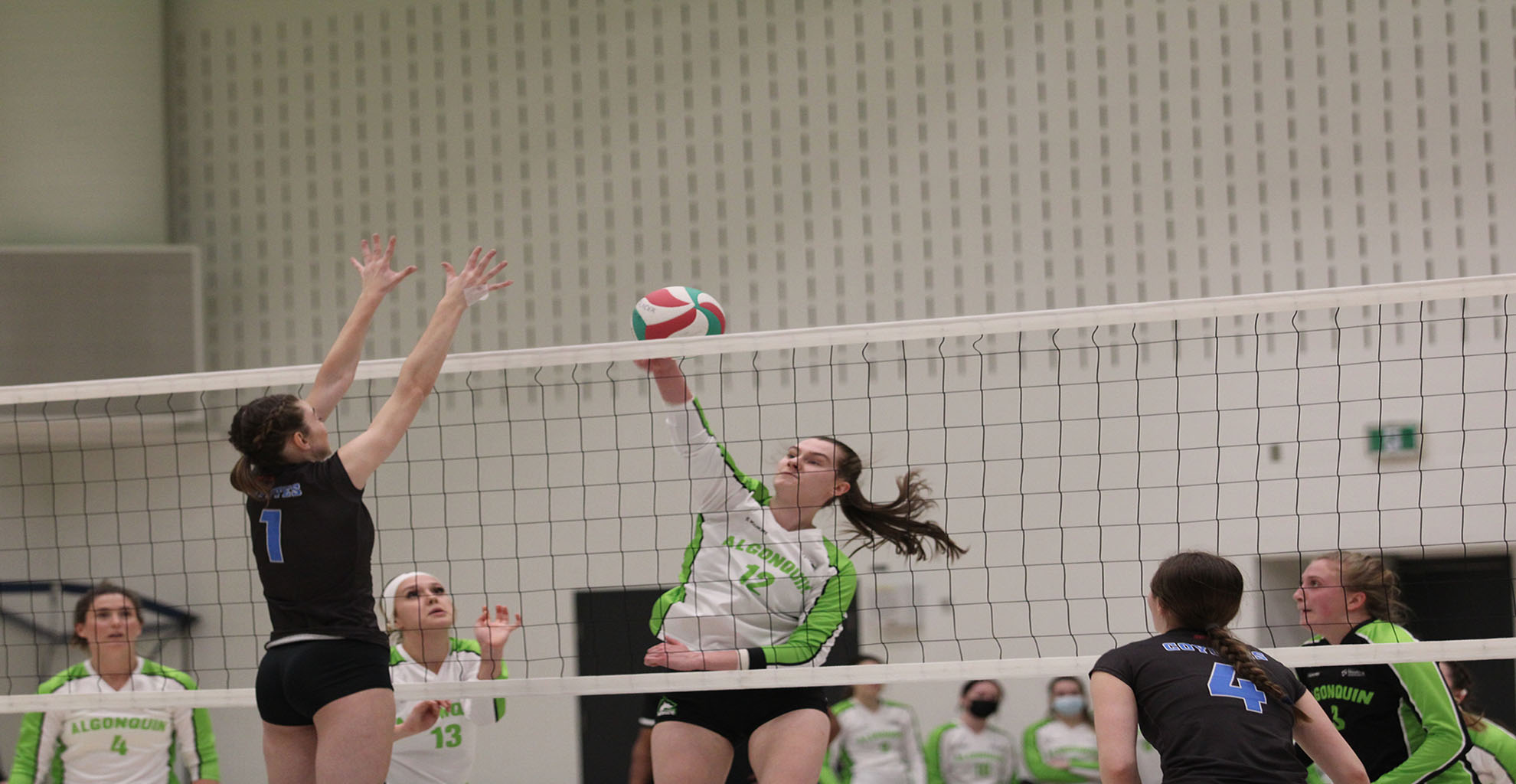 The Wolves returned to their home court on a two-match winning streak following five set victories over the Seneca Sting and the Loyalist Lancers.

After winning the first set on Feb. 25, they dropped the next two, forcing them to play a third consecutive five setter to claim the win.

“We continued to do the same things. We’re a more skilled team but we make errors at the wrong time and they pile up,” said Everton Senior, the head coach, after the match. “It’s the third game in a row we’ve done this.”

However, along with the win, Senior did find some positives from the performance.

“As many mistakes as we make throughout the match when it comes to crunch time we always seem to execute,” he said. “We don’t miss serves or make errors and that speaks well of this group.”

Kristina Renwick, the number nine who plays as a middle, spoke about the team’s strong performances during the most crucial moments.

“I think our team is amazing when it comes to resilience,” she said. “We’ve come back from some tough spots that we should not have won. But we get down to the grind and we’ve been playing a really clean game right at the end.”


The fourth-year player was excited about finally playing in front of a home crowd.

“It was great!” Renwick said. “It was awesome to see some people out there. My family was there and I can’t wait until we can have even more fans in here cheering us on.”

The Wolves won the first set 25-21 and lost a close second set 23-25. They were outplayed in the third set, losing it 25-17 before building a large lead in the fourth. They struggled to close it out but won the set 25-20 before winning a close fifth set 15-13.

The game previously scheduled for Saturday, Jan. 26 against the Fleming Knights was cancelled.

The Algonquin Wolves next face the Durham Lords on Friday, March 4, 2022, at 6 p.m. at the Durham College campus in Oshawa.