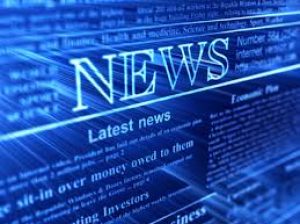 LOCAL
According to CTV News Ottawa the city has began a flood watch due to rising temperatures and snow melting. According to Pierre Poirier, the head of the city’s emergency management, extreme flooding is not expected this year, due to a slow snow melt; however, the city is remaining cautious. The city has 280,000 sand bags ready in the event of flooding.

According to an article from Global News opponents of the Keystone XL pipeline asked a federal judge to strike down a permit Donald Trump issued for the project. Opponents claim Trump circumvented a previous court ruling when issuing the permit. Opponents oppose the pipeline due to concerns about the environment and climate change. If approved the pipeline could see 830,000 of crude oil from Western Canada to Nebraska daily.

According to an article from CNN British Prime Minister Theresa May has requested another delay on the Brexit process from the European Union. May has requested an extension that last until June 30. May’s most recent extension ends on April 12. Any further extension would require approval from the European Union, whose members are seemingly frustrated at May’s lack of progress on Brexit. May will meet with leaders again on Wednesday, April 10, to discuss her latest request for an extension