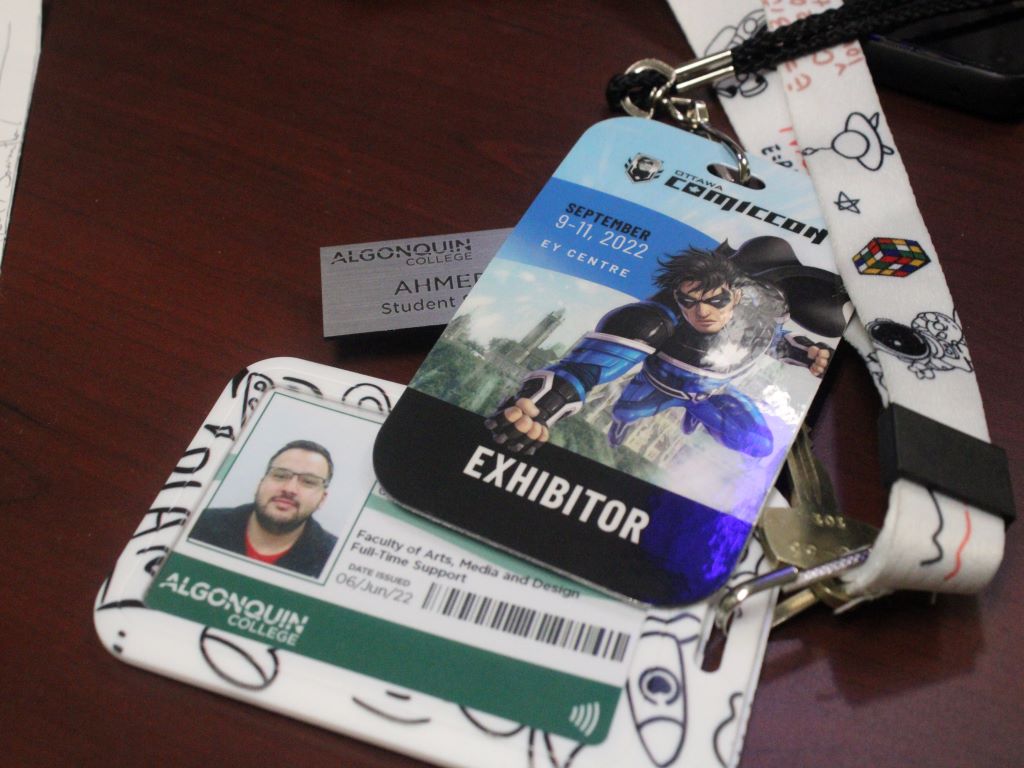 After a two-year hiatus due to the pandemic, Algonquin College returned to Ottawa Comiccon last weekend at the EY Centre. Comiccon provided the college with a convention booth to promote its animation program.

“The objective was to raise awareness to many young comic book fans,” said Ahmed Elbadri, a student success specialist at Algonquin College.

“Some are entering 11th or 12th grade and looking at future endeavours. Most people we end up talking to are interested in animation and illustration,” he said.

“It’s always a success when you get one student interested. I could confidently say we had more than a dozen students stop by, some fully committed with their portfolios ready,” said Elbadri.

According to Elbadri, 90 to 96 per cent of animation students find employment upon graduation. Some graduates worked on big films such as Frozen 2 and Spider-Man: Across The Spider-Verse. Elbadri said the program is waitlisted almost every September, due to it becoming more popular.

“Once you’re out of the program, you’re almost guaranteed a job,” Elbadri said.

Some graduates of the program stopped by the booth to tell prospective students about their work experience.

“We’ve been going since the first or second event, this is the seventh or eighth time. We’re looking to have a presence every year, at least from the animation side of things,” said Jonathan Holmes, a student recruitment officer of Algonquin College.

Although the animation program was the main focus, it wasn’t the only program promoted at the booth. Some of the other programs featured were film and media production and illustration.

“My hope for the future is to get other programs to participate. Programs like game development to build awareness for those areas,” Holmes said.

With Ottawa Comiccon being a yearly event, Algonquin College staff are hoping to return to future conventions.