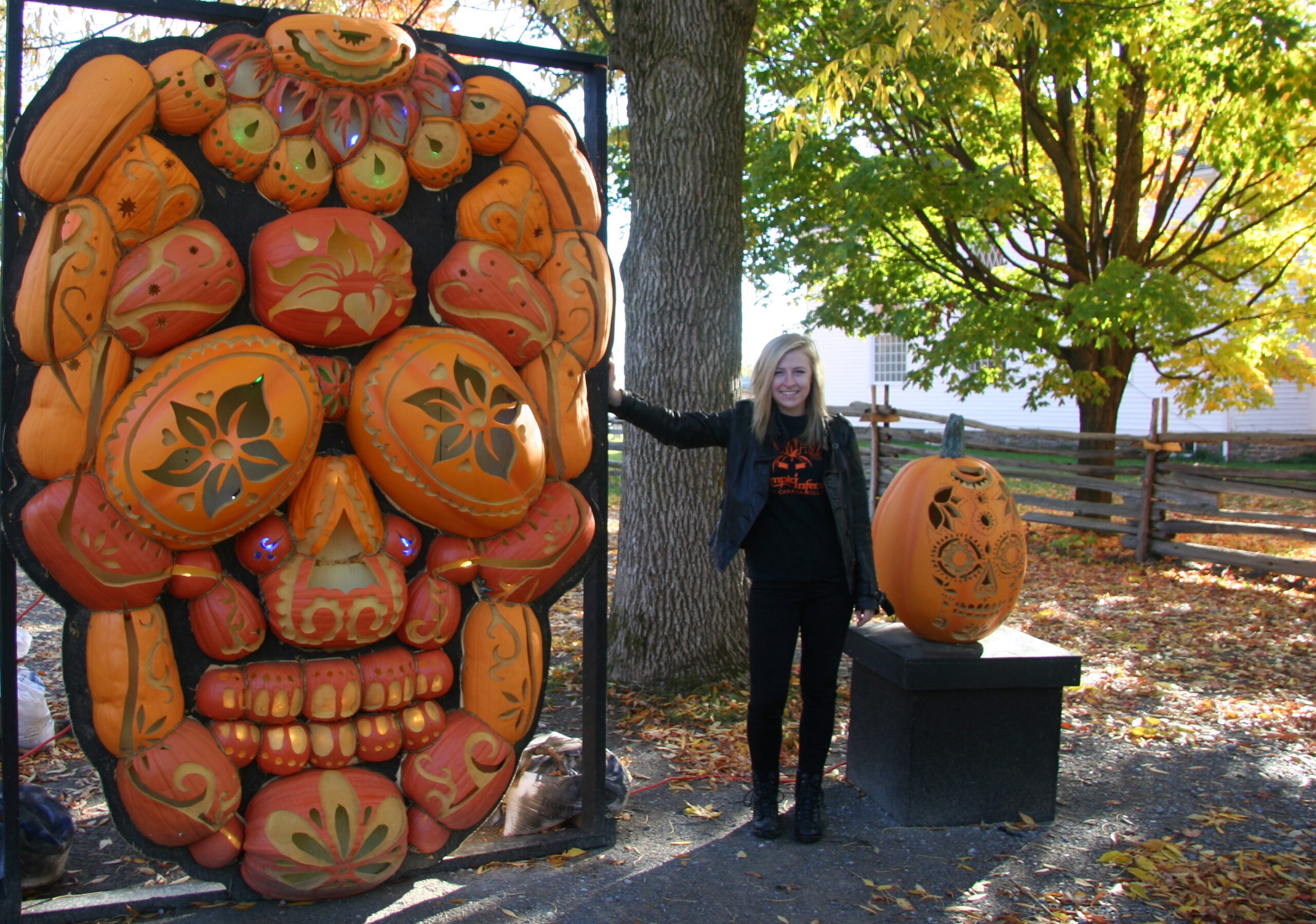 Pumpkinferno is an award winning fall event that has been held each year at Upper Canada Village near Morrisburg from late September to Halloween. The event features approximately 7,000 specially carved pumpkins located along a route through this historic village.

She has worked as a Pumpkinferno student carver between 2012 and 2015. In 2016, Smelko was hired as the production development and event production coordinator, a position she held until 2020 when she became the special events officer at Upper Canada Village.

She commented how one of the more satisfying parts of her work are seeing the displays in place and receiving comments from happy visitors at the event. Smelko explained how five carvers are hired each year to carve the over 2,000 new pumpkins that are needed each year.

As visitors leave the Discovery Centre, they are greeted by a pumpkin display that welcomes visitors to Pumpkinferno. Participants are asked to take a selfie at selected pumpkin displays throughout the Village as part of a photographic scavenger hunt.

Travelling through the village, visitors are greeted with smiling pumpkins, sinister looking sea creatures, aliens from outer space and this year in the fairgrounds a salute to the 1970s featuring the iconic band Queen. Smelko said this display was designed to provide visitors with a feeling of being at a rock concert.

Adding to ambience, visitors travel the route are musical solutions and sound effects. From the different types of music played to the roar of dinosaurs, this feature certainly adds to the enjoyment of this fall experience.

The village also features carnival style games and a display of pumpkins decorated by children from several local schools.