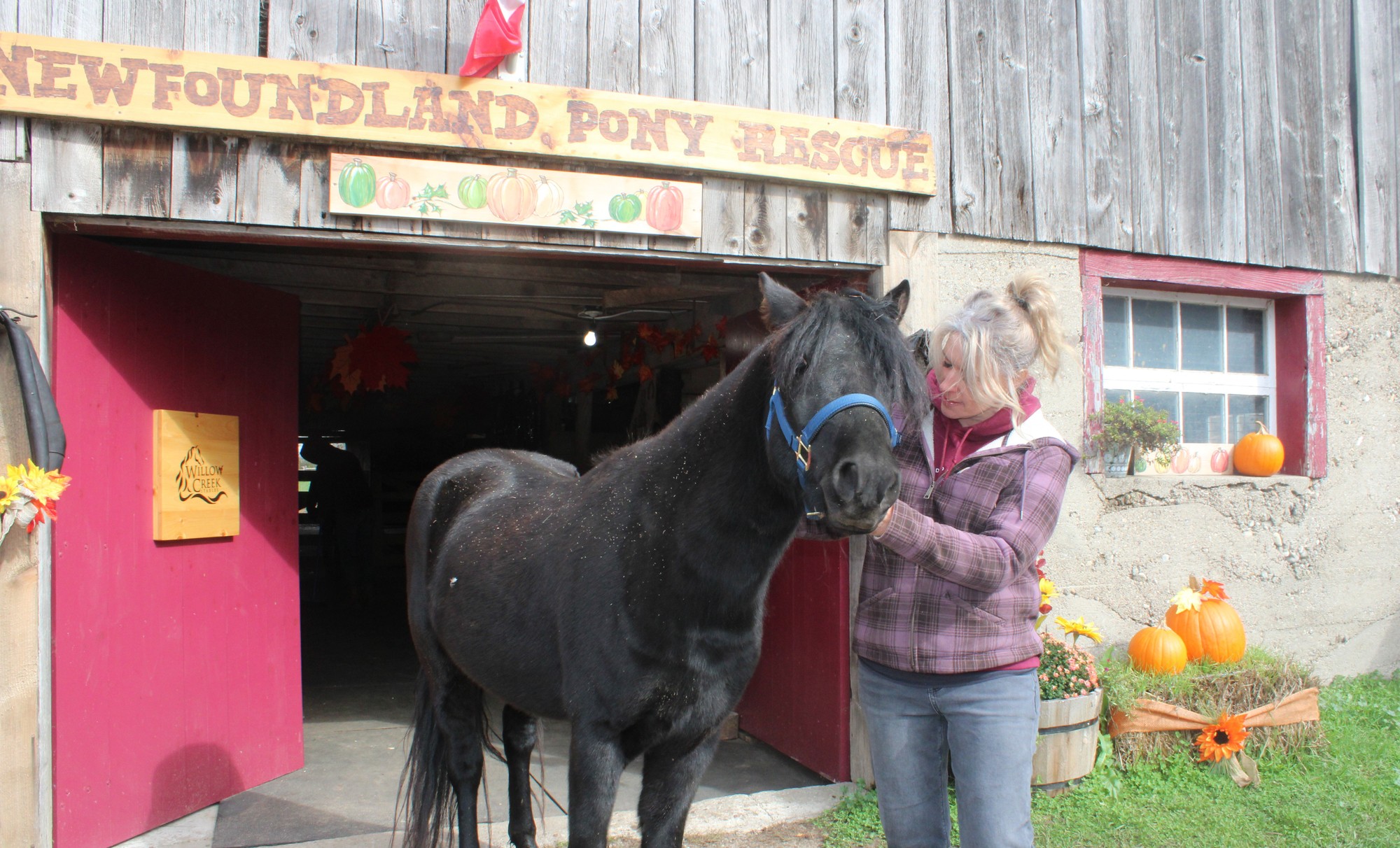 Since September 2021, wood shavings have been donated to Willow Creek Stables from the Perth Campus of Algonquin College.

Operated by Korrine Affleck and Wayne Jordan, Willow Creek Stables is located just outside of this North Lanark community and is a rescue and breeding farm for the Newfoundland Pony.

Pat Murphy, a professor in the heritage carpentry and joinery program at the Perth Campus explained that the donation of wood shavings from their joinery shop are bundled in bags weighing between 35 to 50 pounds, with four to five bags dropped off weekly to Willow Creek Stables.

The breed evolved from ponies brought to Newfoundland by early European settlers and roamed free in this Atlantic province, only harnessed when needed for work. Affleck explained that in the early 1970s, anti-roaming laws were passed by the provincial legislature that labeled these animals as a nuisance, causing thousands to be slaughtered and sold for food consumption in Europe. With a population of less than 500, they are now considered a critically endangered species.

Murphy described how Korrine and Wayne have created a “little slice of paradise” at Willow Creek Stables, calling it a “win, win, win, win” situation. He believes that the donation of wood shavings has created a chain of support for local businesses, with the wood, sourced from McVeigh’s Sawmill, being used by the students and then the shavings helping the ponies at Willow Creek.

Once the shavings are soiled, they are sent to The Table Community Food Centre (TTCFC), a local organization that provides food security services, a community garden and other programs designed to support people in the area. Compost derived from the used wood shavings is used to grow food for the centre and its community.

The donation of wood shavings from the Perth Campus provides huge savings for the rescue ranch. “They are doing such an incredible job with the ponies, we’re happy to help,” said Murphy.