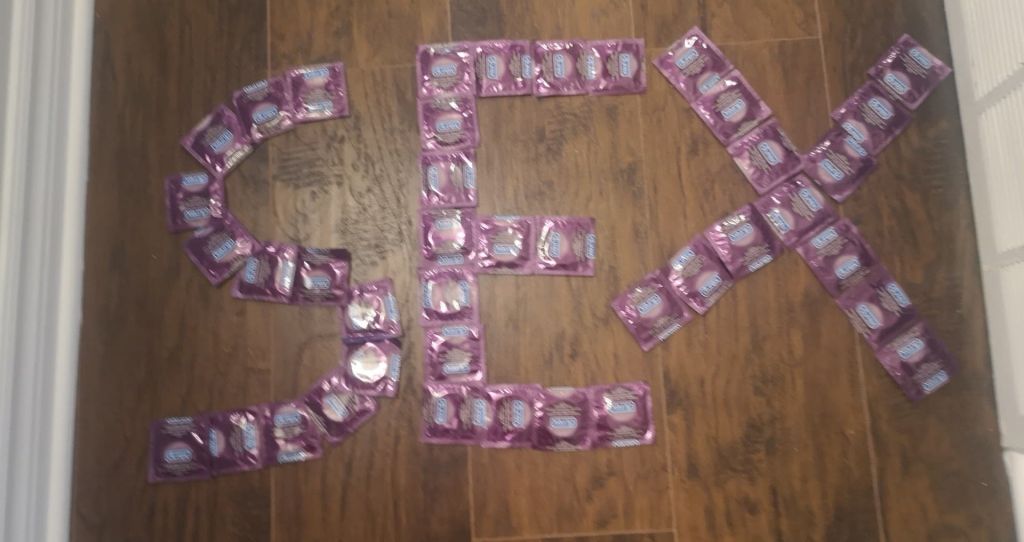 Hancock and Crawford may have the titles associated with college staff – a group counsellor and the sexual violence prevention and harm reduction co-ordinator, respectively – but they made the conversation spicy. It was a judgment-free zone.

Topics ranged from the intimacies of sex and sexual health to kinks and sex toys.

It also has a list of the most-to-least popular kinks.

Julien Tremblay McLellan, a library and information technician student at Algonquin College, said he attended because he wanted to, “engage in a dialogue with a professional who could talk about sexual relationships and answer questions I’m not comfortable asking my friends.”

“We’re very timid to open up a conversation about sex,” said Tremblay McLellan. “We’re afraid of the repercussions it could have with other people and ourselves.”

“It has to be planned carefully,” she said. She also warns against the use of coconut oil as a lubricant because it can break down condoms.

Talking about safe and sanitary practices naturally moved people toward another sexual health topic many have difficulty with.

How to pop the question to a partner: Will you get an STI test?

Most people worry because they think the question is offensive.

The best way to do this, according to Crawford, is to pose the question in a positive light.

Tell them that there is something specific you want to do together, but you need to get tested. Offer to go together, like a date. If the relationship is becoming exclusive, the reason could be as simple as wanting to move away from condoms.

Karen Baker who was there for the event, put it plainly.

“It’s respect,” she said. “If someone isn’t willing to get tested, it’s disrespectful.”

After all, it is your health they are putting at risk, and condoms aren’t always 100 per cent effective. In Crawford’s words: “Sometimes they fall off.”

The event was recommended to Smith as “a way to come out of my shell so to speak when it comes to discussing sex and intimacy.”

“I would definitely recommend this to other people,” Smith said. “You can never have too many resources when it comes to sexual health and wellness.”