The man of many words: James Cybulski 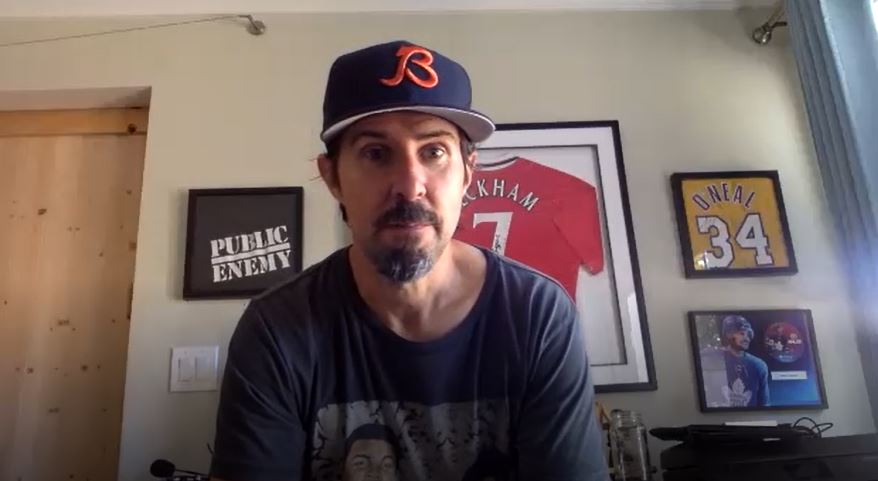 When you launch a game of EA Sports’ NHL 20, you hear the voice of Algonquin College graduate, James Cybulski.

Most stories have humble beginnings, and that is no different for Cybulski. From going to junior A hockey games with his dad at the Earl Armstong arena in Gloucester, Ont., to covering the Ottawa 67’s with CKDJ radio, all the way to being the voice of EA Sports’ NHL 20, it has been a winding road.

Cybulski knew from a very young age that he was a sports fan.

“I think back to 1984,” he said. “That year was such a pivotal year that really shaped me as a sports fan. One day for Christmas and my birthday, my aunt sent me an Edmonton Oilers toque, scarf and mittens. I decided that I’m going to cheer for these guys.”

The ’84 Oilers were built with players like Wayne Gretzky, Paul Coffey and Jari Kurri.

“In the ’84 Stanley Cup final, I was old enough to stay up and watch,” said Cybulski. “I remember the series-clinching game. That was the first time I had ever seen the Stanley Cup being hoisted. That moment really resonated with me.”

“It wasn’t just that though,” he said. “Just a few weeks later the Ottawa 67’s won the Memorial Cup with the legendary Brian Kilrea behind the bench.”

The goal for Cybulski through high school and college was always to end up in sports.

“My dad was a cop,” he said. “There were times I thought about being a police officer. Being a lawyer crossed my mind, but it always kept coming back to sports.”

The first taste of covering and broadcasting sports came before he graduated from Algonquin.

When the Ottawa Senators joined the NHL the Ottawa 67’s were pushed aside from the broadcasting standpoint. Algonquin College had recently started a radio station known as CKDJ. The 67’s allowed CKDJ to broadcast some of their games that season, and Cybulski was on the commentary crew. It was just the start.

From there, Cybulski found himself taking advantage of more experiences that many don’t get the chance to have.

“I got the opportunity to call a pre-Olympic boxing tournament in 1992 before the Barcelona Games,” said Cybulski. “They gave me a chance to call play-by-play on air. I was 17! I auditioned in a van on the way to the event.”

“I was really scared, but I got the gig,” he said. “It was a pre-Olympic tournament so there were lots of athletes on the card who would end up fighting in the Olympics in Barcelona including a guy who went on to become the heavyweight champion of the world, Chis Byrd, so that was kind of neat.”

Things didn’t always look so bright for Cybulski, particularly when it comes to schooling.

“Initially I wanted to get into the TV side, but I didn’t get into the program,” he said. “I got put on a waiting list for the radio program and eventually got in and started there.”

“The radio program really shaped me as a broadcaster,” he said. “It helped me learn how to talk and communicate more effectively to be on air.”

Cybulski first dipped his toes into the NHL on a program called ‘Overtime’ on Rogers TV.

“Rogers started a Senators show and they needed a host,” he said. “It was supposed to be a two-man team, but the other guy had to pull chute at the last second, so I did it solo the first year. It was a great opportunity, but it was also great exposure. It was a lot of fun.”

From there, a series of other gigs including Chez 106 in Ottawa, the Ottawa radio station CFRA, the Score, and Team 1040 in Vancouver before they were eventually taken over by TSN.

When the Winter Olympics went to Vancouver in 2010, Cybulski was given the opportunity to be a correspondent.

“Vancouver was incredible,” he said. “The weather was great, the people were euphoric. It was such a party.”

“We were the host broadcasters and we had all the access,” said Cybulski. “We had all the prime spots, prime locations, the lead interviews. It worked out really well. I was very thankful for the opportunity.”

“I covered long track speed skating,” said Cybulski. “It was so much fun. Being around the Canadian athletes you could sense the pressure. When things started to go well, it was great. All of it across the board was really fun.”

Like everyone else, Cybulski certainly has his favourite moment from those Winter Games stored in his head.

“The night that really stands out in a lot of ways for me is a night that I was dreading,” he said. “There was such a party going on in Vancouver in the streets every day for two weeks. They didn’t have anyone who was out on the streets covering it. I was asked to come out and cover it. I didn’t want to be the man on the street. I thought I was past that.”

“I would walk down the street and as soon as the camera guy would turn on the camera hundreds of people surrounded. It would only get bigger as the night went on,” he said.

“It was the night that John Montgomery won gold in skeleton and walked down Whistler Village with a big jug of beer,” said Cybulski. “It is this great and iconic image from 10 years ago. Then Canada wins gold in women’s bobsleigh. It’s Friday night, it’s a beautiful night in Vancouver, the party is on, and I am right downtown Vancouver and we fire up the camera and there were thousands of people mobbed around me.”

Cybulski has been building a resume since he was a student at Algonquin, and in 2019, he completed what was another dream for him. He is the voice of EA Sports’ NHL 20.