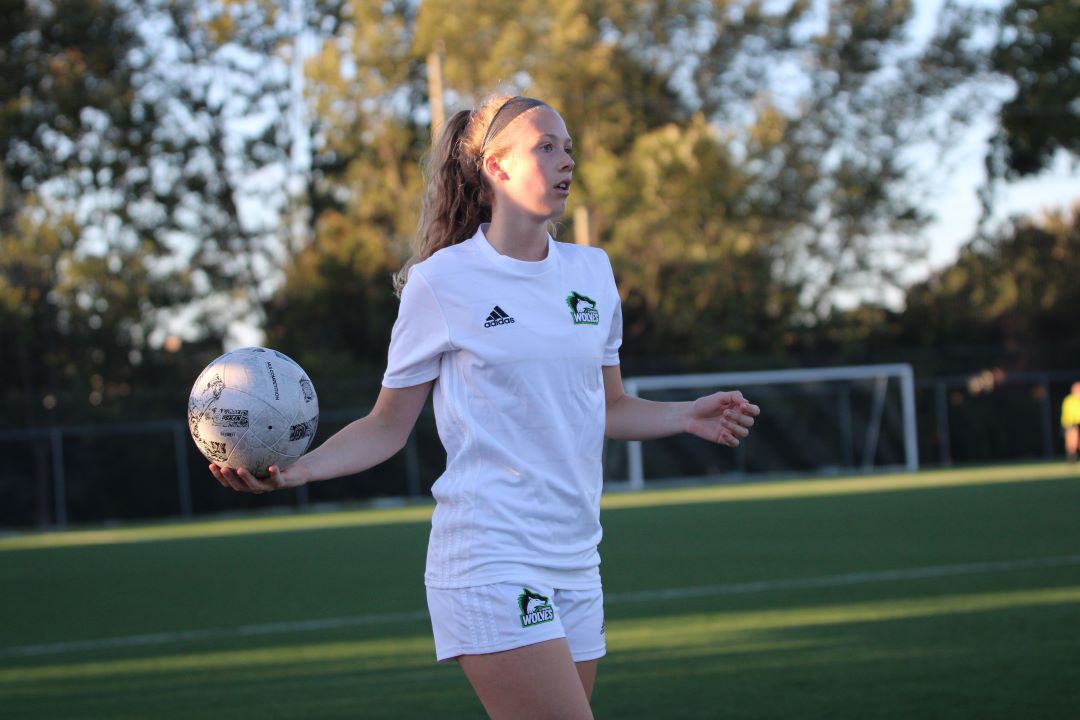 The Algonquin College women’s soccer team wasn’t helped by a week of rest as it suffered its first defeat of the season on Friday evening.

The Wolves couldn’t find the goal against the Centennial Colts who left Ottawa with all three points after their 1 – 0 victory.

For Wolves head coach Basil Phillips, the reason for the result was very simple.

“We couldn’t finish,” he said. “We weren’t inventive enough in the final third and that killed us today.”

The hosts dominated possession, taking 25 shots, 10 of which were on target, and had six corners. However, the Colts defense held firm against the Wolves previously free scoring offense, ensuring the home team failed to score for the first time this season.

The visitors found their goal in the 64th minute when they converted a corner and put the Wolves into a position they had only faced in their first game of the season. However, unlike that game when they scored twice in a 2 – 2 draw, they would never find an equalizer.

The closest the Wolves came to continuing their scoring streak was through Jordan Blades-McHenry, who smashed the outside of the left post in the 87th minute.

At the time of writing, Blades-McHenry remains on top the scoring chart despite her personal scoring streak also coming to an end. She had scored in all of the Wolves games before Friday.

“It’s a tough one when you have a loss like that,” said Phillips, speaking after the game. “We’ve got to quickly forget, come back and execute tomorrow. Then next week we go back to work to try to figure out why we couldn’t finish in the attacking third.”

Phillips was hopeful the defeat could help push his team as the season continues.

“It doesn’t leave us in a bad spot. We had no designs that we were going to go undefeated all season anyway, so we get a loss now and maybe it’s a bit of a wake-up call for us. We’ll see how we use that to motivate and push going forward,” he said.

Unfortunately, Saturday’s game against the Fleming Knights did not take place as scheduled due to the Knights having unforeseen transportation difficulties.

They next play the George Brown Huskies on Friday at 6:00 p.m. at the Esther Shiner Stadium in North York.