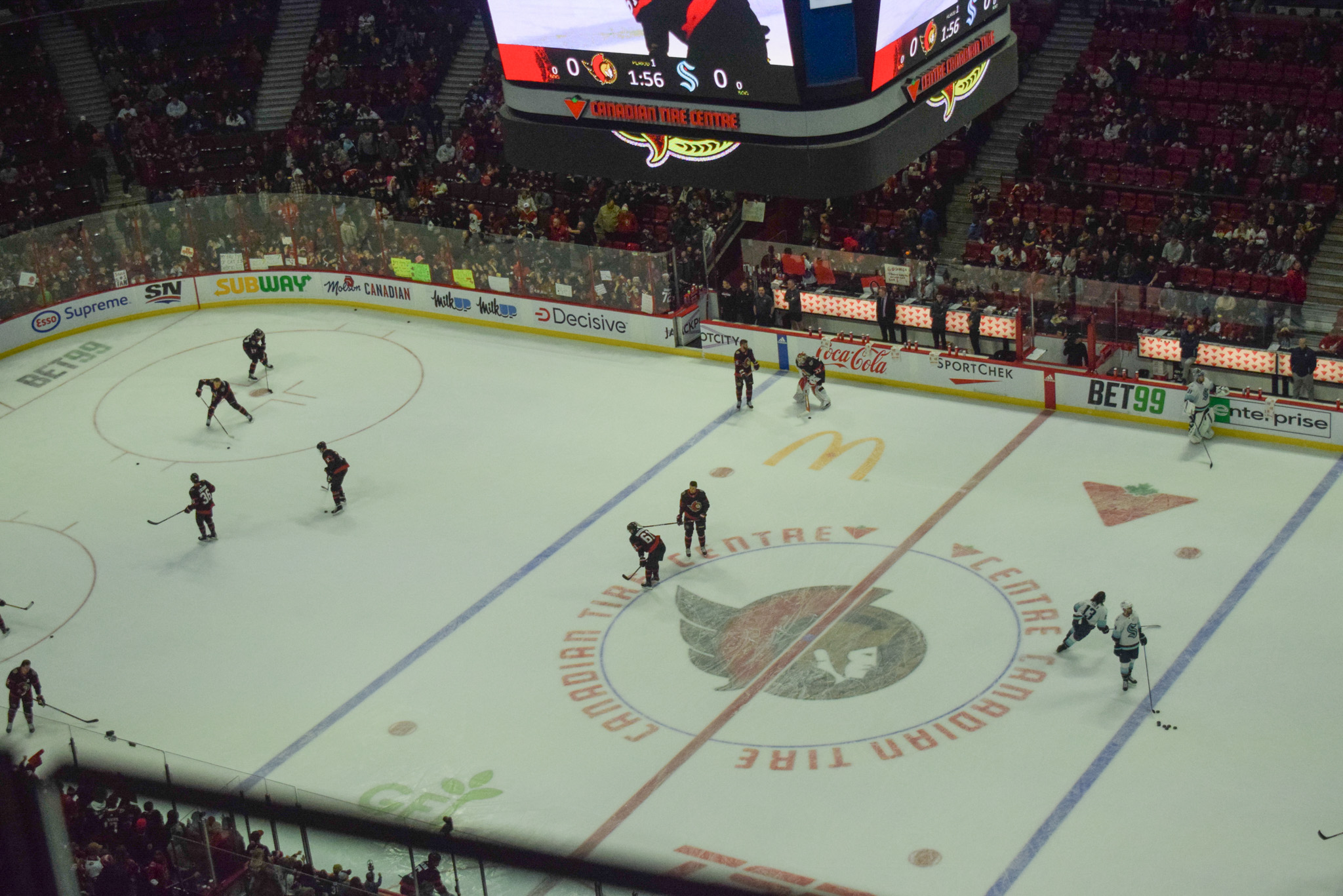 The Ottawa Senators had their goals doubled in high scoring affair on Saturday, Jan. 7 as they lost 8-4 to the Seattle Kraken. Photo credit: Liam Fox

The Seattle Kraken came into a packed house of 19,437 on Saturday, Jan. 7 at the Canadian Tire Centre and silenced the crowd with an 8-4 victory over the Ottawa Senators.

After beating the Senators, the Kraken picked up their fourth straight win bringing them to 22-12-4 on the season. This halted the Senators’ two-game winning streak making them 18-18-3.

The Kraken’s eight goals were all scored by different players, while Jordan Eberle and Andre Burakovsky each had three points with one goal and two assists respectively.

The one shining star and positive takeaway from the loss was another big performance from Tim Stützle where he had three goals and one assist. Since returning from a shoulder injury Stützle has advertised 12 points in seven games and eight points in his last three games.

Still, Stützle would sacrifice his individual performance for a team win if given the chance. “I would trade any one of those goals for just getting the win tonight,” said Stützle in a clip shared by the Ottawa Senators on Twitter.

The Senators will look to regroup as they wrap up their homestand with a matchup against the Nashville Predators on Monday, Jan 9.