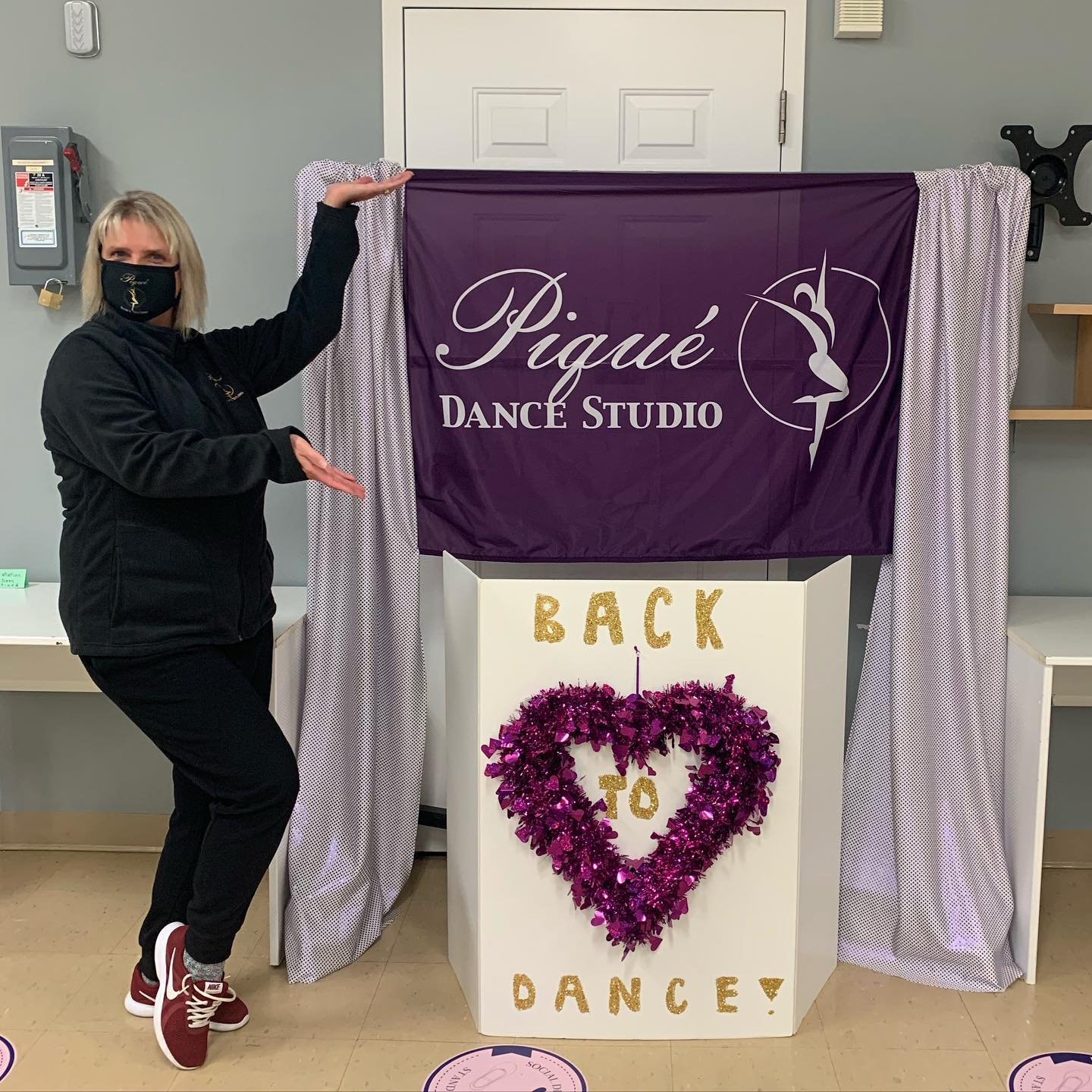 Back to dance at Pique Dance Studio

On Oct. 19, Lisa MacLeod, Ontario’s minister of heritage, sport, tourism and culture industries announced that dance studios would be allowed to re-open following all guidelines that have been put into place.

“I can confirm that indoor dance classes can resume in modified Stage 2 regions after a decision taken by our government with the advice of the Chiefs Minister Officer of Health and the Ministry of Health,” said MacLeod via a post on Twitter. “All participants must be pre-registered and maintain at least two metres apart.”

What will some of these restrictions look like? They look about the same as you have come to expect from any business during the pandemic.

“When you go into the dance studio you have your little boxes that you stand in,” said Ethan Carty, a dance teacher at Algonquin in the performing arts program. “Generally when you are teaching dance, people are spaced out. You can manage it to be spaced out while wearing masks.”

Upgrades and extra purchases to keep the studios a safe and COVID-19 free zone have been plentiful, and they have not been cheap.

“I have two people that I pay every night to watch the kids,” said Koryn MacArthur, owner of Piqué Dance Studio in Manotick. “People have to come in and line up distanced, we take their temperature, they get some hand sanitizer.”

But the precautions don’t stop there at Piqué Dance Studio.

“We have a contact tracing book where everyone checks in,” said MacArthur. They have to wait on a socially distant circle in the lobby before the teachers let them in. We have new laptops, new televisions, and we upgraded our wifi.”

Even taking things as far as cleaning the washrooms between each use.

“We clean after everyone goes to the bathroom,” said MacArthur. “We have an alerting system that lets us know when someone goes into the washroom.”

“It was over $10,000 we invested,” she said. “It was worth it because that way we could keep dancing and we could keep the kids safe.”

The hope is that these new guidelines won’t stop classes from being fun and won’t take too much away from the class when classes can go back to being in person. That could become a challenge in the performing arts class at Algonquin,” says Carty.

“Not having the opportunity to perform in front of large crowds hurts because it’s one of those things that comes with practice,” he said. “It’s not something easy to replicate on Zoom.”

Even for in-person classes at Piqué Dance Studio, things have been changing for the actual classes themselves.

“Things are going to have to change,” said MacArthur. “Any of the contemporary routines that we have lifts and things like that in or people are touching each other will all have to change.”