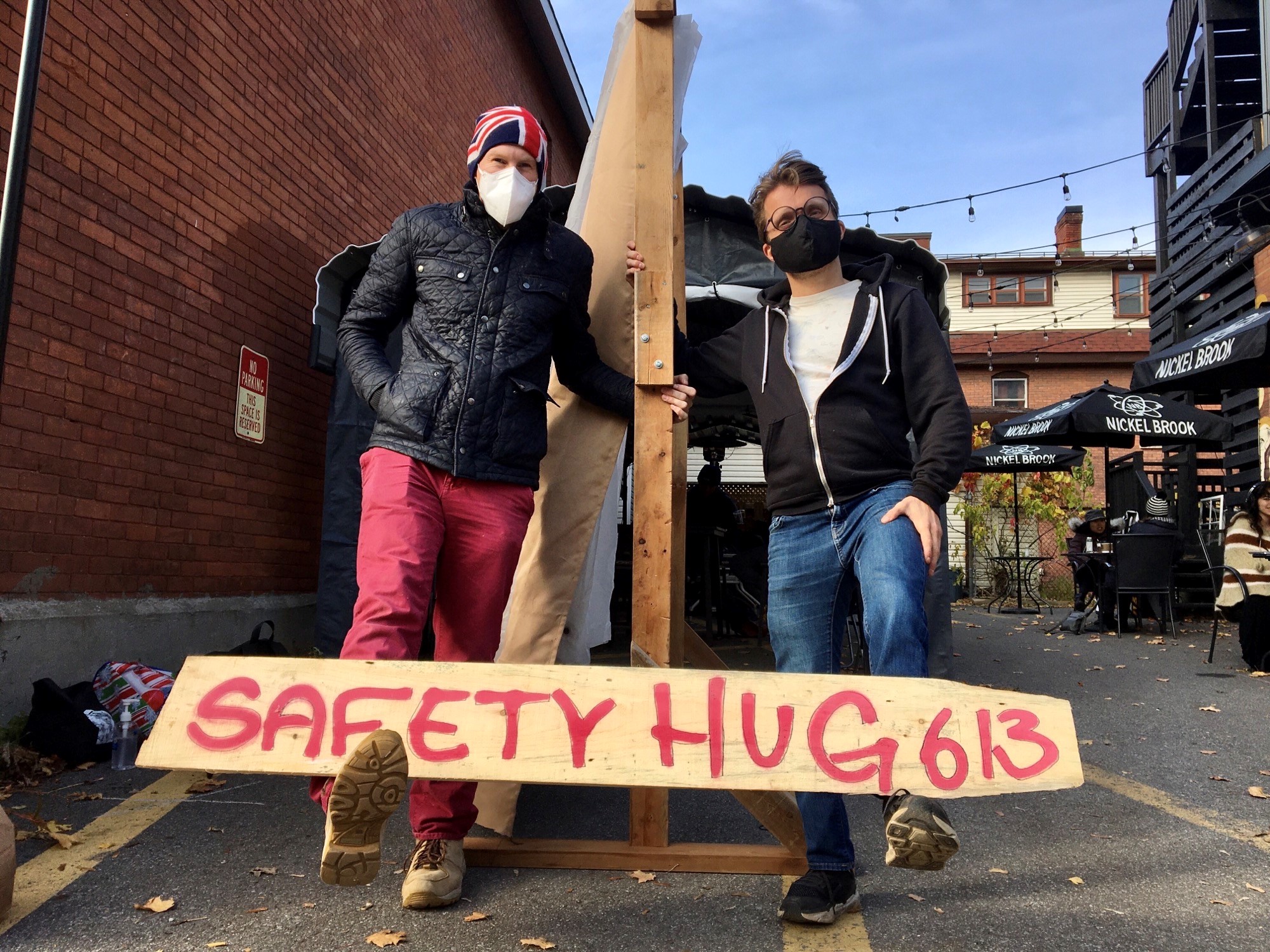 When Peter Szanto, a former social work student from Algonquin College saw a pop-up activity in his neighbourhood, he was curious to know what it was.

A wooden frame with plastic curtains in the middle seemed like an art installation to Szanto at first. It was called Safety Hug. Curious, he wanted to know how the hug would feel. Making his way through the layers of curtain and holes to put his arms in, he hugged his friend using the apparatus.

“Relatively speaking, the device seems fairly low risk for COVID-19 transmission,” said Szanto. He described his experience as minimally helpful to feel connected. “It looked like a fun little installation and I decided to try it. Might help a little to feel connected.”

When six feet apart became the new normal, two Algonquin alumni, David Narbaitz and Jesse Burcsik decided to take matters into their hands. Intending to spread love and bring back the lost human touch in an innovative way, the pair created a COVID-safe hugging device.

When Narbaitz, a solar technician, saw people struggling around him, he realized how important the human connection is. His idea led to a discussion with his partner, Burcsik, and Safety Hug was born. The project recently won an award from Awesome Ottawa, a foundation that provides grants to local innovative ideas, along with a grant of one thousand dollars.

“We have been travelling around in different communities in Ottawa and ask people to participate,” said Burcsik. “We carry this pop-up activity to parks and busy streets, making it accessible to a wider audience. This is our small gift to the community.”

The makers call this project a “community discussion.” Open to criticism and alternative solutions, both Burcsik and Narbaitz welcome suggestions from the community members. Their only aim is to spread happiness and hug out the differences.

“One day, after trying the safety hug, a man had replied, ‘I really needed that,’ and this was our achievement,” said Narbaitz.

The next venue on the team’s list are seniors’ homes. “We’re waiting for feedback from the Ottawa Public Health. Once we get a green signal, the plan is to spread wider,” said Narbaitz.