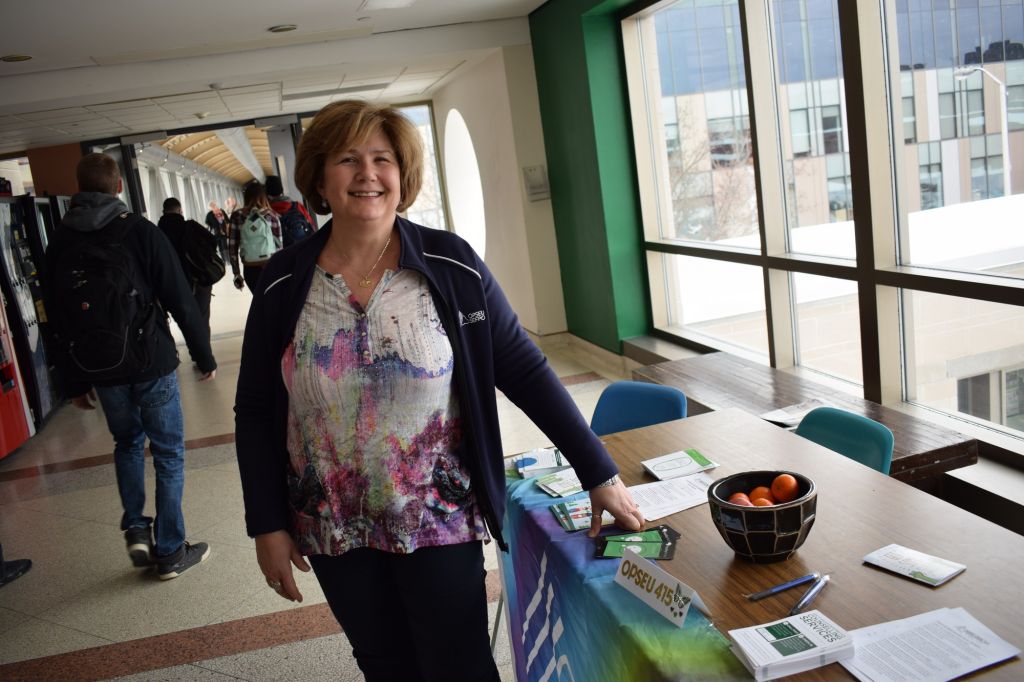 Judy Puritt was one of the fulltime faculty eligible to vote in the March 13 byelection. The vote had been rescheduled twice; once due to an inaccurate membership list, and the second time due to the college closing due to weather.

After voting discrepancies and a delay, the byelection for the Ontario Public Service Employee’s local union second vice president (OPSEU Local 415) was held on Wednesday, March 13, with legal studies professor Annette Bouzi being declared the winner.

Bouzi, a lawyer, ran against faculty member Tracy Henderson in the election.

According to an email sent to members of the union, 360 ballots were cast.

The byelection initially took place on Dec. 5, 2018, but was declared null due to voting list inaccuracies.

The vote was open to partial and full-time members of the union.

“There were issues with the list and people’s status can change from semester to semester,” said Nelson Ross Laguna, OPSEU region four representative and electoral officer for the Local 415.

Laguna said that all of these things could have contributed to the confusion surrounding the first vote being declared null.

The byelection was then scheduled for Feb.13, but was postponed due to safety concerns surrounding inclement weather that week.

“The delay was explained by the regional office: it was because of the snow storm,” said Judy Puritt, steward of the union executive and secretary of the local 415.