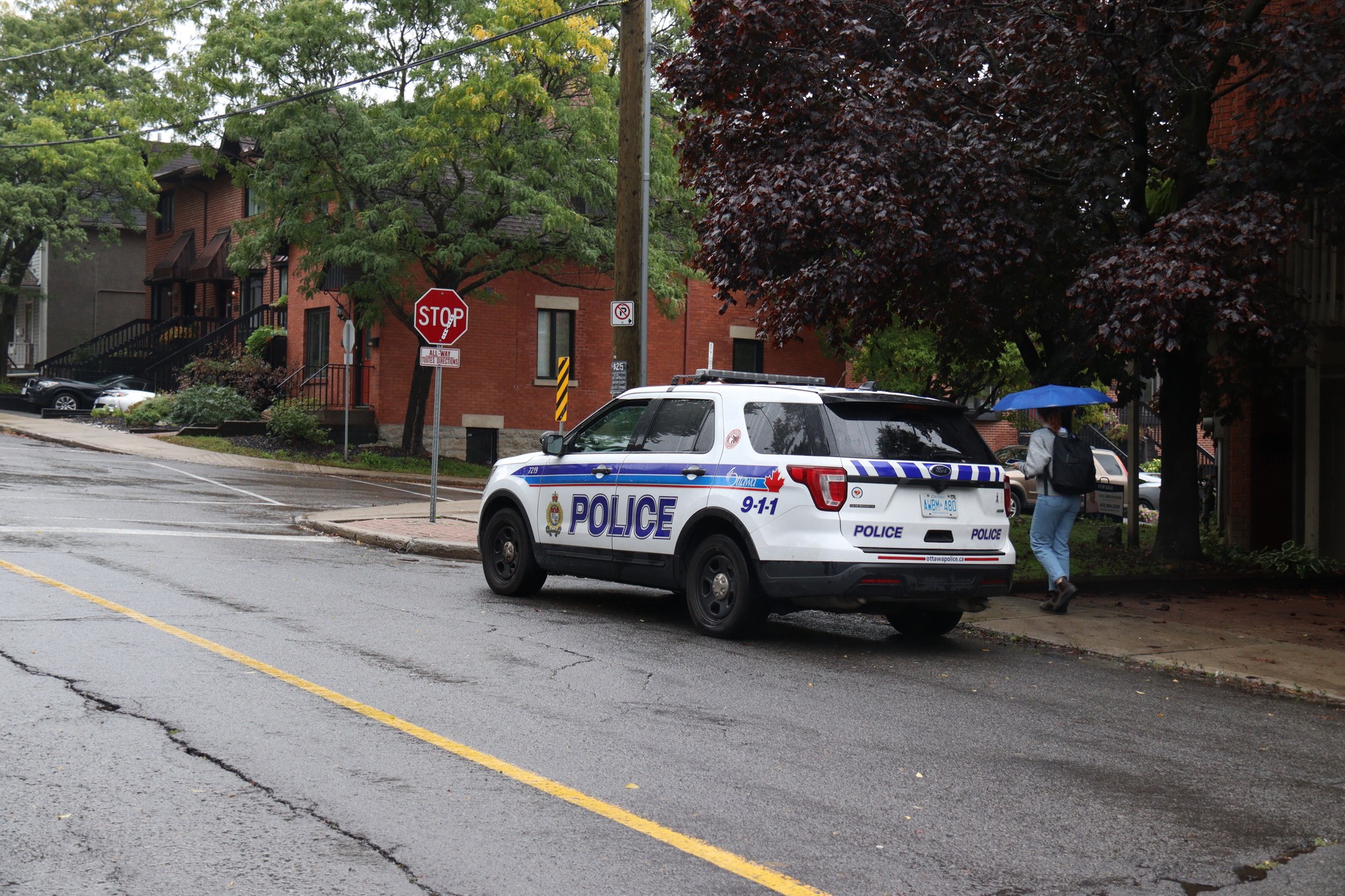 Thousands of people attended a street party in Sandy Hill on Saturday night to celebrate a University of Ottawa win against Carleton University at the annual Panda Game football match.

The party, which began around 6 p.m. on Russell Avenue, quickly escalated to the point where a car was flipped upside down in the middle of the street. People then climbed onto the car and threw empty cans and other debris into the crowd.

“I’ve never seen anything like that,” said Mitchell Pilon, 23, a student in the business administration – general business program at Algonquin College who witnessed some of the party.

Pilon decided to check out the excitement with his friends who attend uOttawa. He says by the time he arrived at the party, around 9:30 p.m., that the car had already been flipped over.

“I didn’t expect that, for it to be completely packed like that. I mean you could hardly move through the street,” he said. “I saw the car that was flipped, there were a lot of excited people that were on top of the car. And you could see the cops, so it was pretty controlled. I think it could have been a lot worse, but I don’t think people were that bad.”

According to paramedics, seven people were transported to the hospital, although no major injuries were reported.

The Ottawa Police Service released a statement on Sunday stating they are reviewing social media, video and other investigative information to learn more about the events of Saturday night. They hope to lay charges to anyone they can identify who committed crimes.

The university hosted a pre-game party in the Sandy Hill Arena. The event had police and paramedics present to ensure a safe and fun experience for those who attended.

Police were also present at the football game which had large but controlled crowds. They celebrated by storming the field at the end of the match when the uOttawa Gee-Gees defeated the Carleton Ravens with a score of 19-17.

In previous years, there have never been large street parties in the evening, so police had not prepared to patrol the Sandy Hill area on Saturday night. Units were re-deployed around 8 p.m. after receiving complaints from residents.

“I think they did pretty good,” said Pilon, about the police on the scene. “I think if the police had gone into the crowd then it could have turned into a riot and somebody could have gotten hurt. By them sticking to the outside to make sure it didn’t expand, that was a smart thing. And allowing us to burst our energy and then let it calm down a bit, which it did a couple of hours later.”

The future of the Panda Game may be at stake, with some saying this event is enough to cancel the game forever.

“Maybe it should be regulated because you can’t be out drinking in public. But how do you give out 2,000 tickets? I don’t think they should cancel Panda, it’s a lot of fun,” said Pilon.