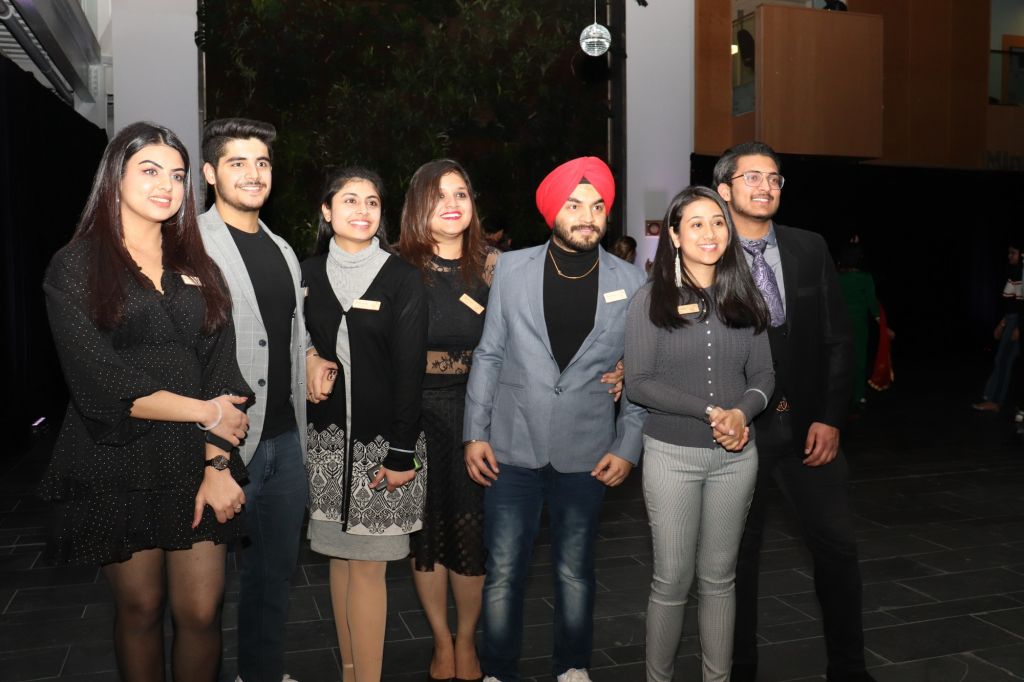 The Indian Student Society, in collaboration with the Students’ Association, held the first homecoming of the decade on Saturday, Jan. 25, in the ACCE building.

The theme of the event was Homecoming/Freshers and it was held for all the international and domestic students to get to know each other.

“They have the perfect leverage to use the resources to make an impact and bridge the gap between the domestic students and the Indian students,” said Kortney Force, 24, a business management student.

At the event, there was a popcorn stand, an ethnic jewelry booth, a booth organized by the Women in Computer Science for games and the Glow photo booth. The photo booth was popular with the attendees.

“The Indian Student Society is a good idea since now students can come together as a country and not from different states,” said Aradhita Sudhir, 18, biotechnology student.

Prachi Bhatia, 26, won a ticket for the event from a contest on Instagram.
“There should have been more people here, people who don’t use social media didn’t get to know,” said the international business management student.

According to the president of Indian Student Society, Shivand Dhawan, the promotions started on January 6. “The songs were only going in one direction and there could have been a better choice,” said Dhawan, a 19- year-old computer technician student. “Since the majority were Indian, it was a success.”

The event was kicked off by a stand-up comedy piece by Peter Saran from Carleton University. It was followed by a song performance and a dance by the Bhangra club. DJ Mian, from Toronto, played open music through the rest of the night.

“I loved that the songs were Bollywood,” said Bani Kaur, 22, an interactive media management student. ” The photo booth was very exciting but some more people would have been better. It felt very India oriented.”

There were some non-Indian international students who attended the event too.

“I learned some Punjabi moves, and this was all new stuff,” said Dani Bouassi, a 19-year-old student from Lebanon. “There were fewer people but that didn’t affect the event.”

The members were expecting 200 students and they sold around 90 tickets.

The event went on after 10 p.m. with the open DJ and ended with food and the recitation of the Indian National Anthem.