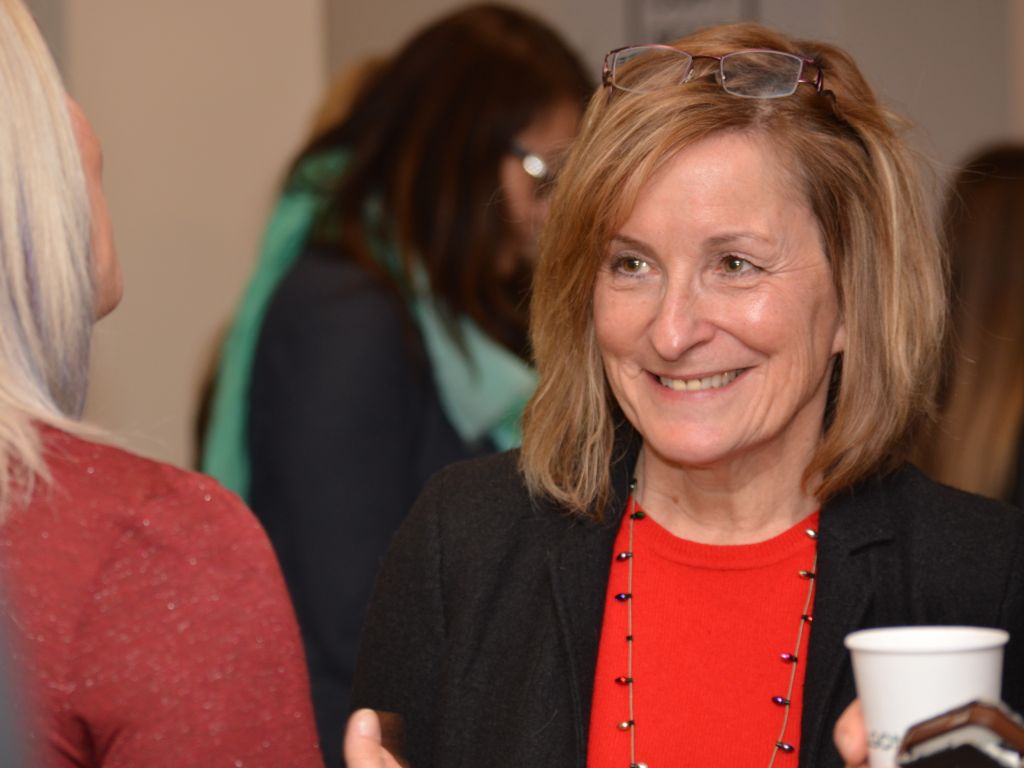 Cheryl Jensen chatting with colleagues at a holiday party Dec. 21, 2017.

President Cheryl Jensen will be retiring as chief executive officer of the college.

Jensen will be departing the college at the end of her five year contract, which ends in September 2019.

“This is a bittersweet time for me because Algonquin has been such a high point in my career, but I am also looking forward to turning my attention to my family, and especially my grandchildren,” said Jensen in a release March 26.

“During my time at the college I have always tried to advance our mission — to transform hopes and dreams into lifelong success. I hope that, with the support of a wonderful Algonquin team, I have been able to play a role in that transformation for many students, who have always been my priority and my greatest joy.”

In the announcement addressed to the college by the chair of Board of Governors, Peter Nadeau, Jensen’s accomplishments over the years were noted.

Enrolment for the past two years have hit record breaking numbers. Last year, the college had its highest level of full-time post-secondary and graduate certificates, he said.

The college has been at the front of Canadian post-secondary institutions in working toward the Truth, Reconciliation and Indigenization initiative.

The DARE District was funded federally and is known as a cutting-edge complex—the first of its kind in Ontario. President Jensen also spearheaded the labour relations strategy and developed the People Plan, a strategic method for success and leadership.

The college was named one the region’s top 25 employers; also established the popular Alumni of Distinction Awards and Gala.

A search for the next president will be carried out immediately, the release said.