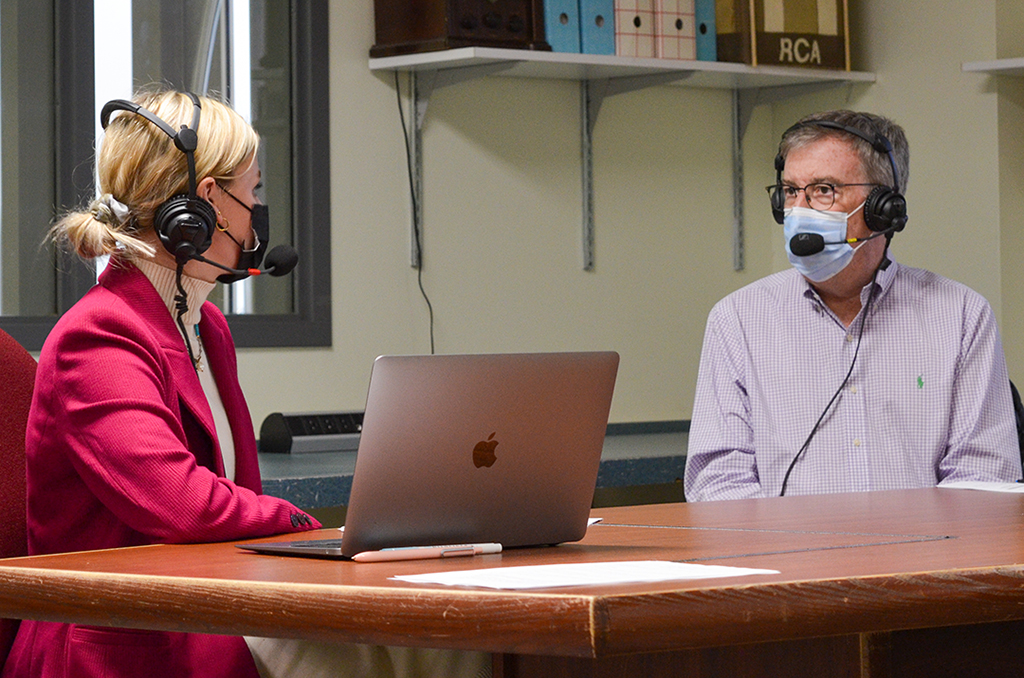 Ottawa Mayor Jim Watson shared a never-before heard story during an exclusive interview with the Algonquin Times on Thursday, Nov. 4.

Watson was asked about how voters may have interacted differently with him after coming out in a 2019 Ottawa Citizen Column. He recalled a very positive reception to the news, being stopped in the streets and reached out to online.

“I did get a lot of emails, and tweets and so on,” said Watson. “Ninety-five per cent of it was very positive.”

What Watson didn’t expect, was for his announcement to affect a group of students from the Netherlands.

“I got a wonderful package of letters from a group of Dutch students in the Netherlands,” recalled Watson. “They saw the story on CNN and they wanted to write letters of congratulations to me, they were beautifully done.”

A few months later, in September 2019, Watson happened to be visiting the Netherlands during an economic mission. He happened to be only 30 minutes from the grade seven student’s school and was able to pay them a visit.

“It was a very heartwarming, beautiful event,” said Watson. “These students talked about how their classmates had been bullied and what they were doing to try to fight homophobia. I think they were surprised that they wrote to me and then four months later I arrive in their school.”

Watson mentioned the event is something which he will remember for a very long time.

“It was really touching, and it made me feel like Jim and I connected on a human level, which is something you don’t get to experience often when doing an interview of that kind,” said level three journalism student and event host Tamara Condie. “It was great that he felt comfortable sharing that with me.”

Other topics discussed during the sit down with the mayor included Watson’s background in journalism, city council, early days in politics and if he plans on running for re-election in 2022.

This interview marked Watson’s first visit to Algonquin College since fall 2018, when he welcomed students back to campus.

The interview, a cooperation between Algonquin College’s journalism, advertising and marketing communications management and radio broadcasting programs, was broadcasted live on CKDJ 107.9 radio, and coincided with a Zoom event.

The Algonquin Times hopes to hold another similar event in the future, with an announcement likely to come on the @algonquintimes and @atpromo Instagram accounts.