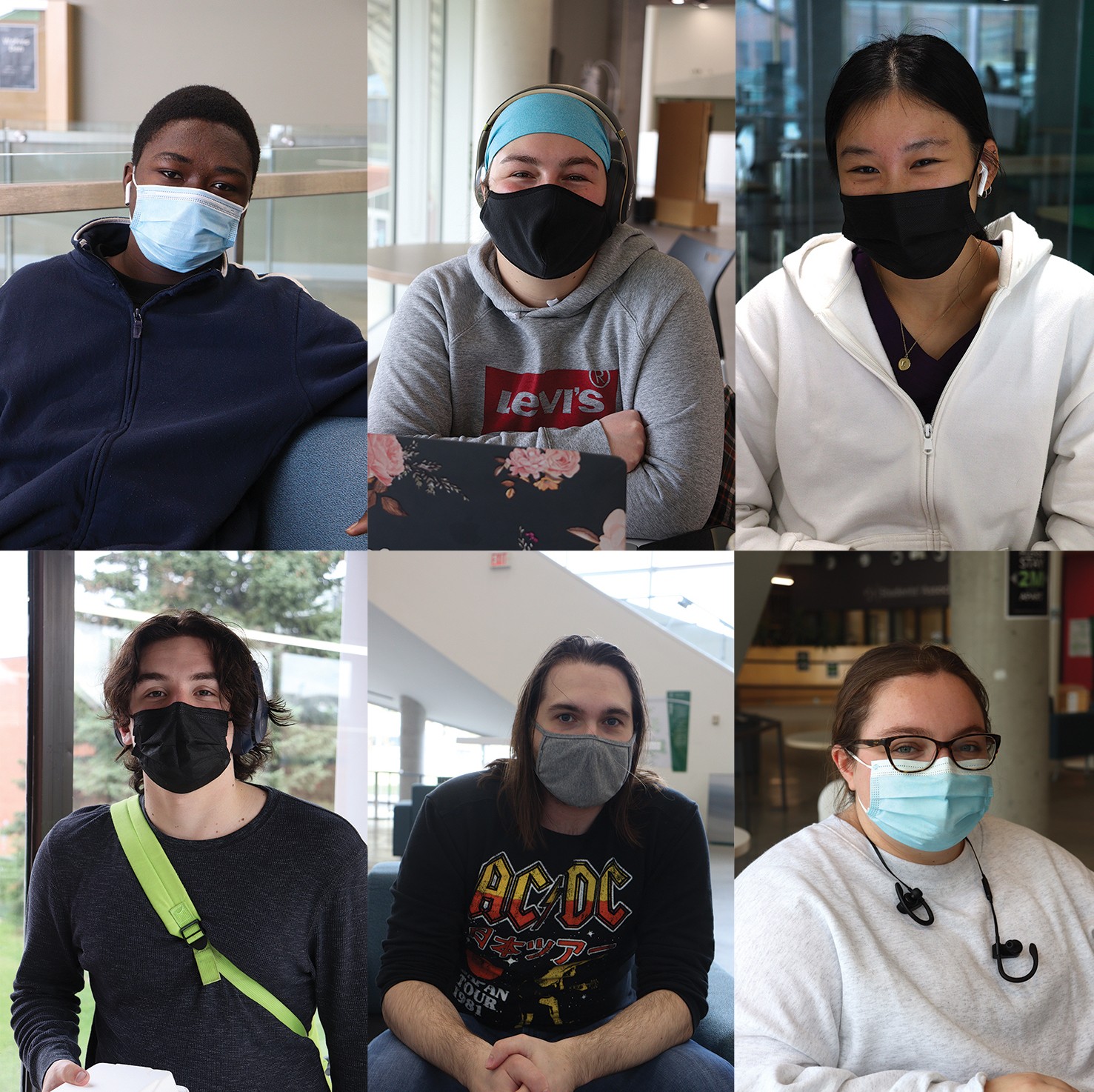 For many, music is a significant source of entertainment and inspiration, so we wanted to see what the students at Algonquin College are listening to. From listening to sad songs to go through feelings of grief, getting woken up by loud songs and using chill sounds to study, here’s what the Algonquin students are listening to right now.

Musa was listening to God’s Plan by Drake while studying in the Student Commons. For Adigun, rap is his favourite genre of music.

While sitting in the AC Hub, Tesselaar said that she mostly enjoys listening to country music.

“I kinda have a playlist and just recycle a bunch of people, but I like Sofia Scott and she’s got a song called Girls Need Girls which is really good that I’ve been listening to a lot lately,” said Tesselaar.

Lee was listening to I Don’t Want To Watch The World End With Someone Else by Clinton Kane while studying in the MakerSpace area.

“I listen to Chill Hits playlist on Spotify,” said Lee. “Mostly calm music. Something that just relaxes me, not too stimulating so I can actually focus on my work.”

Although Lee doesn’t have a favourite song, artists she listens to often are Coldplay and Taylor Swift who she refers to as “iconic”.

While on his way to class, Westwater was jamming out to Shawn Mendes, There’s Nothing Holding Me Back.

Westwater said he listens to music pretty much every time he’s walking from residence to class.

“I don’t have a specific favourite genre, I just have one playlist of like 2,500 songs, and I’m like ‘oh I like this song’ and just add it. So, I just have an amalgamation of songs,” he said.

Westwater said his favourite song is Before You Go by Lewis Capaldi because it has an emotional significance for him.

Gamache was listening to I’ll Have To Say I Love You In A Song by Jim Croce while sitting in the Student Commons.

“Usually, I tend to listen to the faster more aggressive stuff on my way to classes, just cause I’m sleepy and I need dudes screaming over guitars as my cup of coffee there,” he said.

Card was studying in the Student Commons and listening to Happier Than Ever by Billie Eilish.

“I like listening to a lot of Country a lot of the times or pop too, whatever is kind of popular at the moment,” she said.

Card said she is a big fan of Taylor Swift and finds music to be quite powerful.

“Music can really be expressive and it has the ability to connect with lots of people with different backgrounds,” said Card.

All the songs mentioned can be listened to in the Spotify playlist here: https://open.spotify.com/playlist/06Rke8pycqMhhmFcYUl0LK