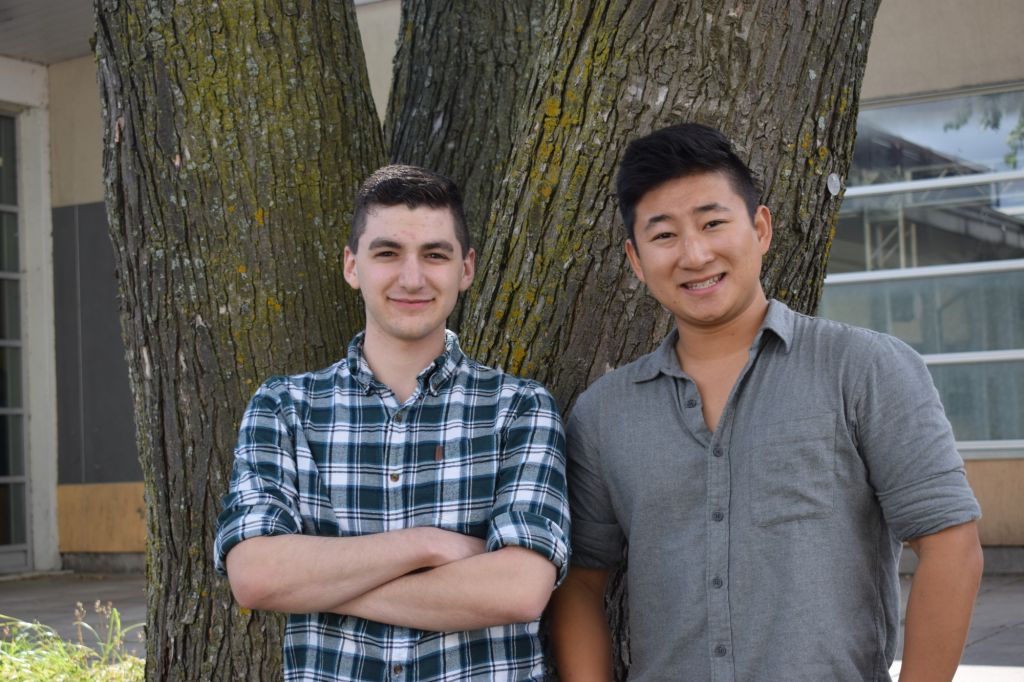 Patrick Gauthier and Kelvin Jiang standing outside of Algonquin. The two seek to clear misconceptions about firearms, while educating others on firearm safety. Photo credit: Qadeer Popal

The Algonquin Firearms Club is set to receive official club status after a similar club has been successfully launched at Carleton University.

The club’s founders, Patrick Gauthier, an electrical engineering technology student, and Kelvin Jiang, a business marketing student, want the club to teach students about firearm ownership in Canada as well as provide a hands-on experience.

“The goal of the club is to demystify firearm ownership in Canada, and promote new experiences to people,” Gauthier said. The club hopes to organize trips to a gun range for students to practice safe firearm use. “People really sign up for the experience, not all the boring talk.”

The duo have been in contact with several gun ranges within Ottawa that are eager to accommodate the club.

As of now, however, the club is not allowed to organize trips to a firing range in an official capacity.

The club is also not allowed to bring firearms or ammunition on campus.

“They have been approved to be a club after they’ve given me their members list and I go through and verify student numbers,” said Sierra Benson, clubs and communities coordinator at Algonquin.

As a club, Benson explains, they are allowed to speak about firearm ownership, history and sports. “They are not, however, approved to go the shooting range as the organized club,” she said.

Jiang, who served as president for a similar organization at Carleton University, is hopeful that the club will be afforded the same opportunities as the club at Carleton, which saw more than 400 people sign-up.

“Coming to Algonquin I was like ‘Hey, you know, there’s a lot of people who probably have the same interest as the students at Carleton,'” he said. “Why don’t we start a club here and do the same thing?’”