How the pandemic has affected the music industry arts program 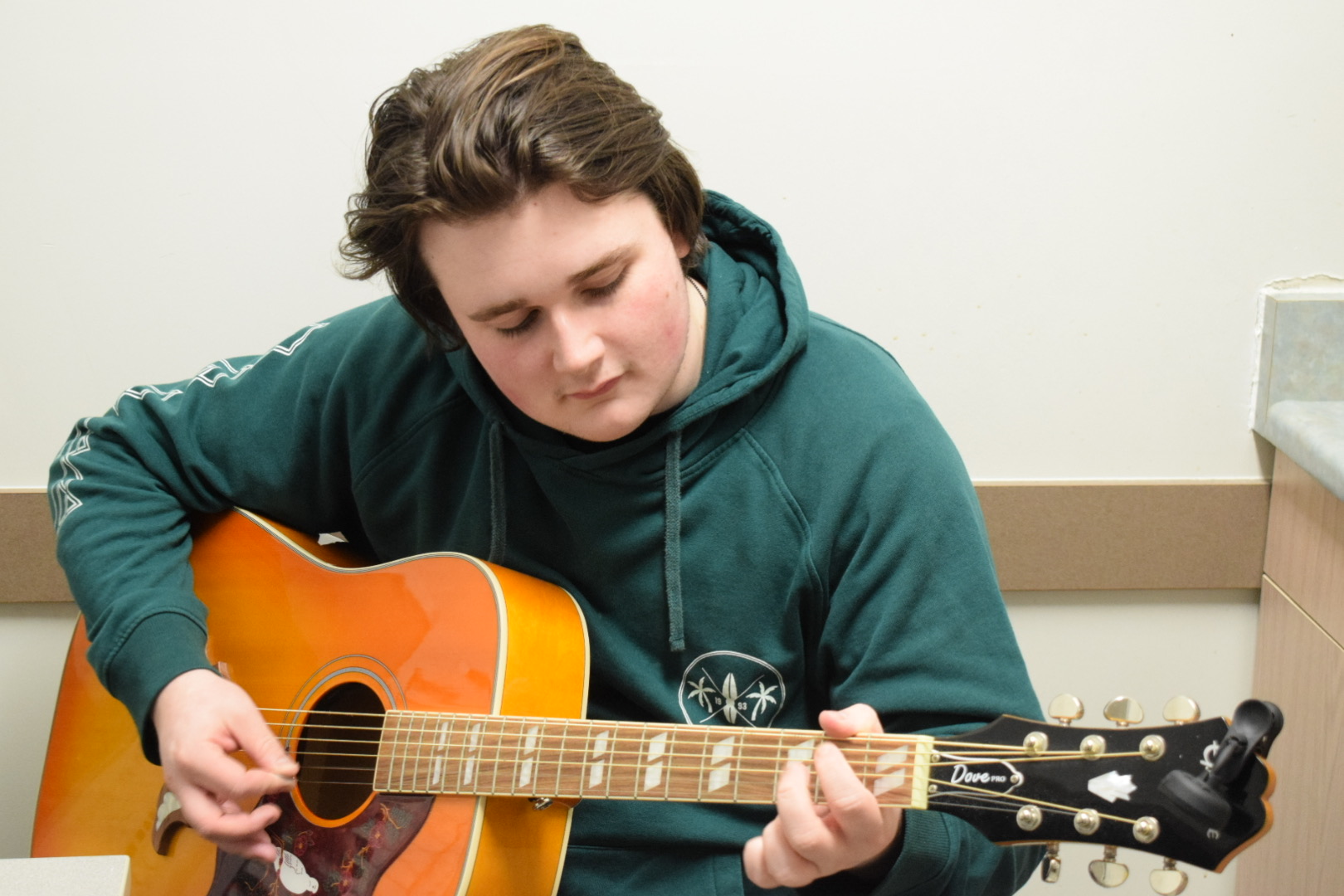 The COVID-19 pandemic has left impacts on almost everything — the music industry arts program at Algonquin College is no different.

The MIA program was previously almost fully on campus but is now largely online. “Obviously the pandemic, like I’m sure many programs in the college, has drastically changed what we do,” according to Colin Mills, the MIA program coordinator and creator.

Conceptually the program is the same, but the way these concepts are taught to students has shifted, especially for hands-on classes.

“I think in the big picture they’re learning the same stuff, but I think the practical component of it with the students actually touching things and being able to be in front of something they’re learning about all the time is lacking,” said Mills.

MIA still does have practical components tied to the course despite the pandemic.

Although affected by the pandemic, MIA has not lost its popularity. The 42-week-long program started the fall semester with the program’s maximum intake of 80 students.

Virtual classes are more difficult for many students and teachers in the MIA program.

“Being in a class, you have the responsibility to focus more,” says Aiden Flikas, a second-term student in the MIA program. “When you’re at home and at your dorm, it’s easy to just lose track and not have that personal connection with professors that you would have in-person.”

Not only is it more difficult, but it is also less enjoyable to teach virtually, said Mills.

“It’s a little bit more challenging for us to make sure they all can meet the same knowledge at the end of the semester than they would’ve if they were 100 per cent in person.”

Virtual classes have meant the connection between students and professors has been reduced.

“We have so many students that have never turned their camera on, and I’ve never had a one-on-one meeting with them, so I really don’t know anything about them and I really miss that,” said Mills.

“I can deal with living in my basement eight hours a day and teaching from home but I just miss that student connection.”

Other students in the program prefer if the course continues to be delivered virtually.

MIA student, Aidan Elliot-Perreault, prefers to make music in his room instead of in the studio because he can use his own instruments and go at his own pace.

“I can record almost everything as well in here, as I can in there,” said Elliot-Perreault, about recording music in his room instead of in the recording studio. “I feel like the classroom I definitely learn less because I have less time to use tools to my full ability.”

Despite classes being mainly virtual, there has been musical collaboration between students in the MIA program.

During the fall semester, two students from the MIA program, Aaron Crozier and Nathan Zinck met over discord to collaborate on a song called Orange which was released on Oct. 8, 2021, on Spotify, Apple Music and Tidal.

Students in MIA have been collaborating on music to make use of the diverse talent in the program, said Crozier.

Collaboration in the Ottawa music industry is also frequent, according to Mills.

“I remember a time where no one was talking to each other or helping each other out,” said Mills. “I’ve sort of seen artists helping artists and producers helping other producers and a little more comradery.”

For unknown artists trying to break mainstream, Ottawa is a good starting point. “It’s a good market to sort of build your fan base and build your career, and then hopefully build it enough that people take note,” said Mills.

Students in the MIA program are taught tools to succeed in the music industry such as networking, marketing and social media, but getting exposure in the industry is ultimately up to artists and producers in the program, said Mills.

“We give them all of the tools to go out and hopefully know how to get that exposure,” he said. “With the success that some of our students have found, a lot of it is self-driven.”

For artists in the MIA program trying to get exposure, Mills has a simple piece of advice: “get out there and meet people.”

“The more people you meet, the more opportunities will come.”