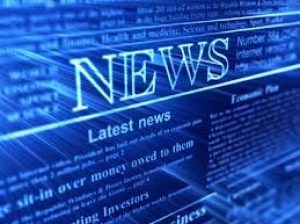 Explosion in Beirut kills over 100 and injures thousands

The Canadian Press – At least 135 were killed on Aug. 4 in a massive explosion in Beirut that destroyed a port and damaged many of the city’s buildings. The official death count has not been finalized as of yet.

“Our team in Beirut has reported to me the extensive damage to a city and a people that I hold dear, an additional challenge in a time of already deep crisis,” Pompeo said in a written statement.

There is no evidence yet that this was a bombing, though it has been suggested by the Trump government.

According to Abbas Ibrahim, chief of Lebanese General Security, it might have been caused by highly explosive material that was confiscated from a ship some time ago and stored at the port.

Fuelling Trump’s rumours are statement from residents, who say they head planes overhead just before the blasts.

“Those responsible will pay,” said Prime Minister Hassan Diab in a message to his people.

Canadians may live for years with COVID-19 restrictions

“We’re going to have to manage this pandemic certainly over the next year, but certainly it may be planning for the longer term on the next two to three years during which the vaccine may play a role,” said Dr. Theresa Tam, Chief Public Health Officer.

“People might think that if we get a vaccine then everything goes back to normal the way it was before. That’s not the case,” said Howard Njoo, deputy chief public health officer.

There are several vaccines in Stage 2 and Stage 3 testing around the world, but the need for a cure during such a contagious and deadly pandemic has led to concerns that the vaccines are not being developed properly.

The Canadian Press – An online poll shows that nearly half of Canadians would support an election being called if Prime Minister Justin Trudeau is found to have violated the Conflict of Interest Act over the WE charity scandal.

This is not the first time Trudeau has run afoul of the Conflict of Interest Act. He accepted a family vacation at a private island owned by the Aga Khan and was alleged to have applied pressure on the former attorney general, Jody Wilson-Raybould, to stop criminal prosecution of Montreal engineering giant SNC-Lavalin.

According to the poll, support among decided voters has slipped by six percentage points in the last two weeks.

“To me these are numbers that will certainly worry or concern the Liberals at the moment because even though it’s in the summer, this is raising a lot of eyebrows,” said Leger polling firm executive vice-president Christian Bourque.

According to Bourque, this change gives Conservatives a serious chance during an election. Once they have a new leader, it is not impossible or unlikely that they will call an election.

Ottawa city councillors will introduce a motion this month calling on the City of Ottawa to develop mental health teams that would respond to non-violent calls where a police response is not required, among other things.