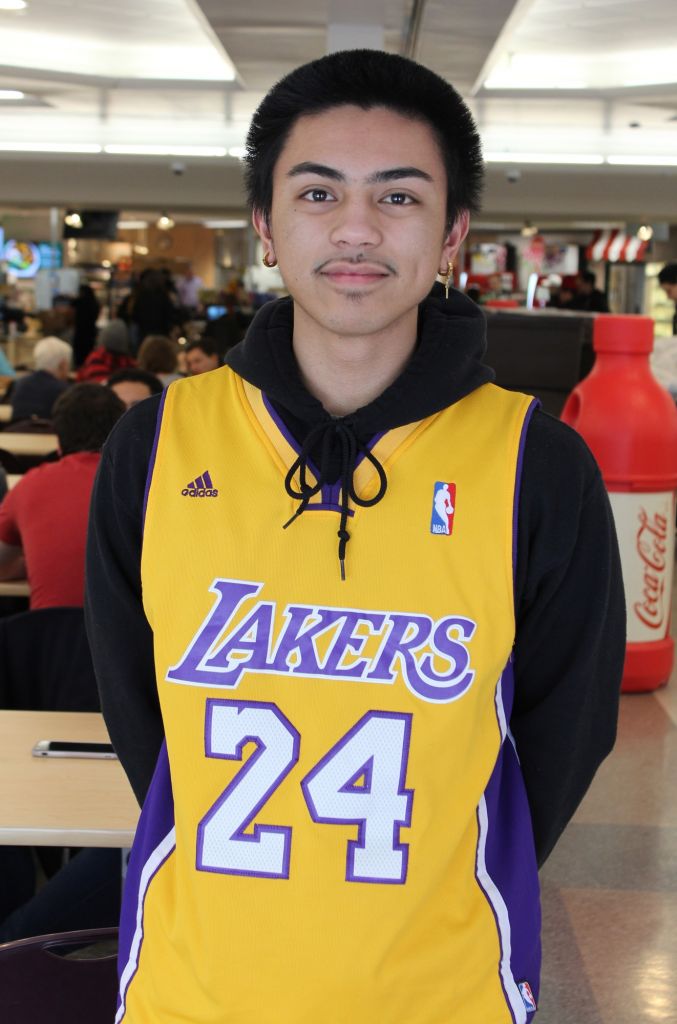 As our social media feeds quickly filled with tributes to Kobe Bryant yesterday following the news of his death, some Algonquin College students felt like they could do more to honour the legendary basketball player.

“Kobe was a huge inspiration for me in life and basketball,” said Brad Saberon, 20, a pre-health sciences student. “Back when I was younger, I used to watch videos of Kobe till 2 a.m. just watching all of his old videos and highlights. I would listen to podcasts, watch videos like ‘How to play defense like Kobe Bryant,’ search up stuff on Google on how Kobe works out and how to be hard-working like him. I tried to apply this in life and basketball and it taught me to never give up.”

“He inspired me to be hard working just like him and grind to be successful in the things I’m passionate about,” Saberon said.

The news shocked the world as TMZ and ABC rapidly reported the death of Bryant in a helicopter crash, though some details were false.

So far, according to the Globe And Mail, we have been informed that retired Lakers basketball player Kobe Bryant, 41, along with his daughter Gianna Bryant, 13, were on board a helicopter that crashed in Calabasas, California, on Jan. 26, 2020. Seven other people were also on board. The crash left no survivors.

The L.A County sheriff department has said during a press conference that it is waiting for the coroner to positively identify the victims, and that any mention of names until then would be “entirely inappropriate.”

All the while, Twitter was flooded with tributes to Kobe and reactions to the devastating news of his passing. Fans from all over the world are sharing their thoughts and sending prayers to the Bryant family.

Some Algonquin College students honoured Bryant today by wearing his jersey to school.

The purple and bright yellow colours of the Lakers’ team jersey can be spotted around campus.

Students who wear their Lakers jerseys are encouraged to mention @algonquintimes when they tweet their pictures.