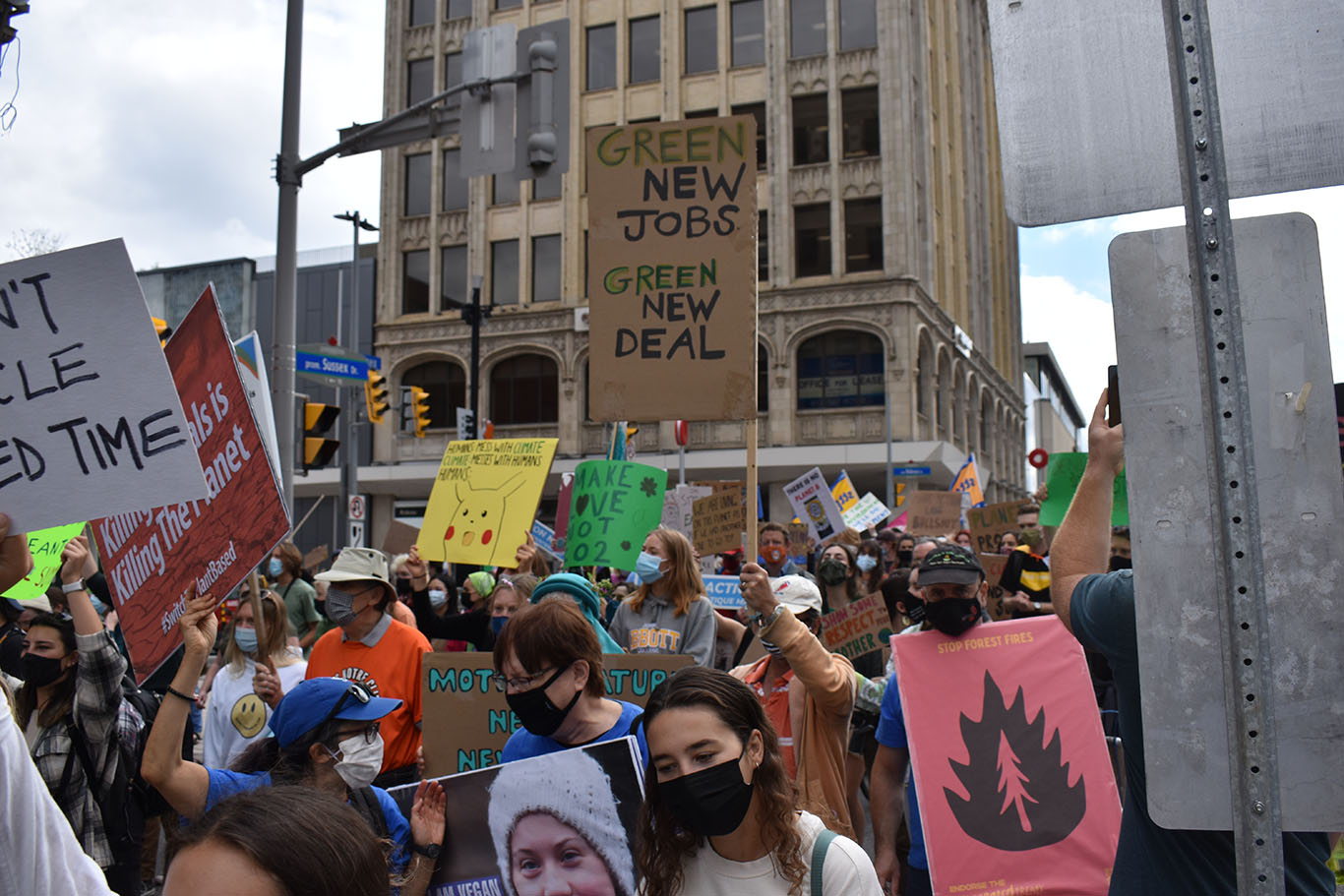 In light of the increasing urgency over climate change, there is growing pressure on both public and private institutions to act in order to address the crisis.

Recently, the University of Toronto has pledged to completely divest from fossil fuels, joining other post-secondary institutions like Université du Québec à Montréal.

As of right now, Algonquin College has no plans of doing the same.

“While we have not made any plans to explicitly divest from all investments in fossil fuels, we consider all feedback received from the community when refining and amending our investment strategies and policies,” said communications officer at Algonquin College, Bruce Hickey. “At this time, the college’s investment policies do require our investment manager to take steps to ensure that Environmental, Social and Governance (ESG) factors are adequately addressed in the selection, retention and realization of investments.”

Currently, five per cent of Algonquin College’s endowment fund is invested in fossil fuel companies, according to Hickey. An endowment fund is an investment fund used by non-profit foundations, schools, ect… which allows money to be continuously made available for the institution.

Using numbers from Mar. 30, 2021 the market value of the Algonquin endowment fund Algonquin College Endowment Fund is a little over $34 million, according to a report presented to the Algonquin College board of governors in October of 2021. Therefore, Algonquin is currently investing around $1.5 million in fossil fuel companies; however, exact up-to-date numbers are currently unavailable.

Divest Coalition Canada describes itself as a coalition of 30 Canadian student groups that call for universities and colleges to divest from fossil fuels.

Divest Coalition Canada calls for removing investments in companies that generate revenue from the extraction, transport, or processing of oil, gas and coal. The organization believes that in order to avoid catastrophic effects of global warming over 2 C, the global economy needs to be rapidly decarbonized.

Divest Coalition cites a 2015 study by Christophe McGlade & Paul Ekins which suggests that a third of oil reserves, half of the gas reserves and over 80 per cent of current coal reserves should remain in the ground in order to limit global warming to under 2 C.

To groups like Divest Coalition Canada and 350.org, this means that fossil fuel extraction needs to be halted as soon as possible.

Algonquin College is only investing in energy companies that are committed to reducing their environmental footprint, according to Hickey.

According to the financial document provided by Algonquin’s investment manager, Leith Wheeler, many of these companies have committed to net zero by 2050, reducing carbon intensification and investing in technologies like carbon capture.

However, it is heavily contested whether or not concepts like net zero by 2050 and carbon capture technologies are sufficient to address the crisis.

“The college’s investment policies are reviewed and approved annually by the Audit and Risk Management Committee,” says Hickey. “A decision on divestment would need to be recommended by this committee and approved by the College’s board of governors.”