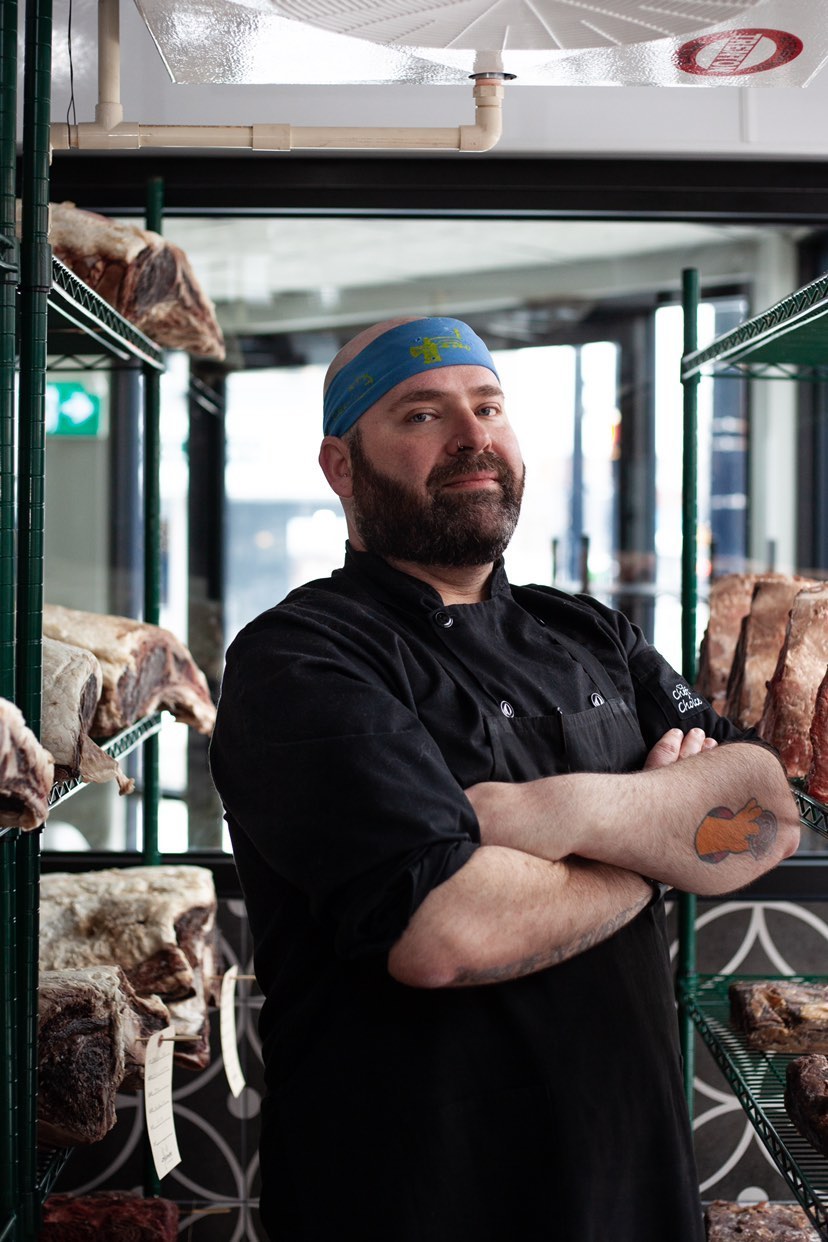 Chef Michael Korn had been cooking in restaurants for five years when he decided to attend college to refine his craft so he could transition into higher-end cuisine.

Upon graduating from the culinary management program at Algonquin College in 2011, he worked at Sidedoor in the ByWard Market as a sous chef for two years, eventually making his way back to Beckta, a modern, fine-dining restaurant and wine bar where he was a trainee during his time in college.

Michael Radford, the executive chef at Whalesbone on Elgin, offered the Algonquin grad a job when he was a senior saucier at Bekta. Initially, Korn turned down the offer.

“I kinda thought about it for the next couple months,” said Korn, who felt like he had “hit a bit of a ceiling at Beckta.”

Although Korn spoke highly of his time at Beckta, he knew there wasn’t going to be much room to grow past where he was.

Korn spent five years at Whalesbone on Elgin, and was promoted to chef de cuisine, a post he held for three and a half years.

Will Plummer, who graduated with Korn, was Korn’s sous chef at Whalesbone and took over Korn’s job as chef de cuisine when he left.

“It was awesome,” said Plummer about the experience working with Korn.

“He’s very knowledgeable, you can tell he really cares about what he’s doing,” said Plummer. “He’s passionate. Just a great guy to work with. He taught me so much.”

When Korn was offered a job at Harmon’s Steakhouse, a restaurant under the Whalesbone group, he jumped at the chance.

“I felt like it was time for me to have a challenge in my career,” said Korn.

Korn’s experience working for the Whalesbone group has been exceptional and he can’t see himself working for anyone else for the rest of his career.

“I just can’t say enough good things about the ownership or what kind of mentor Michael Radford has been to me,” said Korn. “This is food that we developed a passion for over the last couple years at Elgin. It just seemed like a great opportunity to open something special in the city.”

He worked at restaurants in Ottawa for a few years and eventually made his way to Vancouver where he was the production manager for a cured meat company for four years.

Back in Ottawa, McGee heard what was happening with Harmon’s and reached out to Korn: “I saw he was doing really good things and always seemed to be a good guy to work with and saw the opportunity and definitely wanted to jump on it.”

After not seeing each other for almost eight years, the two met up and McGee left with a job.

“He’s an incredibly supporting leader,” said McGee. “He’s not part of the old school mentality where it’s just yelling at people until they’re better, but ‘how can we actually make these people better.'”

Korn’s advice for culinary students is very simple: work hard, commit to it and don’t be an egotistical dick.

“You have to be willing to put yourself into it,” he said. “If it’s something you want to do as a career there’s no easy way, you can’t replace working on a line. There’s no quick way to being a chef.”