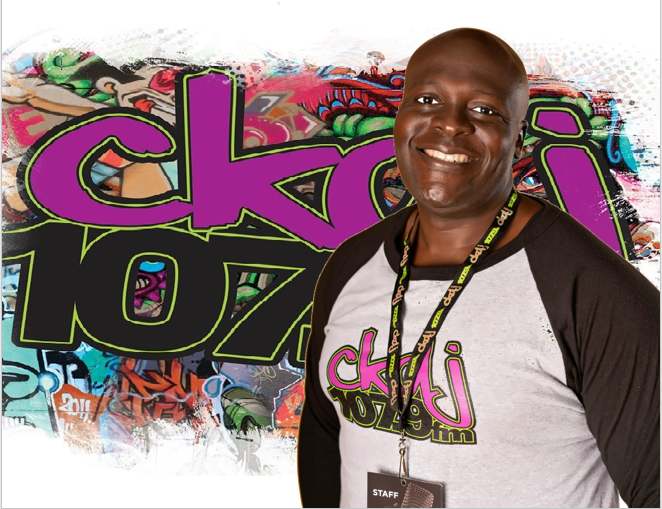 CKDJ on-air personality and second-year broadcast radio student Dagang Gang is making the best out of the changes in his program. Photo credit: provided by source

Algonquin College’s radio broadcast program has, like many other programs, moved online.

What has that meant for CKDJ, the radio station operated by these students? The production studio in N-building is now closed, and students are operating the broadcast from their homes.

CKDJ 107.9 is staffed solely by students and broadcasts music, news segments, podcasts and more. Although the transition to broadcasting from home hasn’t been seamless, it has been successful, according to Dan Mellon, the program coordinator.

This is because a lot of the equipment that they use in the classroom is now being used from students’ homes.

“They have a USB mic,” he said. “They all have laptops where they can edit audio, but they always would have had that anyways, so it wasn’t a stretch for them to move that part home.”

They also have equipment at the station called TieLine, which is an essential tool in any radio station.

“You can stream audio to this device,” said Mellon. “Every radio station in Canada pretty much has TieLine. And that’s how stations would do any kind of remote broadcasting… It also comes with this app called ReportIt. It basically turns your phone into a TieLine field unit.” With ReportIt on their phones, you can reporter live from any location, working it seamlessly into the broadcast.

Eli Pearson, the program director and a second-year student, explained some of the tools they use to keep the news running.

“In terms of news we get it from two main sources,” Pearson said. “We use Canadian Press Audio. So if someone’s not signed up to do news live it will automatically play the latest from the Canadian Press. But when someone goes live they are often using stories from Burli, which is our newswire program. That just collects massive amounts of news and makes it more digestible and easier for us to sort through and choose for our news cast.”

Still, production has slowed in the station according to one of the second-year-student, Bryson Geikie.

The reason? Online communication. The rooms on the campus that host the radio station were also common places for radio students to gather and soundboard ideas.

“Communication differs so much in a way,” said Geikie. “It’s so much easier to plan out projects and discuss things in person compared to over Zoom or text where you may not be able to get out all your ideas. I’ve had a bit of trouble with some partners trying to get on the same page.”

Despite the difficulty they’re facing, Dagang Gang, a second-year broadcast radio student, believes that this new approach is setting them up for success in their field.

“It’s not just here in the program,” he said. “Radio stations are having to figure things out or rethink a lot of things that they never had to give a second thought. I think the silver lining to this is that we have the unique opportunity to try new things, test thing in an environment that’s supportive because we get the feedback from our professors that we might not get outside of the program. It’s harder but I think that there’s a reward.”