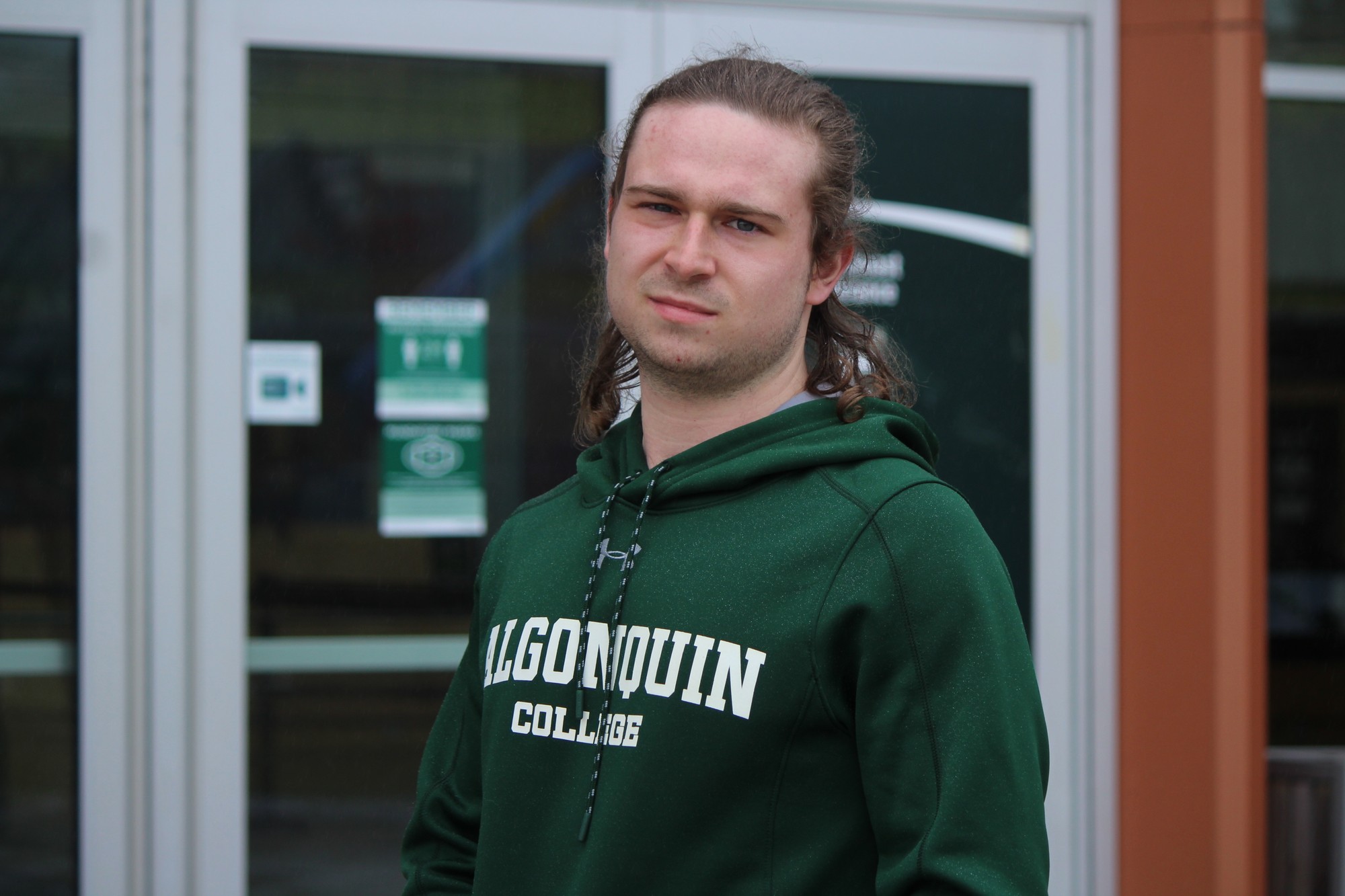 Devyn Barrie has completed his diploma in journalism at Algonquin College and looks forward to heading to Carleton University in the fall. Photo credit: Tamara Condie

A young and inquisitive Devyn Barrie had the ability to hyper-fixate on virtually anything that interested him for as long as he could remember. It wasn’t until a trip to his psychologist’s office in the fourth grade that he discovered that this was because he had the gift of monotropism.

“They noticed that there was something different about me, I guess,” said Barrie, who was only diagnosed at age 10 with autism spectrum disorder.

Flashing forward to now, Barrie is a 22-year-old pre-technology student at Algonquin College.

Rather than dwelling on the top Google search results of ASD symptoms, such as barriers to social communication, Barrie has realized the benefits of his diagnosis — he is now nearing the completion of his second diploma from Algonquin College, with a journalism diploma in his back pocket.

He encourages other Algonquin College students with ASD to seek out their strengths in celebration of World Autism Awareness Day on March 31.

“When you look up ASD, they talk about symptoms and all of these disadvantages,” said Barrie. “There’s actually a number of benefits to having ASD — one of them being monotropism, where you can hyper-fixate on something and develop really strong knowledge on that particular thing.”

Barrie did not require much support in his transition to post-secondary at Algonquin College, but says that the college offers helpful services to students with learning accommodation needs.

“The college has an office specifically for students with ASD,” said Barrie. “Everyone is different, and some people can truly benefit from that special help which is available to them at Algonquin College.”

The Transition Support Centre is specifically catered to the needs of students with ASD and falls under the umbrella of services that the Centre for Accessible Learning offers at Algonquin College.

Amanda Dresch, a disabilities counsellor for the TSC, and her colleagues have been working on a virtual event for the college’s upcoming World Autism Awareness Day celebrations.

“Our plan is to celebrate neurodiversity on campus through a virtual landing page,” said Dresch. “We have partnered with the AC Hub that’s created a webpage showcasing messages from our students and what they want the wider community to know about ASD.”

This landing page will include artwork, quotes and a video created by students at the college who volunteered to share their experiences with ASD to mark the importance of World Autism Awareness Day.

The term transition in the TSC acronym is key — the purpose of this support centre is to help first-year students with ASD acquire sufficient learning strategies to be able to transition to the CAL by their second year of studies.

“The goal is to provide the support they need to increase their confidence in order to be as independent as possible as they progress through their college programs,” said Darlene O’Riordan, a learning strategist for the TSC. “And I think we’re seeing that — we have a good core of students who have developed so much confidence in managing their own time, schedules and study skills.”

O’Riordan and Dresch are very excited for the upcoming celebration of World Autism Awareness Day, which will give students with ASD an opportunity to defy stereotypes and embrace the many strengths and talents that come with being neuro-diverse.

Barrie urges students with ASD to continue to be themselves and to not define themselves by their diagnosis.

“It’s a process and it took me some time to find my place in society,” he said. “I would just say to remember that there aren’t only downsides, and there are benefits to the diagnosis. I am stronger because of it, really.”