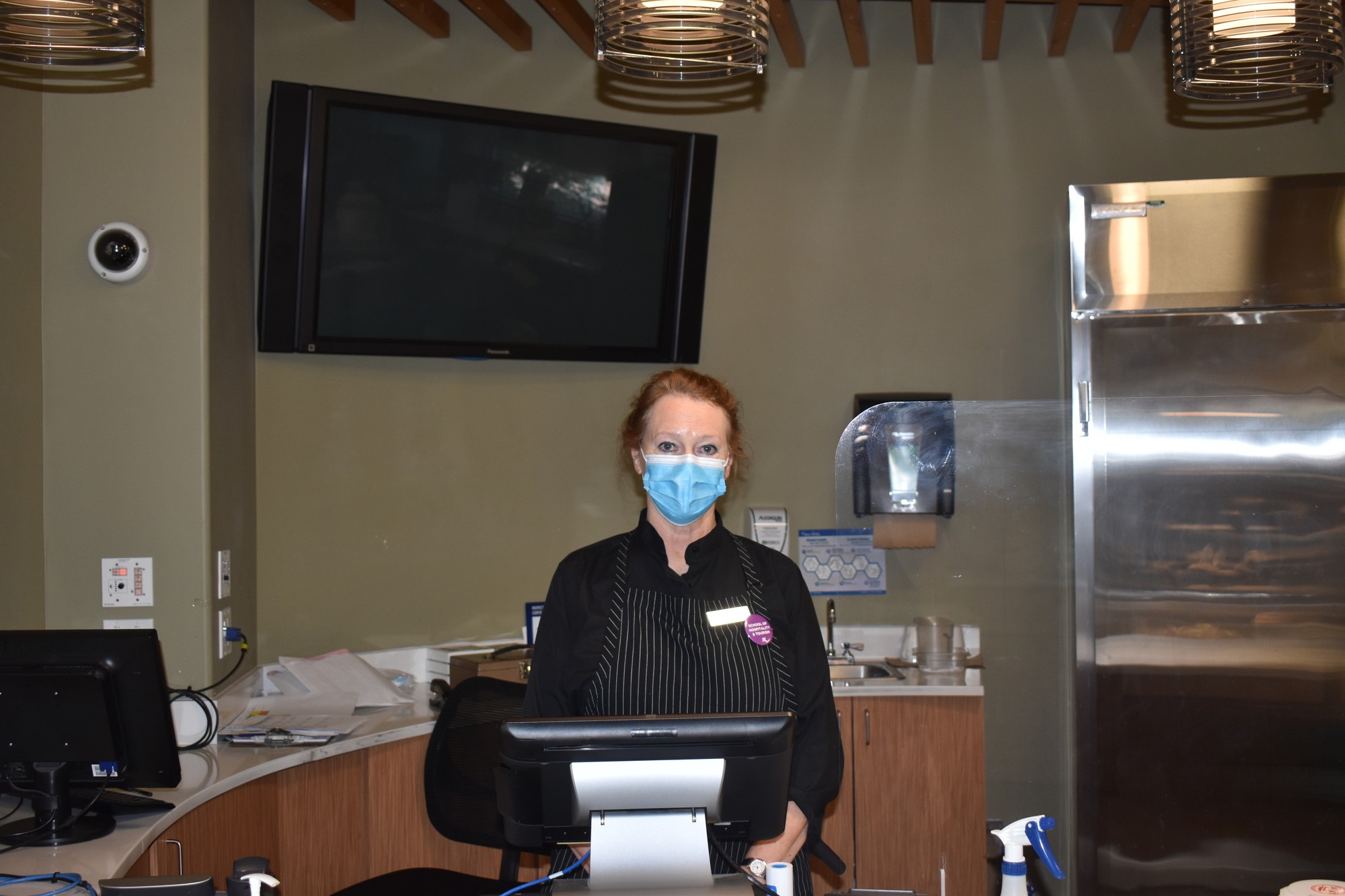 When students began returning to campus in September 2021, there were approximately 75 campus services employees working on-campus, according to Brent Brownlee, the director of campus services.

“We have experienced an increase in both demand for on-campus services as well as more of our team members working on campus for the Fall 2021 term so far,” said Lowrey.

While many campus services remained operational during the pandemic, the trouble caused by the shutdowns cause a lot of complications in the lives of the workers who staffed them.

“The store was closed for awhile then it reopened, then it closed, then I was out in the hall because no one was allowed in the store, then we closed it again, then we offered curbside and then since July we’ve been open,” said Mary Ann Murphy, who works at the on-campus hospitality store Savoir Fare. “Of course, it’s quieter because there are fewer students and staff on campus but it’s all good because at least we’re open and people are popping in when they are on campus.”

In order to social distance, only three people are allowed in the store at once, according to Murphy.

“It’s easier for people to move around in store than before,” said Murphy. “I feel safe on campus and I’m fine with it. Whatever they want, I’m easy. As long as they keep the store open, I’m happy.”

Some employees have noticed less of a change.

We have changed the rules a little bit, but we’re still working everyday as students still need equipment for projects,” said Kyle Woods equipment manager for the school of media and design.

“At the beginning there was a little bit of a learning curve but as things progressed everyone has followed the rules pretty much,” said Woods.

As campus activity levels increase, Lowrey said the number of employees will rise to ensure needed services are provided. However,
there is noticeably less demand for positions , which matches the trends in the
rest of hospitality sector of Canada, according to Lowrey.