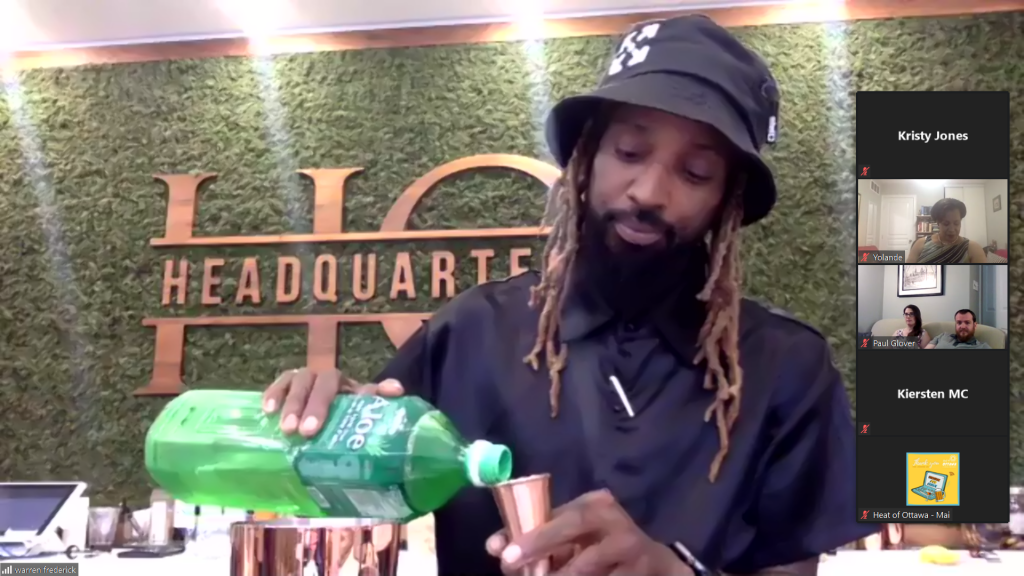 Algonquin College raised $785 through a Virtual Pub Crawl on July 22, according to Alaya Fuller, one of its co-ordinators.

The fundraiser raised money for the Ottawa Riverkeeper, Candlelighters, The Ottawa Food Bank, and The Dave Smith Youth Treatment Centre.

There was no fee to join the events. Participants were not expected to donate. Because of this, Fuller said she hoped by the end of the night that they would raise $250.

“We understand that our attendees are feeling the financial loss, as well as businesses,” Fuller said. “We don’t want our guests, at the end of the night, to feel uncomfortable, like they didn’t do enough.”

The event management program has relied on businesses to be sponsors and donors in previous years. When COVID-19 hit, it became unclear whether the students could still expect that support.

Despite their setbacks, the event went off without a hitch and exceeded expectations.

According to the Virtual Pub Crawl website and Fuller, there were six businesses which stepped up to sponsor the event and donate gifts.

The event was emceed by Kiersten Hanley from Headquarters. Headquarters is a full-service salon and restaurant/café. In her introduction, Hanley described herself as “a jack of all trades.”

Warren Frederedick, a mixologist who also works at Headquarters, taught the attendees how to make two lavish cocktails – the Strawberry Philter and the Smoked Pineapple Express, which are served at Headquarters.

“We take reservations,” said Frederick, “but not on the weekends. That’s on a first-come, first-serve basis.”

After an “Uber trip” to Escape Manor, the participants took part in a scavenger hunt. The prize was four passes to the escape room at Escape Manor. The value of this prize was $100 and was donated by Escape Manor.

When two participants tied for first place in the scavenger hunt, the stakes were raised. They were asked to sing in front of everyone and be judged.

“You have to be in it to win it,” said Hanley. The group listened to karaoke versions of “One Week” by the Barenaked Ladies and “I Want It That Way” by the Backstreet Boys.

There was live music by Canadian artist Almyr Jules, who is currently a competitor on Canada’s singing competition, “The Shot.” He sang a new song called “Take a Little Time,” which is to be released in September.

“I like writing music that’s real,” Jules said. His song is about taking breaks in relationships. He also sang a song named “For Today.”

Participants also took part in trivia at Atari, which is one-part restaurant and one-part cocktail bar. It is, as the name suggests, a retro video game-themed bar. Trivia was played over the virtual platform Kahoot.

The night ended with a raffle. For every $5 donated to the Go Fund Me campaign, a ticket was entered into a raffle.

“If you have any extra to spare, please do,” said Hanley, “but if not, please reach out and see what you can do.”

By the time the raffle came around, most had donated and the event had raised over $700.

There are still three fundraising events hosted by the event management program coming up between July 23-July 26. Registration is free at Rediscover Canada, Party Like A Youngster, and Namaste India. Donations, while appreciated, are not mandatory.