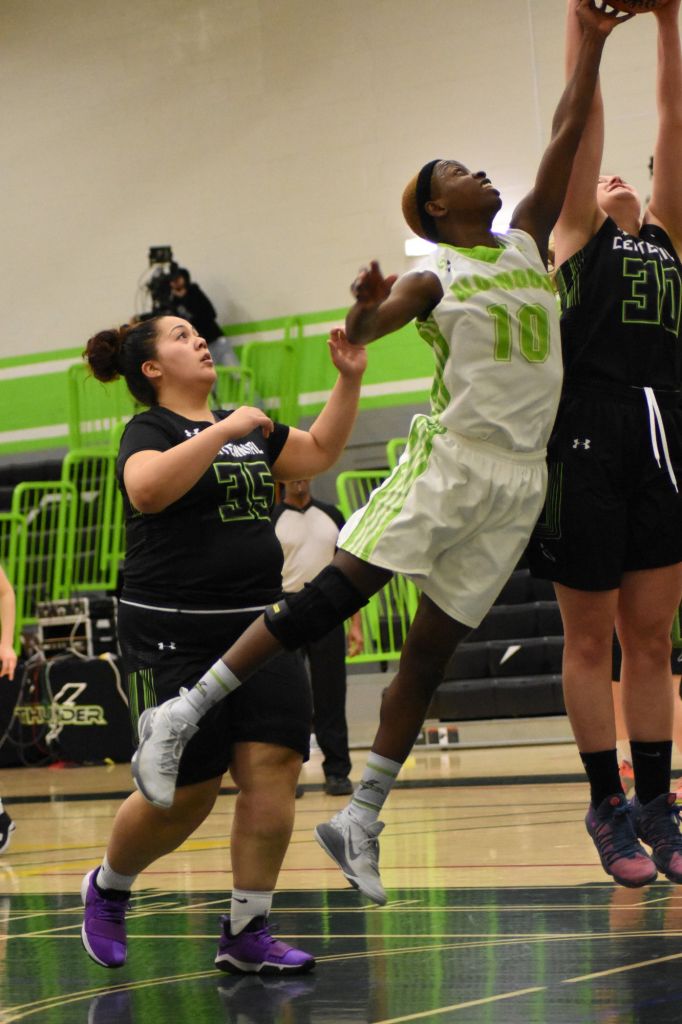 The Algonquin Thunder women’s basketball team over-powered the Centennial Colts on Saturday, Feb. 2, with a 66-42 win.

The Colts came to town prepared to battle on the court. Emotions ran high for the Thunder from the start and continued as the game progressed.

Although there were some heated exchanges, the Thunder remained a strong force heading into halftime, 29-18.

“I think we started off pretty rocky; we didn’t have our composure that we usually do when we play higher level teams. We need to keep calm in situations where the defense isn’t what we were expecting it to be, but I think we pulled it off together really well,” said Peck.

At the start of the fourth, the Thunder had found their groove and continued to confidently lead the game with a score of 48-27.

While the Colts attempted eagerly to fight back, they ended up stumbling their way through as the Thunder blew right past them.

“Wasn’t necessarily our best performance, in the end they did the little things right. They won the rebounding battle and were able to take control of it,” said Coach Jamie McLean.

With Saturday’s game the Thunder has a record of 13-1 for the season.

Despite the win, Coach McLean wants the women to remain focused going into their next game against Lawrence College on Friday, Feb. 8.

“In this league, if you’re not focused any team can beat you. Keeping the focus on ourselves and not letting anyone get under our skin and changing the way we want to be doing things.”