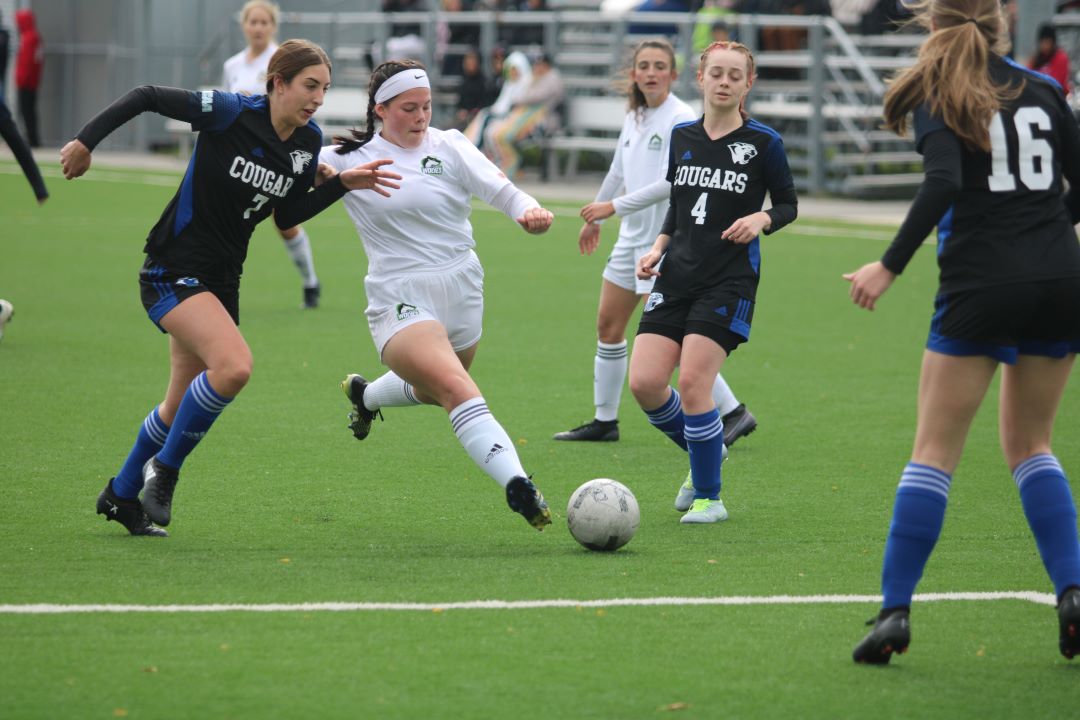 The Algonquin College women’s soccer team returned to winning ways with its victory over the Sault Cougars on Saturday afternoon.

Despite missing key players, the Wolves broke the tie in the second half to claim all three points as they prepare for their upcoming midweek match.

Head coach Basil Phillips felt similarly about Saturday’s win as he did about his team’s last home performance, a 1 – 0 defeat to the Centennial Colts.

“The second half was a bit better,” he said. “We dominated the game but we just have to be more clinical in our finishing. I think if we get to that spot, we’ll make games like this a lot easier.”

The team was missing some integral players for the clash but was prepared for such an occasion, according to Phillips.

“We’ve been working hard all season just for situations like this. We’re in an unfortunate injury situation right now and there are commitment issues. The depth is there but we’ve still got work to do. It’s a good win for us,” he said.

The Wolves entered the second half at 0 – 0 but broke the tie in the 52nd minute through stand-in captain Olivia Lambert, who headed home a corner. Two minutes later, Erin Cunningham did exactly the same to make the score 2 – 0.

The Wolves continued to create scoring opportunities and even had Isabel Martinez’s goal ruled out for offside. However, they eventually found a third when the Cougars’ goalkeeper fumbled the ball in the 85th minute and Jordan Blades-McHenry pounced to complete the 3 – 0 score line.

Martinez, who was a second half substitute, was pleased with her performance, especially considering her recent injury.

“Personally, because I am coming off an injury, I found my efforts were quite great,” she said. “We had a slow start, mainly because we were missing some players, but we had a lot more scoring opportunities after I came on and we’re going into our next match with high hopes.”

The left winger was confident about the team’s prospects in the last two matches.

“The dressing room is feeling very good. We need to put in our all against Fleming because we know they won’t let up and we have to really push it to them. Durham is going to be tougher competition seeing as they’re in first, but I have no doubts we can beat that team,” said Martinez.

Algonquin College has already secured its spot in the playoffs, but the team isn’t resting on its laurels.

They were scheduled to play the Fleming Knights on Wednesday evening at the Algonquin College Students’ Association Sports Field.