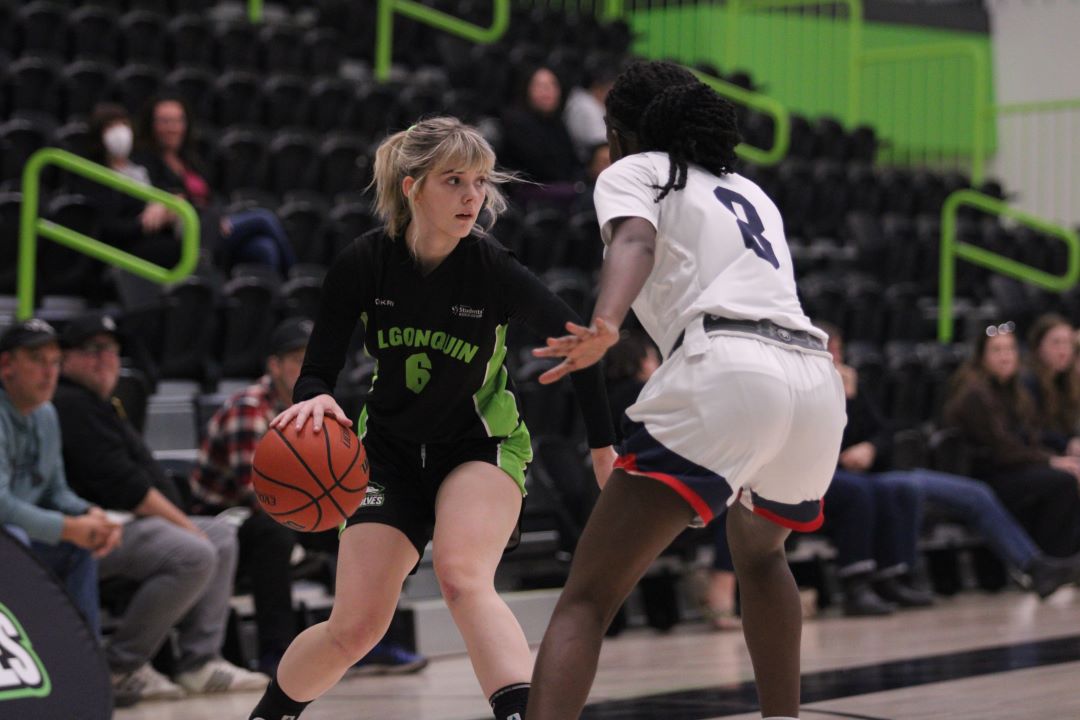 The Algonquin Wolves women’s basketball team backed up its big Friday win with a strong 18-point victory on Saturday.

The Wolves defeated the Loyalist Lancers 53-35 at the Jack Doyle Athletics and Recreation Centre.

Similar to Friday’s game, the Wolves had a tough time putting the ball through the hoop, only managing 10 points in an even first quarter. Through the second quarter, the two teams continued to battle for the upper hand until the clock read 2:42 and the score line read 19-18 in favour of the Wolves.

From there the Wolves scored 11 points, more than they had managed in the first 7 minutes and 18 seconds of the quarter, to take a 30-21 score line into the half.

The third quarter was a true defensive slug fest with the Wolves scoring only seven points and the Lancers just six themselves. However, in the fourth, the hosts’ offence clicked. The Wolves scored 16 points, opened up a lead as large as 23 points, limited their opponents to just eight points and claimed a comfortable 53-35 victory to close out their opening weekend.

The defensive performance of his team was a source of pride for head coach Jaime McLean.

“Definitely a better defensive effort today,” he said. “It was a little slow getting there but even though it wasn’t phenomenal in the first quarter we were still accomplishing what we wanted to accomplish. We made our little tweaks and the girls jumped on board. The energy started to come up and we started to lock in defensively. It’s nice to see that improvement from yesterday to today.”

The head coach believed through the suffocating defence the team eventually found its offence.

“Today I just think we were communicating a bit more on defence,” she said. “We really held it more together as a team.”

The forward, who is excited to be playing again after missing last season, put the team’s offensive surges down to its preparation.

“We were running out sets. When we noticed it was zone, we made the switches automatically. The bench was being loud and that was great. Everyone was loud and talking and communicating. The defence was leaving me open and my teammates were hitting me when they saw that,” said McNamara.

The Wolves now have a week off before they try to earn their third consecutive win.

“Can’t complain about 2-0. That’s always the goal to start the season, try to get as many wins as you can in a row. We’re looking forward to next weekend and our next matchup. We’ll do the scouting and find out what we got,” said McLean.

The Wolves next play the Seneca Sting on Nov. 5 at 4 p.m. at the Jack Doyle Athletics and Recreation Centre.