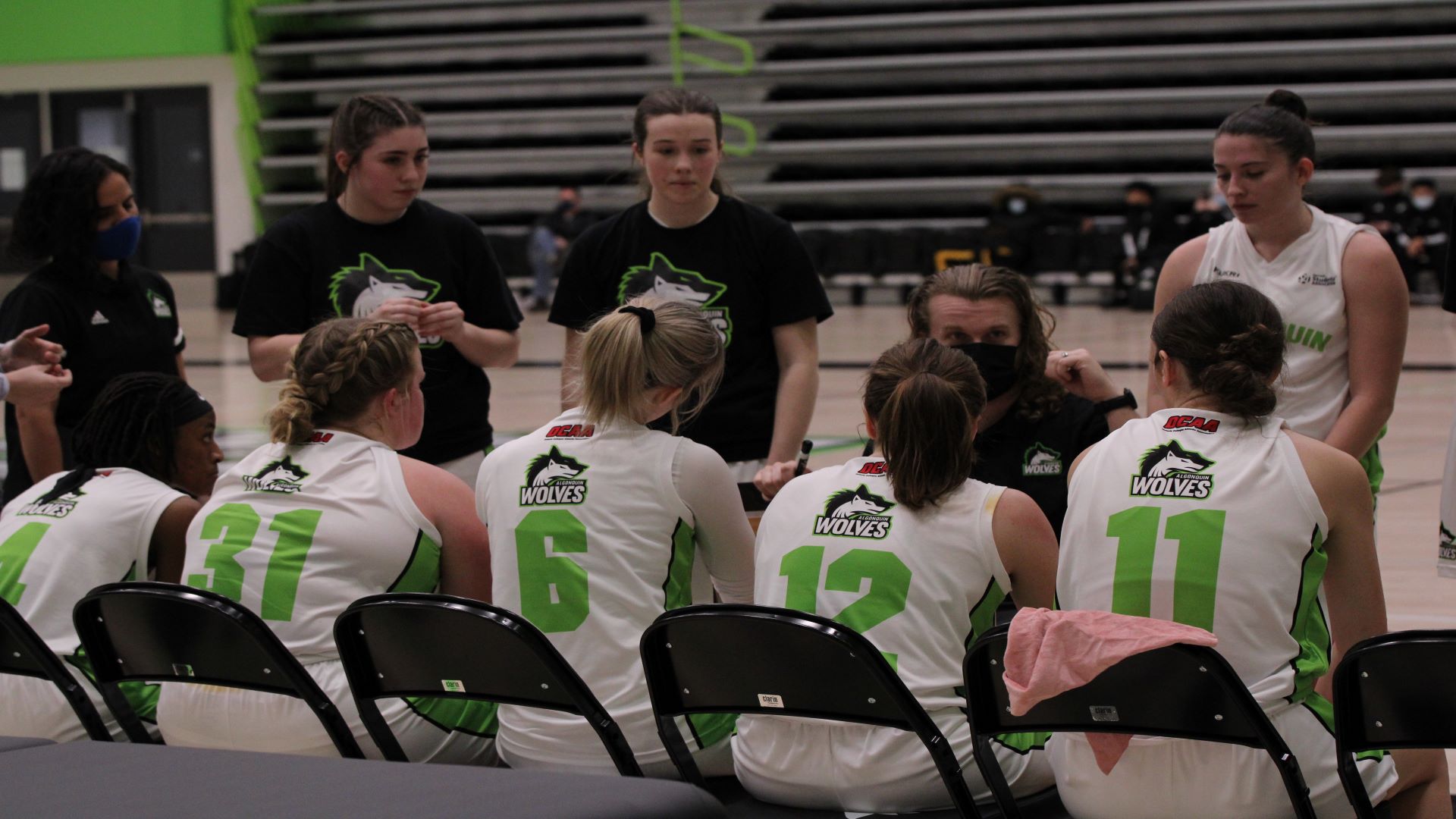 Algonquin heads back to Toronto on a two-game winning streak after winning the team’s first games ever played at the new Jack Doyle Athletics and Recreation Centre.

The Wolves were caught in a low-scoring home opener on Sept. 18, until they opened a 10-point lead over Loyalist Lancers with under five minutes to play in the fourth quarter.

However, the visitors went on a nine-point run to cut the lead to one point with two and a half minutes to play.

Head coach Jaime McLean was less than impressed with his team’s performance but satisfied with the result.

“It’s a W. We’ll take that,” he said. “There was a lot of undisciplined play on our part but that comes with being a rookie team.”

“We were giving up easy shots,” said McLean. “Offensively we were settling for okay rather than fighting for the great shots we can get. Thankfully we pulled out a few stops and controlled the end.”

“Obviously this wasn’t our best game as a team, but it feels good to be out there,” said Klassen. “I think we can and will play better tomorrow.”

The forward was excited about playing in the ARC.

Klassen’s prediction about Saturday’s game would come true as the Wolves shrugged off their close encounter with the Lancers to put in a defensive clinic against the St. Lawrence Surge.

Through the first three quarters, the Wolves gave up fewer points than they had in the previous quarter – 10 in the first, six in the second and only five in the third.

“Today we set right from the get-go how we wanted to play defensively and did a really good job with our matchups,” said McLean, after the game. “Seeing this bounce back and great defense gives me great hope on what we can build on, going through the rest of the year.”

Four of the starting five ended the game in double figures but McLean believes there’s still room for improvement.

“There was some stuff with our offense where we weren’t getting the best look we could on the floor,’ he said. “Part of the conversation after the game was making sure we know how to execute and that comes with experience.”

The head coach was full of praise for his team’s effort.

“Those first three quarters, our girls really fought to win the game by winning the rebounding battle and that comes back to effort,” said McLean.

Defensively, the Wolves were dominant. They held the Surge to 34 – the lowest number of points any team has scored thus far this season in the Ontario Colleges Athletic Association women’s basketball league.

Their 70 – 34 win also recorded the second-largest victory this season with a margin of 36 points.