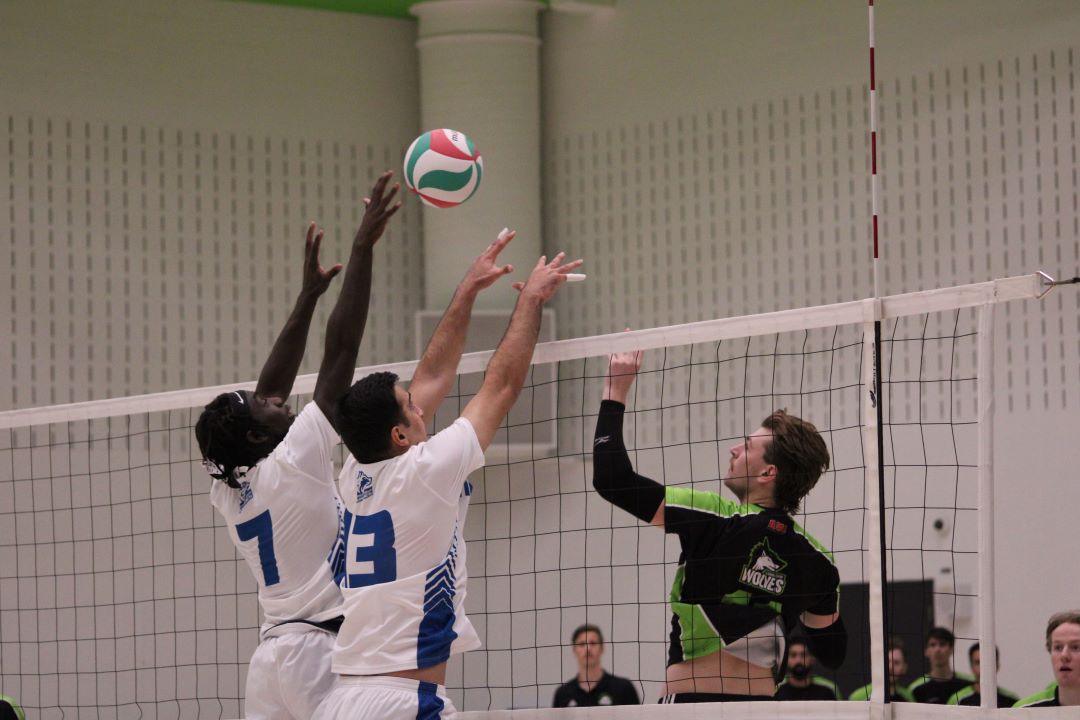 The Algonquin Wolves men’s volleyball team won its second consecutive game 3-0 when it defeated the George Brown Huskies on Nov. 12.

The Wolves ended their two-game losing streak with a trashing of the Durham Lords on Friday. Their victory against the Huskies continued their undefeated streak at home.

Head coach Jelle Kooijman was pleased with his team’s performance.

“We feel really good,” he said. “I think this weekend we mentioned the words blueprint in the meeting. This is the blueprint of how we want to play the rest of the season so we’re very happy with the way that we played. We bounced back from last weekend which was not the greatest volleyball we’ve ever played.”

The hosts then repeated their strong start before closing out the second set in even more dominant fashion, 25-13.

For second year player Warner Jaworski, who agreed with his coach’s thoughts, the Wolves’ serving was key.

“Last weekend I think our serving performance wasn’t really good,” he said. “This week through practice we tried to improve that and it showed. We missed a lot less serves and it really helped us just get the ball in play and work our defence and our block.”

The third set proved to be a much tighter affair. The Huskies opened a 4-8 lead, before the Wolves tied the score at 9-9. The two teams split the next 14 points equally, being tied at every score line from 9-9 to 16-16, before the Wolves pulled away slightly, 19-16. They managed to hold on to their slender lead, clinching the third set 25-21, sealing the straight sets victory.

“I think this weekend shows our team can be a very dominant team this year. Once our opponents see that we beat two teams this weekend 3-0, it sends a message that we’re going to be a force to be reckoned with,” said Jaworski.

Looking forward to their next match, Kooijman is excited to see how his team plays against a historically difficult opponent

The consecutive wins saw the Wolves’ record move to 5-2 on the season, positioning them in third place in the Ontario College Athletics Association’s East Division.