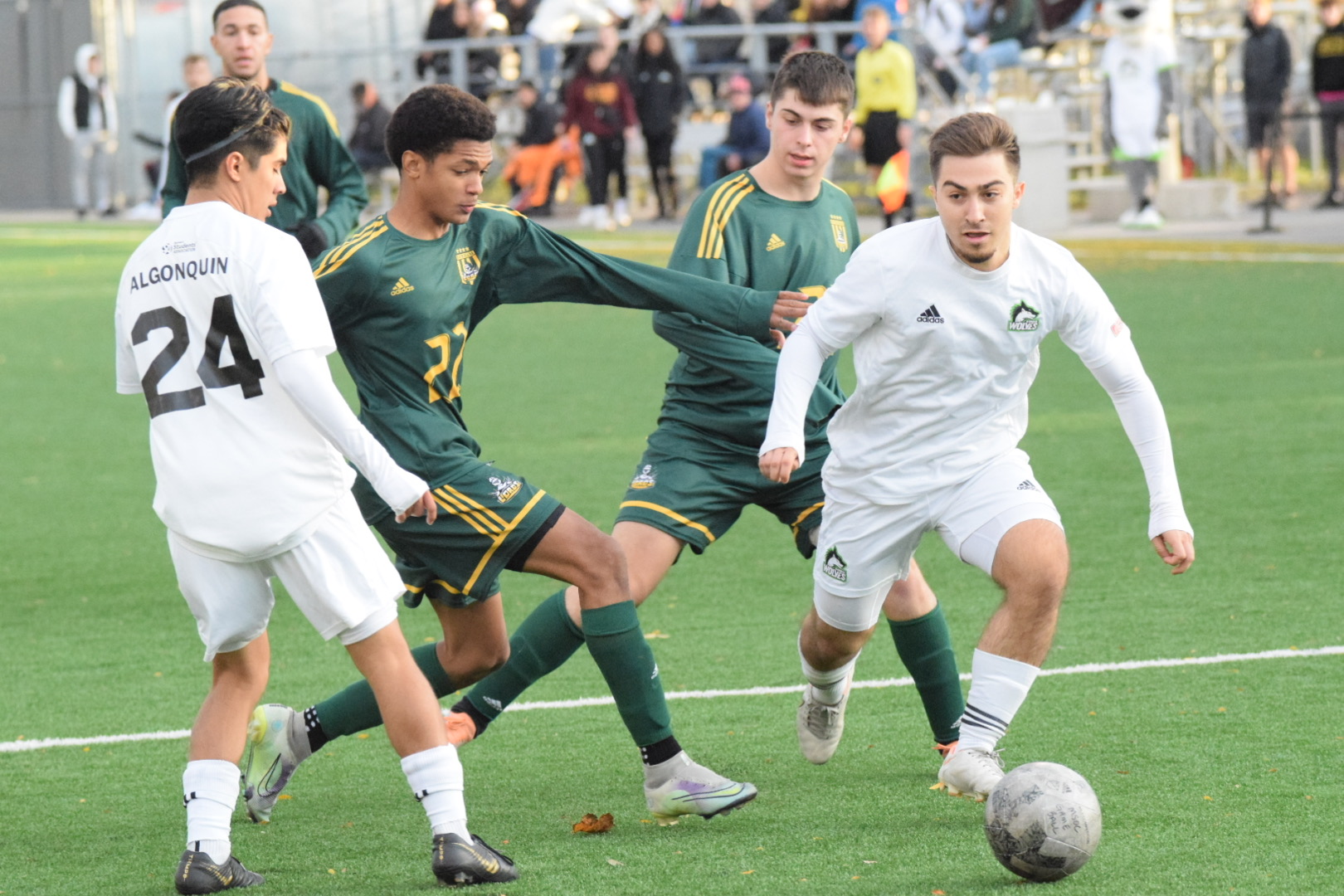 As the final whistle echoed across the pitch, a few of the players draped in white dropped flat on the cold turf trying to catch their breath as their teammates shook hands with their opponents after 90 minutes of back-and-forth physicality.

The Algonquin Wolves men’s soccer team ended their 10-game season with a 0-0 tie against the Durham Lords on Oct. 15.

Although the result was not preferable, the Wolves played with intensity and urgency that was met by the Lords.

“We’re happy with the effort that the guys played with,” said coach Angus Wong.

The team is putting the regular season in their rearview and is now shifting focus to the playoffs.

Saturday marked Trefry’s last regular season game with the Wolves. They held a pregame ceremony to commemorate Trefry’s time with the team where he was presented with a framed photo of himself playing in the Wolves jersey.

“It was good to reminisce. Obviously, COVID shut it down for a while so I didn’t know if anything was going to happen or even myself coming back. So to finally have that moment was a pleasure,” he said.

Heading into the postseason, the Wolves feel positive about their chances of having a strong run.

“I think we can compete with all the teams that we’re going to end up seeing in the playoffs, and the provincials hopefully, so I feel good about the team,” said Wong.

The Wolves have secured home field advantage for their crossover game, which they need to win to move onto the quarter-finals.

“I think it’s huge being able to skip out on the long road trip and everything that comes with that,” said Wong.

The Wolves will play their crossover game on Oct. 22 at the Algonquin College Students’ Association Sports Field.