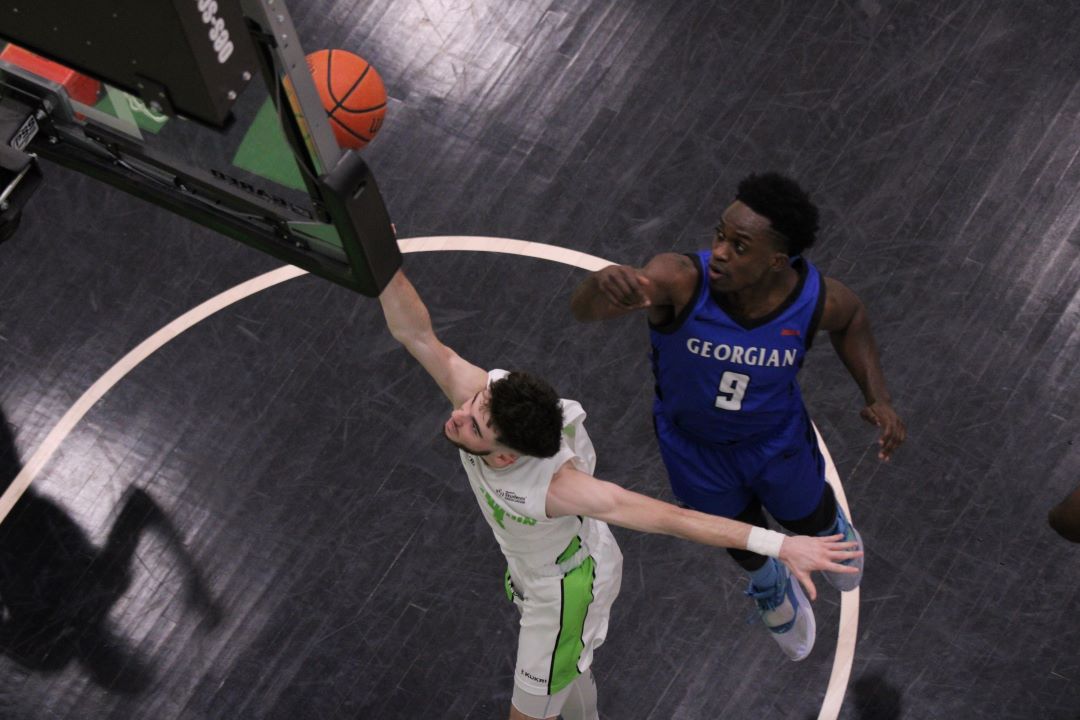 A career night from Algonquin Wolves guard Carter Normand and a third-quarter hot streak from guard CJ Gallaza could not stop the team from losing its fifth consecutive game on Nov. 18.

In front of a captivated crowd, the home team was attempting to win its first game since their home opener, but the Georgian Grizzlies started strongly, built a lead and never let it go.

“It’s another disappointment,” said head coach Trevor Costello. “We were probably the most prepared of all games this season. We did so much homework because we need to get back into the win column but we can only do so much.”

The Grizzlies opened the first quarter with seven straight points and held an 11-3 lead before the Wolves clawed back to a two-point deficit at 13-11. It was the closest they would get for the rest of the game.

The hosts kept within three points until there were 51 seconds remaining in the quarter, but the Grizzlies scored five of the last six points to close the quarter and open up a seven-point lead 23-16.

This would be a recurring problem for the Wolves as the Grizzlies scored the last five points before halftime to push their lead to 15 points. They also scored four of the last six points to close out the third quarter and lead by 15 points with one quarter remaining.

Costello was very unhappy about his team giving up those late runs, but the head coach did find some positives in the performance.

“We shot the ball better. We haven’t been shooting the ball well but we shot the ball much better today. We had less turnovers today so that was better,” said Costello.

The highlights for the Wolves in regards to shooting were Normand and Gallaza.

Gallaza shot extremely well in the third quarter making four threes and scoring 15 of his 18-point total for the game.

Meanwhile, Normand made 10 of his 15 shots and made eight of 11 three-point shots. He also made four free throws to end the night with 32 points. The most he has scored thus far in his collegiate career.

Discussing his performance after the game, Normand was humble.

“Sometimes as a shooter when you’re out there you’re just in a zone,” he said. “Sometimes I let the ball go and I wasn’t even thinking about it and it went in. This is a league of talented guys and anyone who was out there on the floor tonight could have a performance like that. There’s so much talent in this league.”

“We’ve got to work on a lot of things. Cleaning up the ball, more details on defence but taking care of the ball for sure. It’s hard because we hit shots, we were pretty good from the field but we just couldn’t pull out the win with the little things. That’s what we have to touch up,” said Normand.

The Wolves’ record moved to four games below .500 at 1-5 on the season, positioning them in eighth place in the Ontario Colleges Athletic Association’s East Division.