Thunderdome comes down after cancellation of winter varsity season 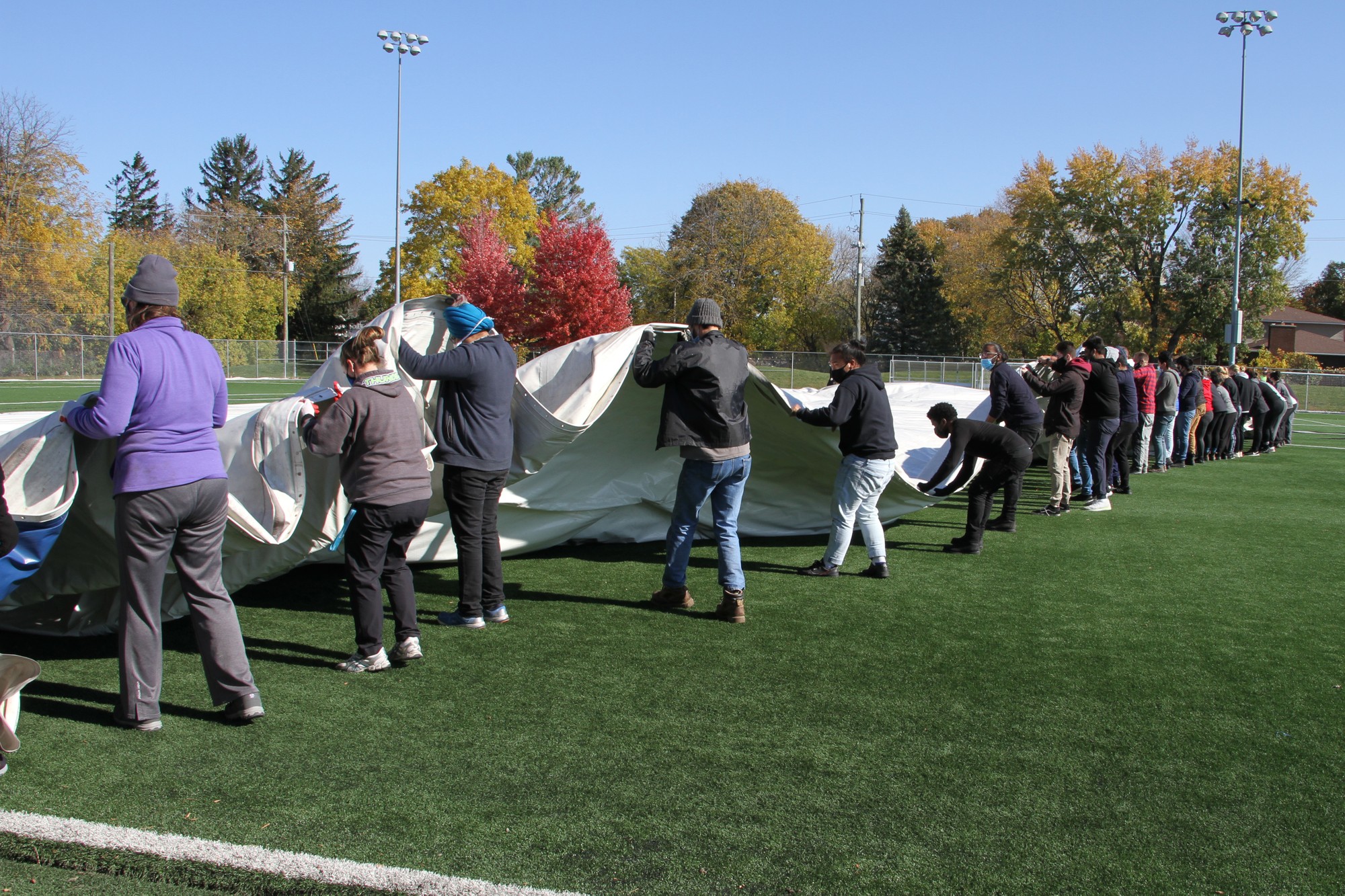 Due to rainy weather, the dome take down event was pushed back from Friday, Oct. 16 to Saturday, Oct. 17. Photo credit: Jocelyn Galloway

Participants gathered at the Thunderdome Soccer Facility on Saturday Oct. 17 to take down the sports structure.

Due to COVID-19, the dome’s normal tear down date in April was postponed. With the winter season being cancelled for Algonquin’s varsity sports, there was no need for the dome to be up.

The take down was no small task. What is normally a 50-person job was done by 42 people, 33 participants and nine faculty.

“I think it went pretty well,” said Ryan Powell, 27. “It’s kind of fun the extent we are going to support sports at Algonquin.”

Powell is an HVAC student at the college. He found out about the event from the flyers on campus offering students $150 for the day.

He said he was impressed with returning participants who have done take downs in the past because of the labour involved. He was not sure what to expect when he showed up in the morning but enjoyed getting to know other participants and being a team player.

Other participants included players from the Carleton Ravens rugby team.

“It’s definitely a nice physical workout,” said Zoe Coulter, 20, Carleton anthropology student. “I think things could go a lot smoother, but considering it is such a big thing and there is so many people that no one knows, it’s going pretty good.”

Coulter and her teammates laughed together as they recalled their experience with the slippery white tarp covered in the morning’s frost. They said their coaches’ motto was relevant to them even now: “Embrace the suck.”

“It’s a nice day today,” said Taylor Reid, 21, Carleton criminology student and Coulter’s teammate. “It’s not going the way I thought it would be. I did not think this was how we would do it. It’s interesting when you use a dome for practices and now you get to take it down.”

The day ended for participants shortly after 3 p.m. with water and pizza once the job was complete and the crane had moved the heavy tarps off the turf.