Stubbornness gets sports-loving Algonquin grad a career he loves 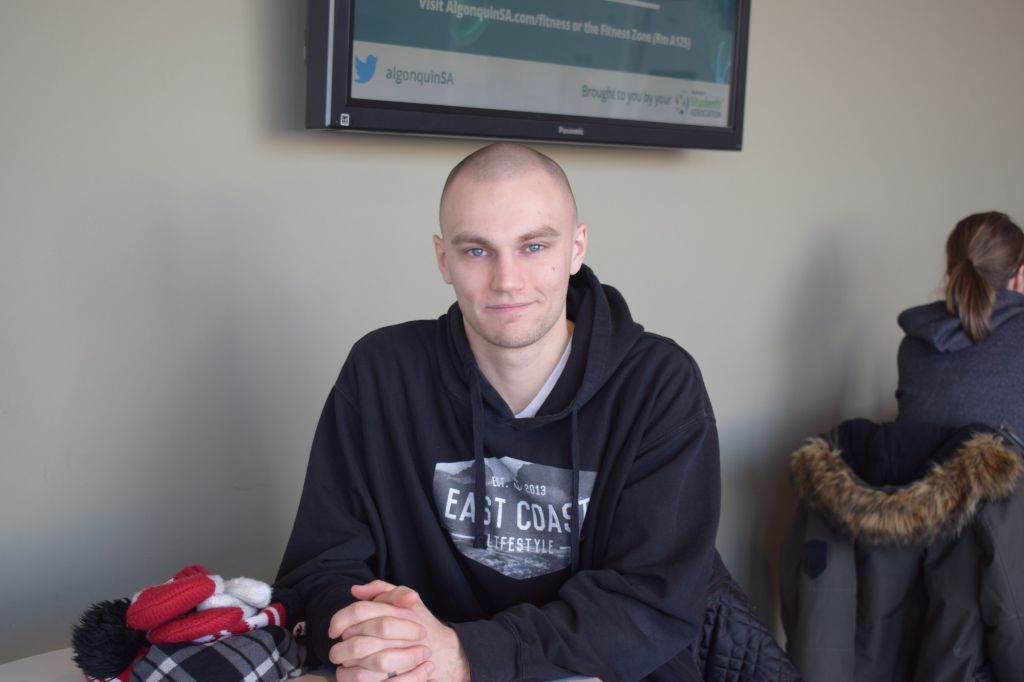 Callum Fraser, an Algonquin College journalism grad, now works for TSN 1200 and has his own show called "Battle of the Atlantic" Photo credit: Kened Sadiku

When Callum Fraser graduated from Algonquin College in 2016, he had a vision of what he wanted his career to entail: sports.

Four years later, Fraser, now 24, hasn’t just had one job in sports, but two of them. He is an Ottawa Senators correspondent for NHL.com and was formerly a host of Battle of the Atlantic on TSN 1200. He is also an anchor on CFRA radio.

As a Senators correspondent, Fraser attends all 41 home games in a single season.

But the hard work started even before he stepped in the doors of Algonquin College. He started to practise sports writing in grade 12 when he created his own blog.

“I just started writing stuff that I would post on my own Facebook,” said Fraser. “Then when I recognized that I kind of liked it, I switched a couple of my courses in grade 12. One to creative writing and I started getting the hang of that as well.”

One of the first pieces Fraser wrote that started his career was an article he wrote on Silver Seven Sens in 2016 regarding t former Ottawa Senator Matt Carkner. Not only was it one of his first articles for an official blog, but his initiative landed him an interview with Ian Mendes of TSN 1200, which then went on to secure his job at TSN.

“It just goes to show you that in this industry, you have to be proactive,” said Fraser. “You have to do your extracurricular work outside your program, or else nothing is going to happen.”

As much as sports journalism is a passion of his, Fraser knew at the time when he left college that he had to have more than one skill in his toolbox while still pursuing his end goal.

“I understood that I had to make sure I became a bit of an everything guy,” said Fraser. “Having said that though, I knew what I wanted to do and I was super stubborn about it. I kind of wouldn’t take no for an answer.”

His love for sports during post-secondary education meant that his eyes didn’t light up at the idea of doing something besides sports. While he did try to mix things up, he wanted people to understand his vision and drive for his final goal.

“I honestly felt like it was a bit of a setback if I wasn’t doing something with sports,” said Fraser. “I didn’t want to settle for just a job in journalism, I wanted the job that I wanted in journalism.”

While the industry is something Callum is heavily involved in, he acknowledges the concerns he has around the line of work.

“It feels more and more like the end is creeping in,” said Fraser. “It’s not just worldwide, or in North America, or the United States or Canada, it’s like very close to you.”

A new hobby Fraser has worked on was creating montages for the Ottawa Senators.

“I wanted to expand my knowledge of making film in a very juvenile kind of way,” said Fraser. “I wasn’t trying to show everyone that I could have a part in a film industry, absolutely not. But I definitely learned and got a lot better.”

The one piece of advice he would give out for people in the journalism industry?