Powerlifting community comes together for their annual squat competition 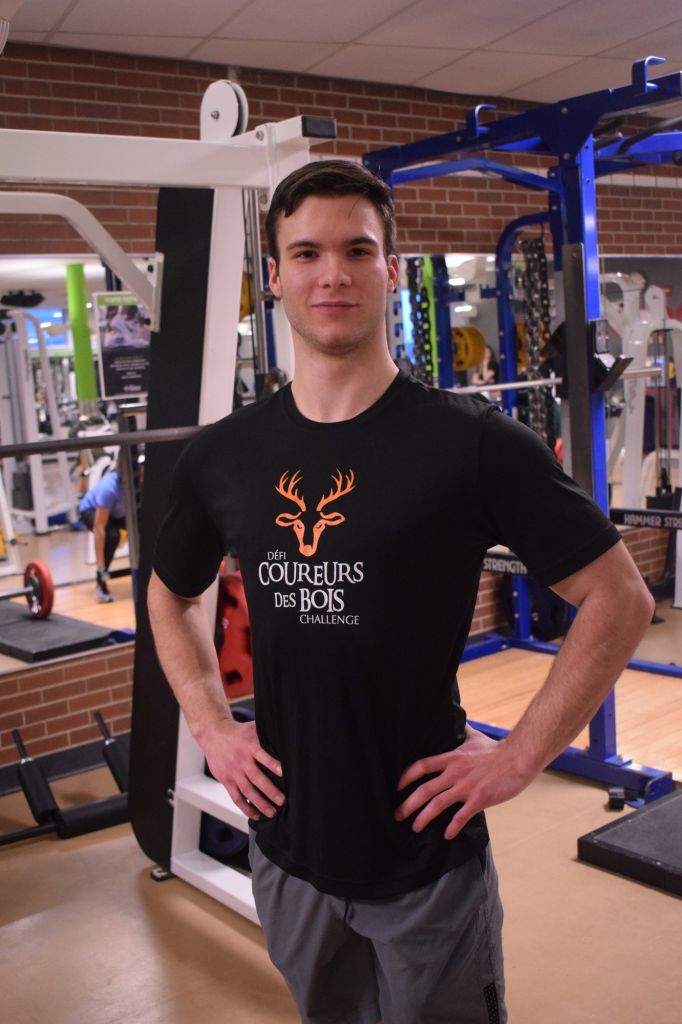 Philippe Hos after setting a new personal record by squatting 340 Ibs. The squat competition was held in the Fitness Zone on February 13. Photo credit: Julien St-Jean

Second-year biotechnology student Philippe Hos is a regular at the gym, training five times a week so that he can continue to get stronger.

“I changed my schedule and I come in the morning so that I can’t miss it,” said Hos, 23. “My goal right now is just to get my fitness up.”

Hos joined other students, gym staff and other members of Algonquin’s powerlifting community on Feb. 13 for the Fitness Zone’s annual squat competition.

The event was an opportunity for all participants to test their strength and meet new people.

“I came here because I like to push limits and get stronger,” said Hos. “Adding competition makes it fun. You get to meet people too. People who have similar interests and hobbies. Competitions like this let me measure myself.”

Hos went into the competition hoping to beat his previous squat record of 335 Ibs. He proved successful and managed to set a new personal record of 340 Ibs.

The biotechnology student was impressed by the enthusiasm of both viewers and participants, who cheered each other on despite being rivals.

“I think it’s really good that everyone’s encouraging each other. You see everyone pushing their limits and it’s inspiring,” said Hos. “I feel like I can keep shooting up. I’ll come back in a couple weeks and go even higher probably.”

The competition marked the fourth annual squat competition. The Fitness Zone staff want to continue hosting events such as the squat, deadlift and bench press competitions. They believe the competitions allow participants a chance to take their minds off of the stress of everyday life such as midterms.

“The event is meant to be a fun, easy going competition where members can showcase their lifts and try to get PR’s (personal records),” said fitness and wellness coordinator Cassandra Jones, who organized the event.

Contestants rooted for each other no matter how much weight they were lifting. Daniel Harris, who lifted an impressive 565 Ibs, believes that there is an unfair stigma around powerlifting. He finds that powerlifters have a unfair reputation of putting others down and showing off, but that is the opposite of what he has found in the community.

“I just think it’s fun,” said Harris, who won the surprise category for the most positive and encouraging participant. “Everyone here is super friendly. I’ve never met a more positive, uplifting community than our powerlifting community.”

“Our members are like a community here at the Fitness Zone,” said Jones. “Being able to bring a group of them together to have fun, cheer one another on and showcase their fitness abilities is just an amazing opportunity that I wouldn’t want to pass up.”