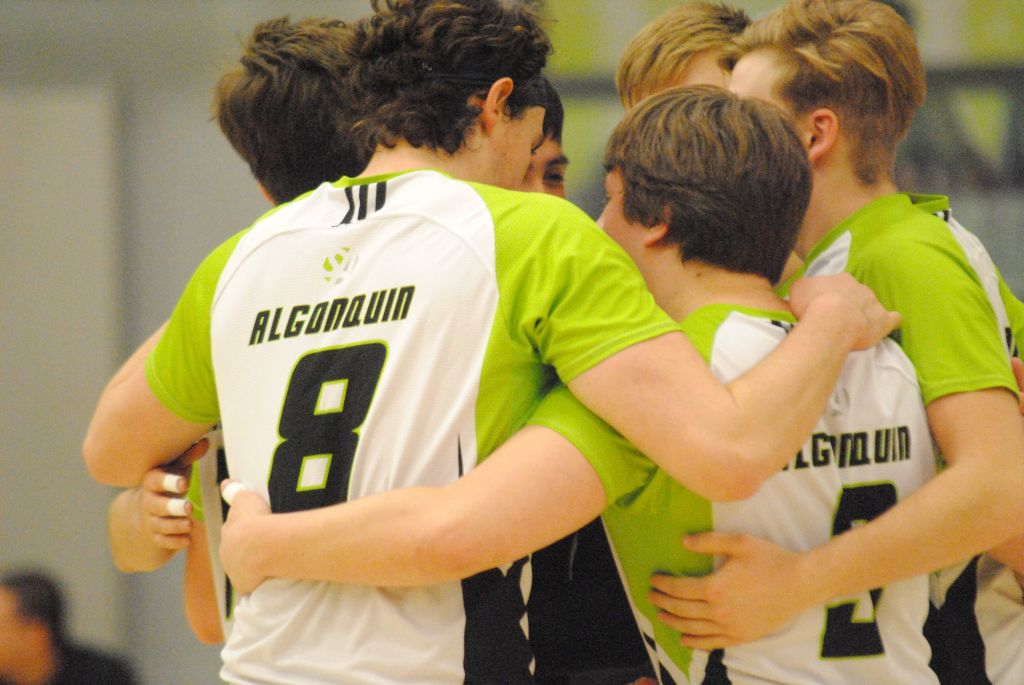 For the second time in the season, Thunder’s men’s volleyball team conquered the Seneca College Sting – but this time it was on home turf.

The Thunder dominated the court leading to a 3-1 set victory against Seneca.

The team played with electricity on the court obliterating the first two sets 20-25 and 14-25 for Thunder.

“We had some highs and lows there but overall the team played amazing together,” said setter Jackie Nguyen.

Luckily, Algonquin made a comeback in the fourth set ending the game for good. The final kill was made by number 9, Tristan Cardinal, ending the set at 17-25. An ongoing rally was then set up perfectly by and assist from setter Ryan Quirion to make the winning point.

Tom Cullingworth, kept up the team’s morale consistently throughout the game.

“The biggest thing about tonight was that we were working in some guys into the lineup that were either coming off from injuries or that normally don’t get the opportunity to play,” said Cullingworth. “Overall it was a little rocky but it came together well.”

Head coach Jelle Cooijman was missing a few players and had to work with new team dynamics.

“We kind of had an improvised lineup tonight because of missing players,” he said. “But we went into this wanting to play simple volleyball and make it to finals focusing from game to game.”

Even though there were injured sitting out, the Thunder’s power was still present on the court.