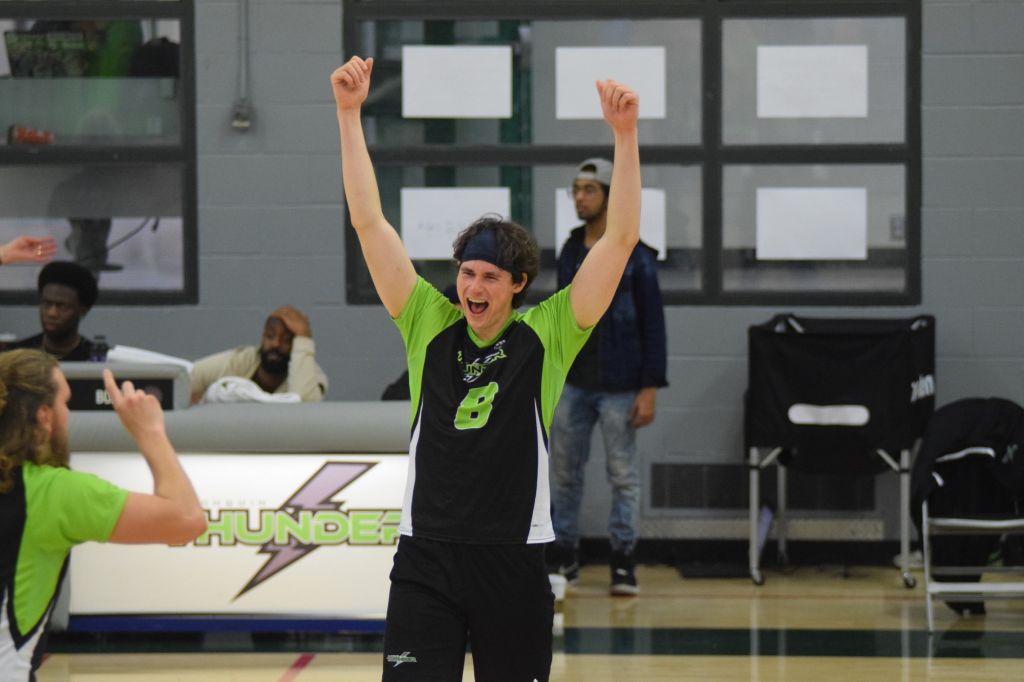 Returning home after beating the number one seed Durham Lords the weekend prior, the men’s volleyball team went onto beat the George Brown Huskies on Friday night with a landslide 3-0 score.

Tom Cullingworth led the way for the Thunder with 12 kills on the night. Richard Bucar behind him in second with 10 courtesy of his hard work.

While the Thunder did face some adversity in the third set, head coach Jelle Kooijman admired the resilience his team showed.

“We’re coming up with two big serves and some good plays to just close it off,” said Kooijman. “That’s the kind of experience we’re gonna take into a later part of the season.”

The game plan heading into Friday night’s match-up was simple: make sure you do what you need to, and when you’re relied upon.

“Our game plan was to make sure that we’re doing our duties, and we’re properly blocking,” said Kooijman. “I think we did a good job on that, it definitely bailed us out on some situations.”

The win on Friday night gave the team their ninth win of the year, they are now fifth in the OCAA men’s volleyball east division with a record of 9-7.

Kooijman wants his team to know after Friday night’s win, that they’ve gotta adapt to the mentality of believing they can beat anyone that comes in front of them as the playoffs will be here soon.

“We can beat any team, that’s the message,” said Kooijaman. “We just came off a big win at Durham, we grabbed the win here, we need to take care of business tomorrow.”

Middle man Julien Caswell, also admired his team’s play amidst some struggles in the later half of the game.

“We found ways to come out on top, we had a bit of a downfall with our setter getting injured,” said Caswell. “Instead of bumming us out, it fires us up and I think that’s what helps us get a couple wins in a row.”

The Thunder went on to face a loss on Saturday night, getting swept 3-0 versus Georgian College.

Their next game is on Friday night versus the La Cite Coyotes with tip-off time set for 8 p.m.