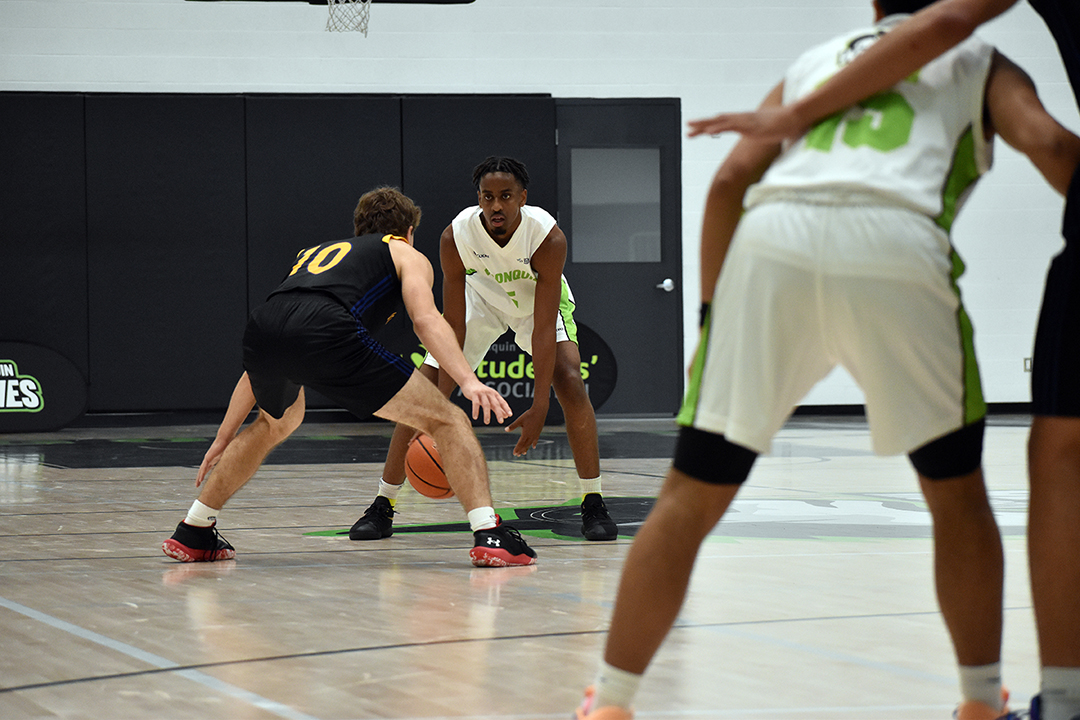 The Algonquin Wolves men’s basketball team is set to embark on its first full season in nearly two years after defeating the John Abbott Islanders Saturday afternoon at the Jack Doyle Recreation and Athletics Centre in the team’s first pre-season game.

“Second half wasn’t great. The first half was real good, and we had enough of a lead to sustain their (Islanders’) run in the second half,” Costello said.

With the last two seasons impacted by COVID-19, the Wolves will look to build on last year’s momentum coming off a 6-2 record, averaging 53.5 per cent from field goal range.

Going into the regular season, the Wolves have one goal in mind – growing and winning.

“Looking to just improve everyday, get in the playoffs and try to win the whole thing,” said Jonah Cantor, second-year Wolves forward.

“Obviously, personal goals, just to be a leader out there. You know, I’ve been playing basketball my whole life,” said Ruhamyandekwe.

“I’m trying to take on a leadership role, but just like every other team, trying to win it all,” said Ruhamyandekwe.

The Wolves’ regular season tips off Oct. 28 at 8 p.m. at the Jack Doyle Athletics and Recreation Centre.