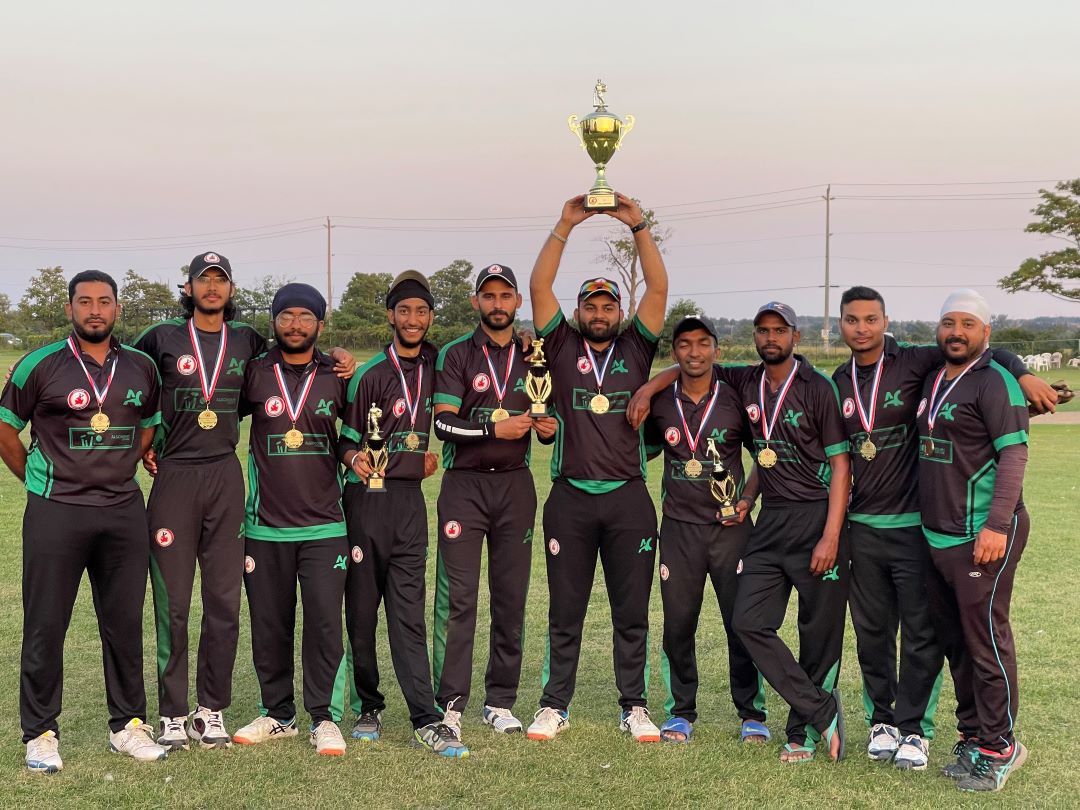 The Algonquin College Cricket Club displayed its dominance at the 2022 Capital Cup and men’s nationals, winning both tournaments.

In the semifinal, Algonquin College annihilated Brock University by 134 runs, before defeating Toronto Metropolitan University by eight wickets to win its second title of the summer.

“It was all a team performance,” he said. “From the Capital Cup to the nationals in Toronto, we had some very good senior players who were guiding the youngsters and the whole team through tough situations.”

“We weren’t dependent on one player to perform well every match because the whole team excelled. It was a tough win in the finals, we lost a lot of wickets, but our confidence and team spirit were high. What our guys did was exceptional,” Chopra said.

His sentiments were shared by his teammate Jasleen Singh Saini, an all-rounder.

“The most important thing was there was no pressure on any particular person to perform,” Saini said. “All 11 players were brilliant. In every match a different person performed and took the responsibility to score runs or take wickets. That’s good for our team. That’s how we won.”

Both men thought the team performed strongly from the very first day and overcame any challenge.

Chopra recalled one match when the team needed a special performance for the victory.

“The match against McGill University, our batsmen were struggling to perform,” he said. “But one of our players, Arun Anthony, singlehandedly won the game for us.”

Anthony scored 69 out of 128 runs and took five wickets, including a hat-trick, as Algonquin College won the game and secured itsplace in the semifinals.

“Everyone knew their own role,” said Saini. “We had good bowlers, good batters and everyone was disciplined.”

The final of the men’s nationals saw Algonquin College bring its nine-match winning streak into the last match of the season. They were set a total of 156 runs for victory by Toronto Metropolitan.

“In finals, chasing 150 or 160 is a tough target because you have a pressure,” said Chopra. “They [Toronto Metropolitan] have a very decent bowling line up. Throughout the season they would win matches by taking early wickets.”

Chopra, who made back-to-back unbeaten centuries in the semifinal and final, said the strategy in the final was patience.

“We decided not to throw our wickets at least for six or seven overs. Even if the score is around 30 or 40, it doesn’t matter. If we have the wickets at the end we can easily chase the target,” he said.

Algonquin College claimed an emphatic tenth consecutive win as it clinched the title, losing only two wickets and chasing down Toronto Metropolitan’s score of 155 with 18 balls to spare.

The team’s dominance is even more impressive considering there is no single voice at the top.

“We don’t have a coach,” said Chopra. “We have some senior players who have been playing for quite a long time with Algonquin College and have been guiding us.”