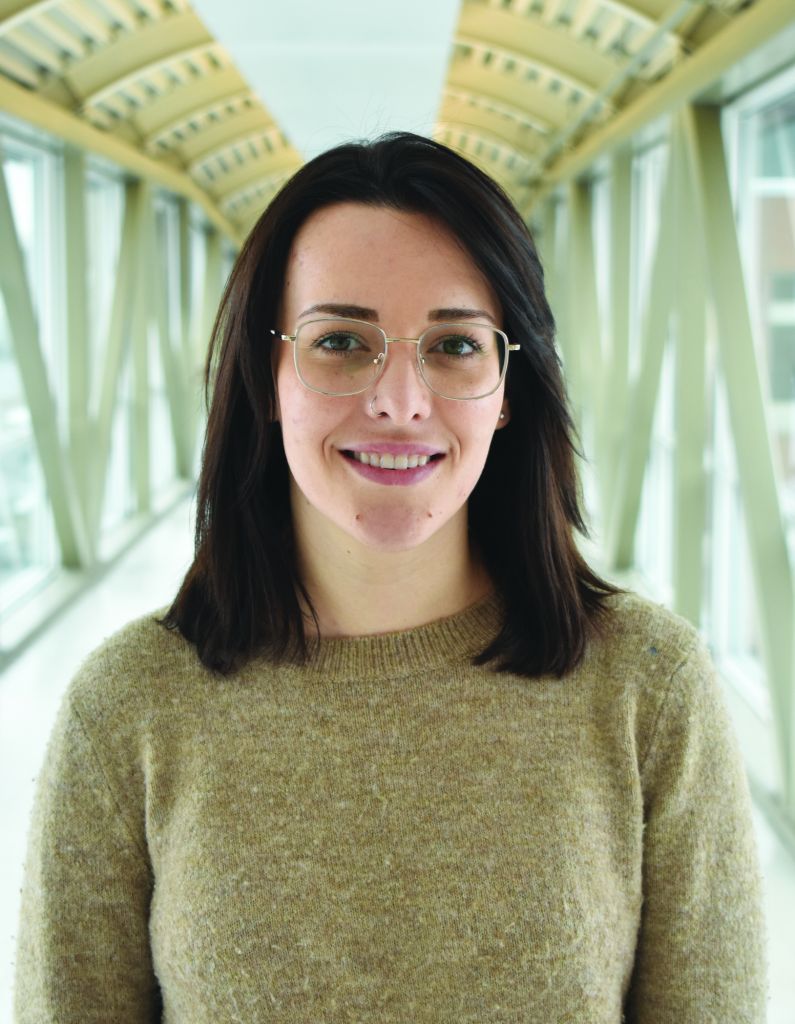 Growing up in a French town with an English name, my name would get mispronounced often. I would even get names different than mine – Bianca or Brenda, mostly.

Today, when introducing myself or picking up my Starbucks order, my name often gets mispronounced. For some reason, “Bree-Ann-Ah” sounds like me, whereas “Bree-Yawn-Ah” does not. I still appreciate people’s efforts, but I specify the correct pronunciation.

As a first-year journalism student, I meet new people every day. Coming from over 130 countries, over 4,000 international students enrolled at Algonquin College last year.

With such a diverse population, our facility homes many different names. I try to pronounce names right, or ask what the correct pronunciation is, as I know what it’s like being called something that does not feel like your true self.

One problem many people face that I don’t, however, is feeling the need to change their name to make it easier for Canadians to say.

Every day, I meet students who introduce themselves as their name but use an anglicized name rather than their given name.

Our identity is connected to our name. For some, a culture, a family tradition or a deeper meaning is connected to it. In a country that promotes itself descriptively, prescriptively and politically as a multicultural society, keeping your name as it was given to you is important. An effort should be made to celebrate cultural variety in our day-to-day lives, by asking people what their real names are and how to say them.

As a Canadian who looks for multicultural competence in a leader and votes accordingly, I expect this not only from the progressive members of my society, but from every member of a multicultural society.

The Government of Canada states it recognizes the diversity of Canadians and is committed to a policy of multiculturalism. So why do multicultural learners feel the need to adopt Anglo-Canadian names?

For some, it’s a choice they make to prevent discrimination when applying for a job. A study out of University of Toronto found that candidates with an Asian name had 28 per cent less chance of getting a call back for an interview, than a candidate with an Anglo-Canadian name that is equally qualified.

For others, it’s as simple as wanting respect and not having to repeat their names constantly.

Pavna Sodhi, an Algonquin College faculty member, makes restaurant reservations under her last name to prevent the uncomfortable questions that follow when she says her name with the right pronunciation: “Puh-Vna“.

She once allowed people to pronounce it “Pa-Vna“, but not anymore. Not only does that not sound like her name, and is not her name, but it changes its meaning.

“It’s a matter of making the effort,” she explained. “I have students from Mainland China that have anglicized names, but I address them by their Chinese names. I know what it’s like to have your name mispronounced and the emotions that come with it.”

“As educators, we need to reevaluate our multicultural competencies by augmenting our awareness regarding multicultural learners,” she said.

The workshop explained how strong relationships between learners and faculty improve the students’ self-confidence, the quality of their learning and allows them to take risks. She described creating a safe space by building a classroom culture of inclusion by listening to students’ needs, knowing learners’ names and pronouncing them properly.

“As a teacher, this is an essential part of building solid rapport with your students.”

Nipuna Seneviratne, a game design student from Sri Lanka, introduced himself as Nipuna, but said I could call him Ted.

Ted is a nickname he likes. It’s short, simple and was suggested by his friend who told him that he was “the best hugger.”

Nipuna faces the same challenge many international students face with the mispronunciation of his name, which should sound like “Ni-P’Na“, but is often mistaken to “Ni-POU-Na”, when read out loud.

His teachers call him “Don.”

“I’m adapting to it. It feels unfamiliar at first,” he said.

His full name is Henerathhettiarachchige Don Nipuna Karindra Seneviratne. The closest name to an Anglo-Canadian name is Don. Don is actually not his name nor his family name at all.

Don, or Dona for women, in Sri Lankan names, was adopted when the Portugese landed in Sri Lanka in 1505. Don, meaning Sir, was an honorific used by the Portuguese people that Sri Lankans later adopted in their names.

“My name is tied to my generation,” he explained. “When the Dutch colonized Sri Lanka, they gave away knight hoods and whoever got a knight hood would have his name carried out through every generation that followed.”

“The first part of my name, Henerathhettiarachchige Don, is the Dutch name and the “Sir” of whoever got the knight hood in my ancestry. The second part, Nipuna Karindra Seneviratne, is the name my parents gave me and my surname.”

Nipuna said nobody could read his full name, which is printed on his birth certificate and passport, upon his arrival in Canada. It was also too long for his SIN application. Upon registration, he was told to pick something shorter. He cut out the knight hood name and kept Don Nipuna Seneviratne.

It is not mandatory that you change your name, but many multicultural learners do.
“It’s just easier. Sometimes some people will make the effort, but most of the people don’t,” Seneviratne said.

“People in Sri Lanka would call you by your name,” Seneviratne said. “Let’s say you are coming over to my place for dinner, we know that people from the western world can’t really handle the spice, so we would even die down the spice in our food for you.”

You might have to adapt to a new name completely, or a shortened version of yours, but ultimately, your sense of identity will be challenged.

Putting effort in the pronunciation of names is essential as a member of a multicultural society. Dynamics and differences need to be celebrated. Inclusivity and diversity coexist with effort, respect and education. Asking someone what their preferred name is and consciously making an effort to say it right is a small step forward in a big movement.

“I’m the kind of person that does not like to watch someone go through uncomfortable feelings in their day-to-day life, so I don’t like telling them that Don is not my name. It will make them uncomfortable,” Seneviratne admitted.

Perhaps we need to be more like him. We need to do what we can to not put someone through feelings of discomfort in their day-to-day lives. And that starts at the first handshake, by getting their name right.