What Algonquin College students should know about the Indian farmer protests 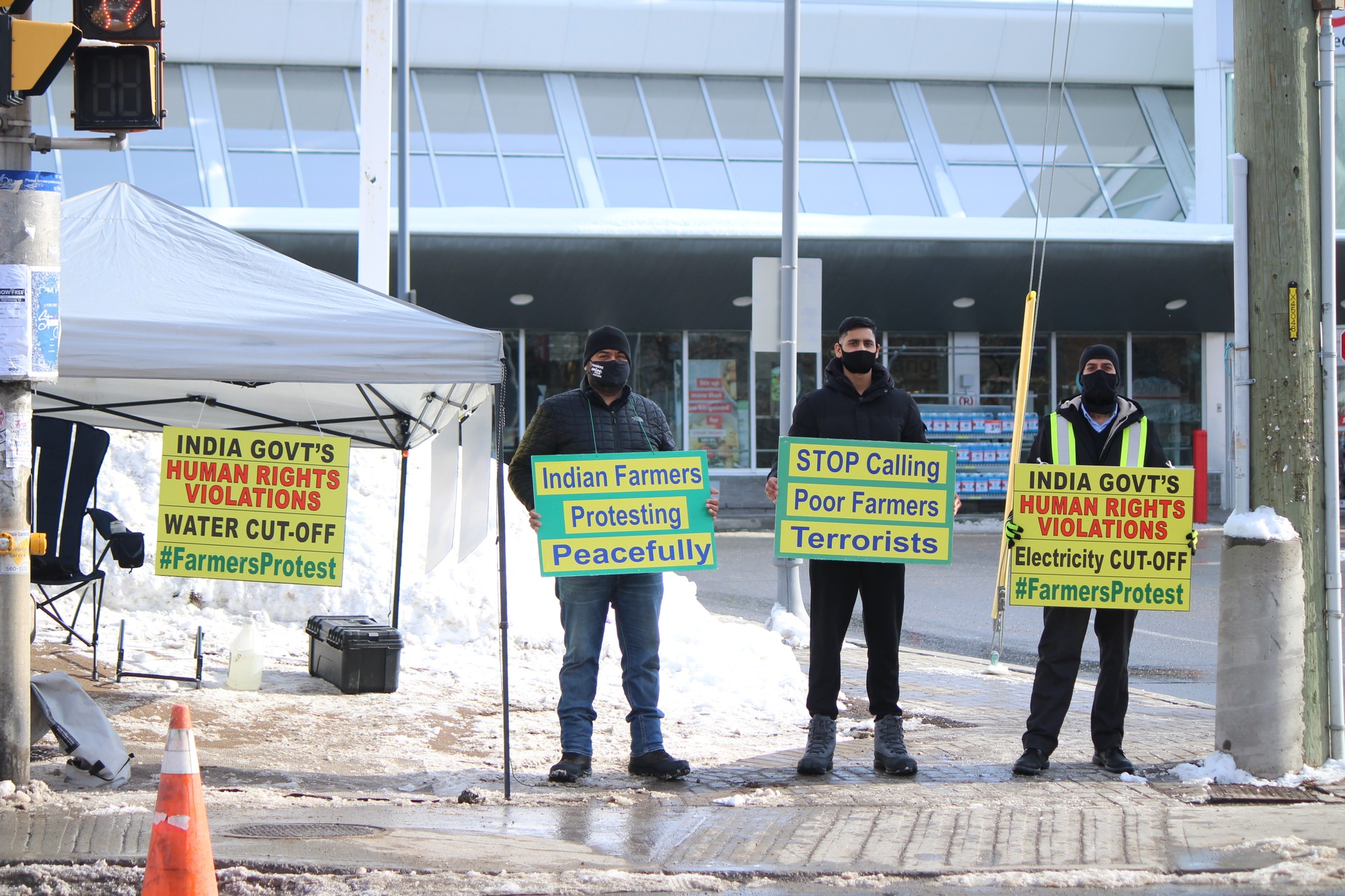 For months now, thousands of peaceful protesters have been spotted at large intersections around Ottawa to oppose the Indian agricultural acts that received parliamentary assent this past fall.

Among them are members of the Algonquin College community.

“On weekends there are different intersections where people stand with banners in their hands — mostly at Greenbank and Strandherd, and the High Commission of India,” said 26-year-old Gehargeet Grewal who is completing his paralegal graduate certificate at Algonquin College.

What has protesters upset, explains Grewal, is that for the past half-century India has had a marketplace system in place called a “mandi,” where farmers went to buy and sell crops as a Minimum Support Price (MSP). Now, privatization will change this agrarian economy and leave Indian farmers at a disadvantage.

“Farmers won’t be getting their set price for the growing of the crop they have invested so much into and the government isn’t doing anything about it,” said Grewal.

These bills have created a watershed moment for the agricultural sales landscape in India. They consist of the three sections. The first, the Farmers’ Produce Trade and Commerce Act, expands the scope of farmers’ trading and levies market fees from the government. The second, the Farmers’ Agreement on Price Assurance and Farm Services Act, highlights the legal framework for farmers entering into contracts with private companies. And the third, the Essential Commodities Act, allows the government to regulate the price of essential commodities in the case of a state emergency.

According to Rishabh Verma, an 18-year-old level one business administration student at Algonquin College, the main concern for farmers is that these new bills scrapped the MSP that provided especially smaller farmers with some degree of financial security under the mandi system.

“The Indian government is giving all of the power to industry houses so that they can own more profits and it will ultimately hurt the common public of India,” said Verma.

Verma is completing his Algonquin College diploma remotely from his hometown, Khanna, in Punjab amid the largest hub of protesting action in India.

“I got involved, along with many youth, in the protests for almost two days,” said Verma. “The protests are happening on our main national highway — Grand Trunk Road — which connects all the parts of the country to Delhi, where people can protest near politicians and Prime Minister Modi.”

According to Verma, these protests are far from wrapping up. The government, he explains, has yet to respond to the demands of the protesters and the contentious relationship between the government and protesters continues to elevate.

Here in Canada, Grewal is watching the events unfold from afar.

“The government is asking the police to fire tear gas and water cannons on the protesters to try and evacuate them,” said Grewal. “The situation keeps getting worse and worse in order to put the blame on the farmers.”

In light of the worsening situation in India, many international students and other protesters located in Ottawa have shown their support to Indian farmers from abroad.

International support, Grewal and Verma both explained, is at the heart of the success of these protests and that participating Canadians should continue to do what they’re doing to help raise awareness for this significant human rights demonstration.

“Silence is the best weapon,” said Grewal. “If a person is silently sitting and protesting and not causing harm you can’t use force on them.”

Verma believes that Canada has the potential to be a huge asset for affecting change in India.

“Canada is the main hub for this rally right now,” said Verma. “It is very difficult for Indian protesters here to live on the roads in 2 C weather — if the laws are not abolished, then the farming industry in India will be finished.”