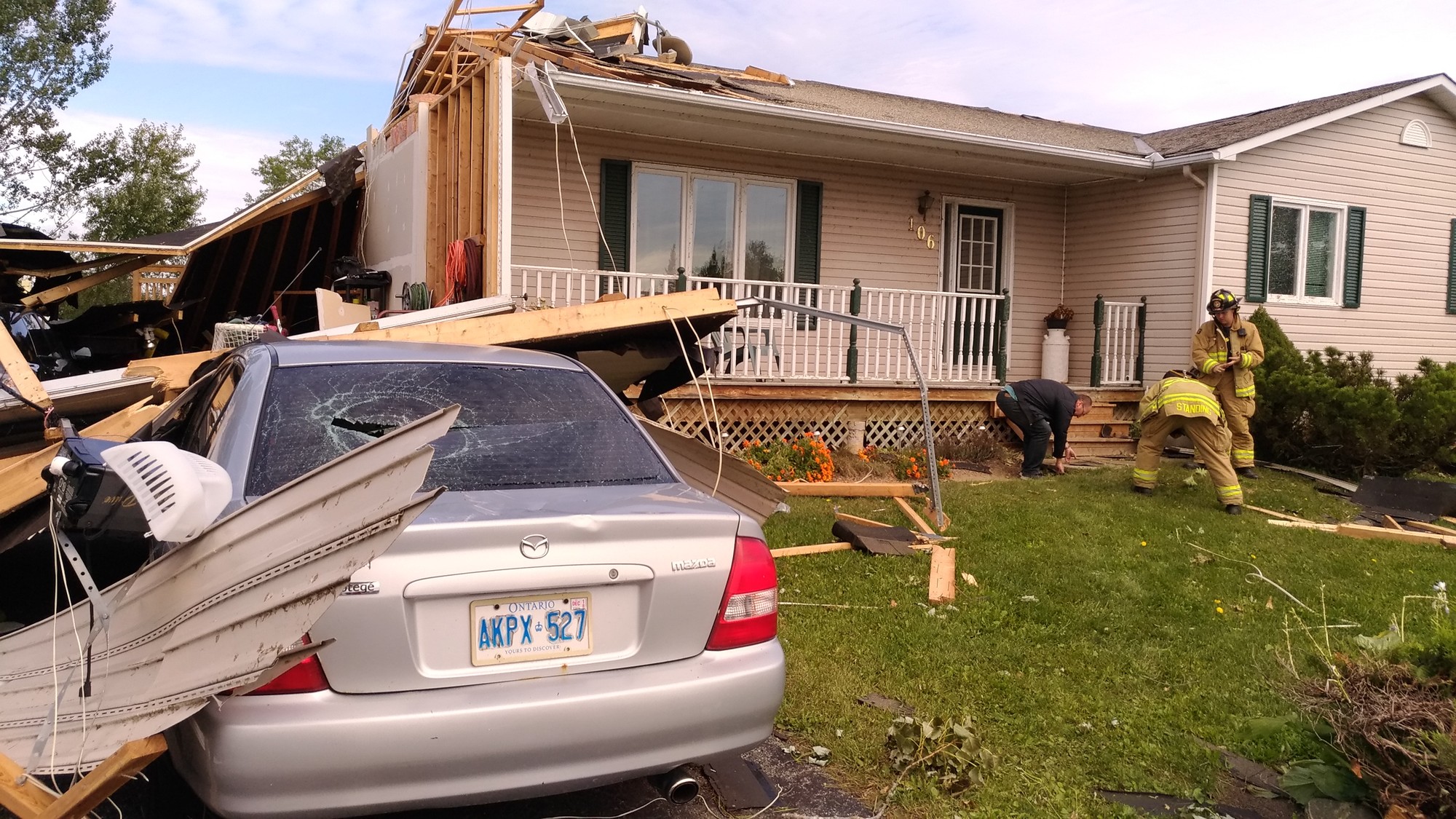 One Friday afternoon in late September 2018, Charlotte Gardner, then in her first year of the photography program, was working at Walmart in Kanata, when a severe thunderstorm caused a power outage.

With no power, Gardner and her coworkers sat by the entrance waiting to see what they should do next. When an emergency alert for a tornado warning came through on some phones.

“There’s no tornadoes in Canada,” thought Gardner at the time.

It wasn’t until her step-dad called moments later asking if she was okay that Gardner learned that a tornado had indeed touched down – and it had destroyed her family’s house.

Shortly before 5 p.m. on Sept. 21 2018, an EF-3 tornado touched down in the village of Dunrobin, with winds up to 265 km/h according to Environment Canada reports.

Environment Canada later stated six tornadoes touched down in the Ottawa-Gatineau area. An EF-2 tornado was reported near Arlington Woods and Greenboro as well as an EF-1 tornado in Calabogie. One man was killed by a falling tree, dozens of people were sent to hospital and tens of thousands of residents were without power.

The community in Dunrobin is mostly rebuilt, the homes under construction are a reminder of the devastation that occurred two years earlier.

Trees, hydro poles and homes were destroyed as local volunteer firefighters rushed to make sure neighbours were safe.

“My first thought was, ‘Are my siblings okay?’ since they were at home when it happened,” said Gardner. “I kept thinking of how terrified and upset they were.”

Local firefighters helped pull Gardner’s younger siblings out of the basement after parts of the home were damaged.

“They were all okay, but my younger sister felt bad she didn’t grab our cat when they went to the basement,” said Gardner, who graduated from her program in spring 2020. “Our cat was found later stuck under a couch.”

While many residents were at the Carp Fair, an annual fair 15 minutes from the Dunrobin village, some were still at home when devastation hit.

“It was really upsetting, not the night of because the shock hadn’t really worn off,” said Elliot Cooney, who graduated from welding and fabrication techniques in 2018 and HVAC in 2019.

“The next day, walking through the neighbourhood was heartbreaking,” he said. “To see everything that was lost, old friends houses, my grandparents house, that’s when the reality set in.”

Cooney stayed with family for a week until their house was deemed safe to live in while repairs were happening. Others were out of their homes for longer.

Lauren Hoekstra, a 2016 business marketing graduate, had to rent for a little over a year and moved back to Dunrobin at the end of December 2019.

“I was in shock, I didn’t know it was a tornado at first,” she said. “It was so loud it didn’t feel like it was happening with all the adrenaline.”

Leyla Atallah, now a second-year fitness and health promotion student, was at home during the storm.

“We were looking out the window and saw a bunch of garbage blowing around,” said Atallah. “Then we saw our gazebo flying and went into the basement.”

“Walking out for the first time was like a movie scene,” she said. “It was all quiet then all you heard was sirens coming and there was mess everywhere.”

Atallah’s home had minimal damage and they could continue to live there safely.

Those who didn’t have to leave helped clean up neighbours yards the following days along with volunteer groups from across the city.

“We were working for probably 10 hours a day helping clean,” said Atallah. “Everyone came together and we’d work on one property at a time, then move to the next, working property by property.”

At the time, Algonquin College community members also set out to help forming an “integral part” of a musical fundraiser called “After the storm” at TD Place.

Since the tornado, the community has seen houses rebuilt, support from surrounding areas and each other.

“I would undoubtedly say the community is closer,” said Cooney. “We all understand that in situations we can rely on each other.”