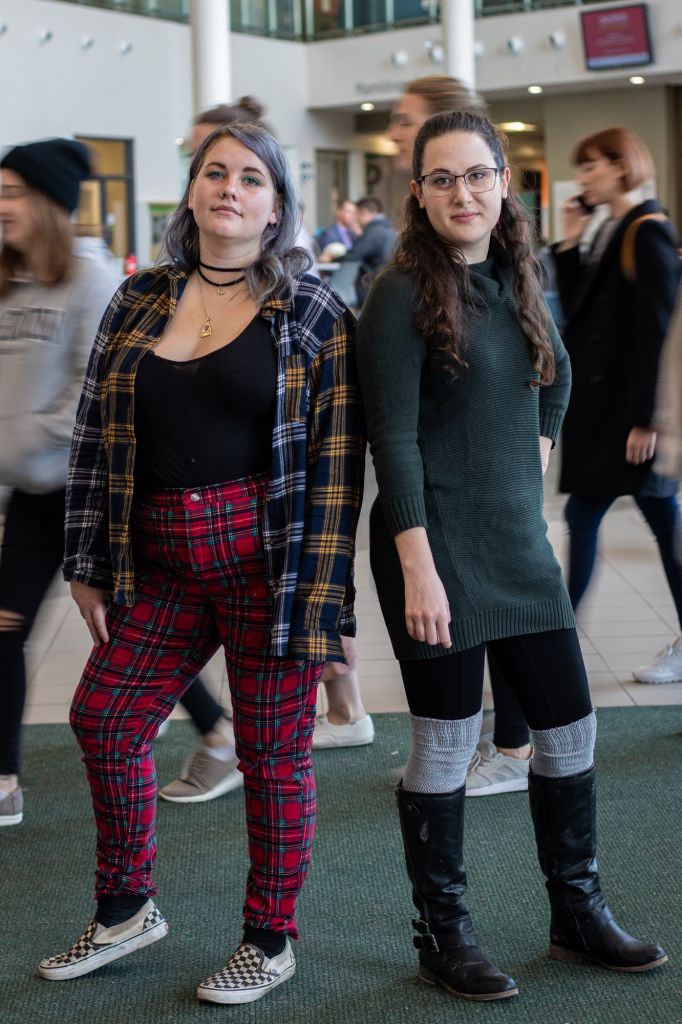 Rebecca Baker and Jennifer St George are one of the many faces of mental health. Photo credit: Emily Hsueh

Rebecca Baker, a first-year community justice program student, started feeling suicidal when she was a young teenager. The older she has gotten, the better she has become at learning how to manage the feeling.

“I wanted to kill myself when I was 13,” she said. “I did not follow through, but that’s the earliest I remember.”

Baker, who is now 27, is not alone. In fact, she is just one of the faces behind mental illness.

According to the Canadian Mental Health Association (CMHA), she is the one in five people in Canada who experience a mental health problem or illness.

But the stigma around mental health has led to an estimated 49 per cent of Canadians who feel they have suffered from depression or anxiety not to see a doctor about their problem. Yet it affects people from all walks of life.

“Stigma or discrimination attached to mental illnesses presents a serious barrier, not only to diagnosis and treatment but also to acceptance in the community,” the CMHA website said.

I understand this fact first hand. I was diagnosed with anxiety, depression and PTSD from childhood trauma this year after waiting six months to be seen at the Royal Ottawa Hospital.

This has made my recovery a slow process. It took me ten years in my journey with mental health to get to a point where I can admit that I am not well, and that is okay.

But different factors play a role in mental health, including environmental factors such as in Bakers’ case.

For some people, medication helps with their mental health.

Jennifer St George, a paralegal student, takes medication to help with her mental health. But it took her years to find a combination of medications that worked for her. “The thing that people don’t they tell you is that with medications, it’s an experiment,” she said.

St George lost her best friend to suicide in university and since has had more friends take their lives.

Suicide has become one of the leading causes of death in both men and women from childhood to middle age.

“It’s not just in our heads this is an epidemic, this is a problem we need to deal with this,” St George said about the mental health crisis.

“Unless we have a meaningful, substantive conversation about it, nothing is going to change.”