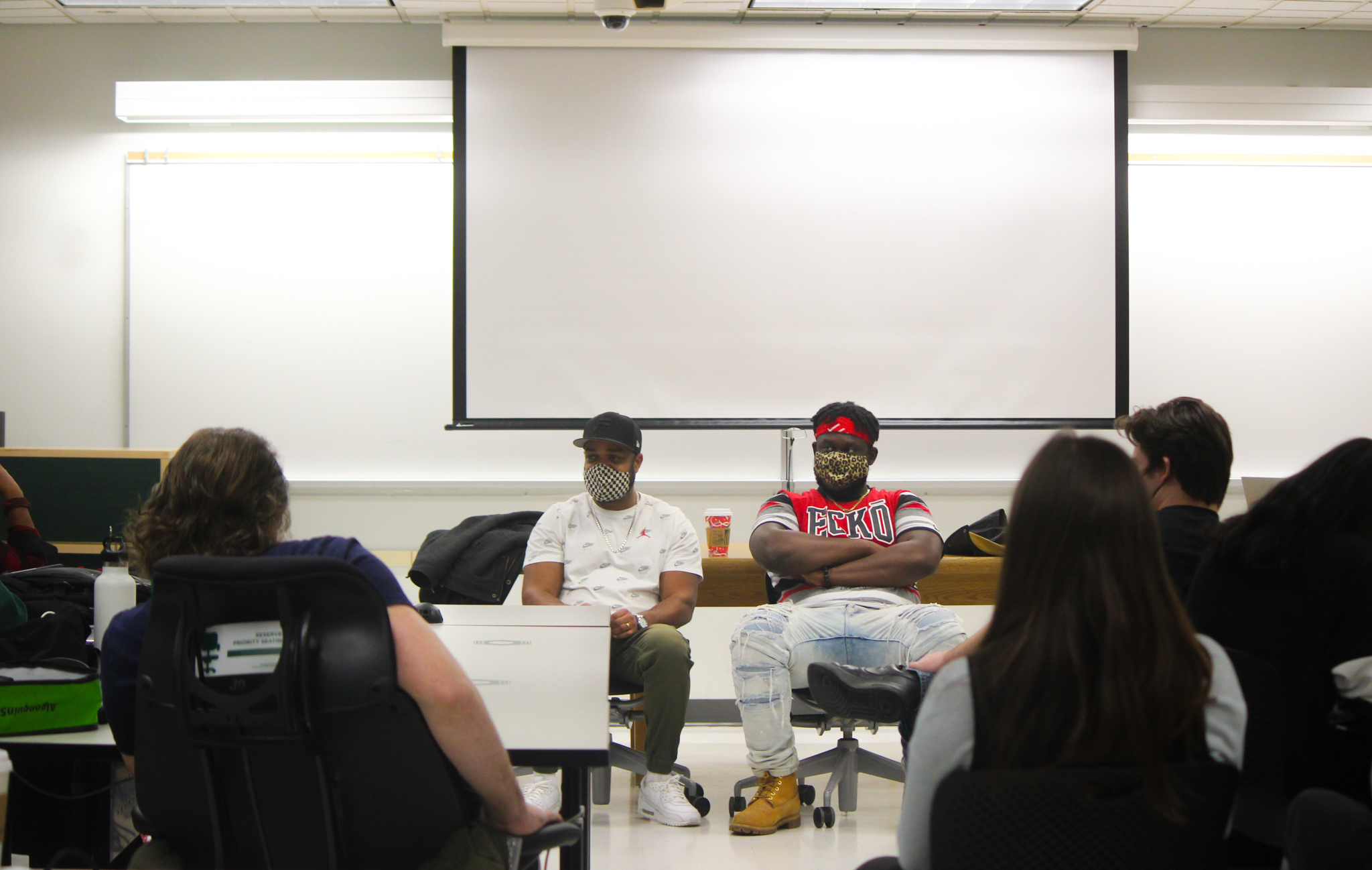 About seven-and-a-half years ago, Amen Jafri, a film director in Ottawa, released a documentary called The City That Fun Forgot?, which chronicles the capital city’s reputation of being a buttoned-up bore. On Nov. 25, 2021, Shifter Magazine founder Kevin Bourne and his colleague Vladimir Jean-Gilles paid a visit to journalism students at Algonquin College to prove Jafri’s claims wrong.

Bourne, who also happens to be a part-time TV broadcasting professor at Algonquin College, founded Shifter Magazine in August of 2013, just under a year before Jafri’s documentary came out.

According to the magazine’s website, Shifter was created to “platform talented people and share their views on the world.”

Born and raised in Toronto, Bourne and his co-founder Koliah Bourne, who also happens to be his wife, decided to move their business to Ottawa shortly after launching it. Upon their decision to relocate, they quickly learned that the media landscape in Ottawa looked nothing like Toronto’s.

“I immediately felt like there was an opportunity to start something creative here,” said Bourne to level three journalism students. “I used to be a suit and tie guy in the public service, but in the back of my mind, I always saw opportunities with the media.”

What Bourne saw in the back of his mind was a media outlet that would exonerate Ottawa’s reputation of being the city that fun forgot by calling attention to arts, culture and Black culture moguls in Ottawa.

“We have artists here like Night Lovell who are doing big things, but that story just isn’t being told,” said Bourne. “But that’s where the opportunity lies… we created a space for our magazine to tell BIPOC and urban stories because no one else seemed to be telling them.”

Film critic and Shifter contributor Jean-Gilles spoke to his experience with taking that space to create niche content in the capital city.

According to Jean-Gilles, cities like New York and Toronto have saturated media markets that make it more difficult for those entering the arts and entertainment field to gain experience than Ottawa does.

“When I was hired on as a film critic for CBC Radio in 2017 they were looking to diversify their portfolio and I was the only Black film critic in Ottawa at the time,” said Jean-Gilles. “A lot of people will put the pressure on you to move to big cities like Toronto or L.A. right away to do this kind of work, but I advise against that — you can build your portfolio from here.”

Jean-Gilles not only talks the talk, but he walks the walk — he has had the pleasure of meeting Denzel Washington, Al Pacino and once had breakfast with Anthony Hopkins. He is also a member of the Critics Choice Awards, which allows him to travel to places like Hollywood and Manhattan to attend movie screenings.

Bourne and Jean-Gilles both agree that Ottawa has been a great place for them to grow and expand Shifter into a national brand, as the magazine has now tapped in to Ottawa, Montréal, Toronto and Vancouver.

The one downside of the current media landscape in Ottawa, though, according to Bourne, is that the city struggles with consuming its own culture.

“Toronto just got over that hump with Drake and Ottawa will get there too,” said Bourne. “That’s the reason we need more people to put eyes on our local culture — if you can get involved, you can be the person that brings it all to light.”

Bourne and Jean-Gilles encourage anyone who has a story to share or an idea to pitch to check out the Submission page on the Shifter Magazine website.