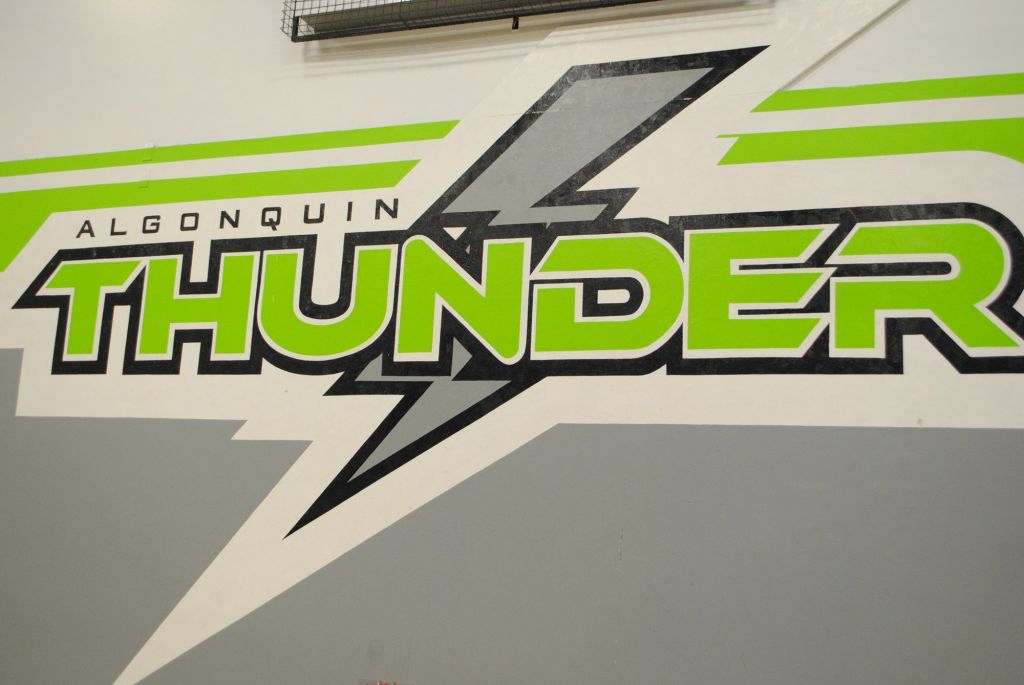 Algonquin Thunder varsity logo has been with the school since the beginning and has yet to be changed by the SA.

Algonquin Students’ Association is asking students to vote on the official SA website for a new varsity athletics’ name for the Algonquin Thunder.

The poll, which closes on March 2, offers four options to choose from each with its own backstory.

The SA’s goal is to find a name for the varsity program that would acknowledge and honour the original peoples, the Anishinabek, the Algonquin People of this area on which the college sits, as part of its commitment to truth and reconciliation with the Indigenous Peoples of Canada.

Students can choose between four names, the first being the original Thunder. The story is that during the spring-time, the ancestors of the Anishinabek and Algonquin Indigenous People or Thunderers, say that winter is now over and that life is once again returning to mother earth. The rain will help crops grow and they bring loud bangs of thunder that will ward off evil.

Two other options offered by the SA are the Algonquin Wolves or Grey wolves. These names describe one of the seven grandfather teachings, humility, represented by the wolf. The wolf symbolizes loyalty, good communication, education, understanding and intelligence. The wolf holds much importance with the Indigenous Peoples.

The final option to be considered is the Algonquin Good Wolves. This comes from a story of two wolves, good and bad, which represents the battle inside each and every person. One wolf possesses all that is good, and the other keeps negatives qualities. The moral of the story is the wolf you feed into is the wolf that wins internally.

The efforts are being made by the SA to not only brand the varsity program but also to create a shared identity for Algonquin College as a whole. While, at the same time, introducing students to the culture, history and identity of the Aboriginal Peoples from this area.

There are many thoughts circulating around the idea of the repercussion if the name of the varsity athletics is to change. Head coach for the women’s volleyball team, Everton Senior, isn’t pleased with the possible change in the Thunder name.

“I am definitely against changing the name of the college,” said Senior. “I think we have built a strong following and have a lot of proud Algonquin Thunder who would say the same. The other names that they are considering are not very solid.”

The decision will be made after the voting is closed on March 2 by SA and will be announced shortly after.