Predictions for 2020: Algonquin students look forward to the new decade 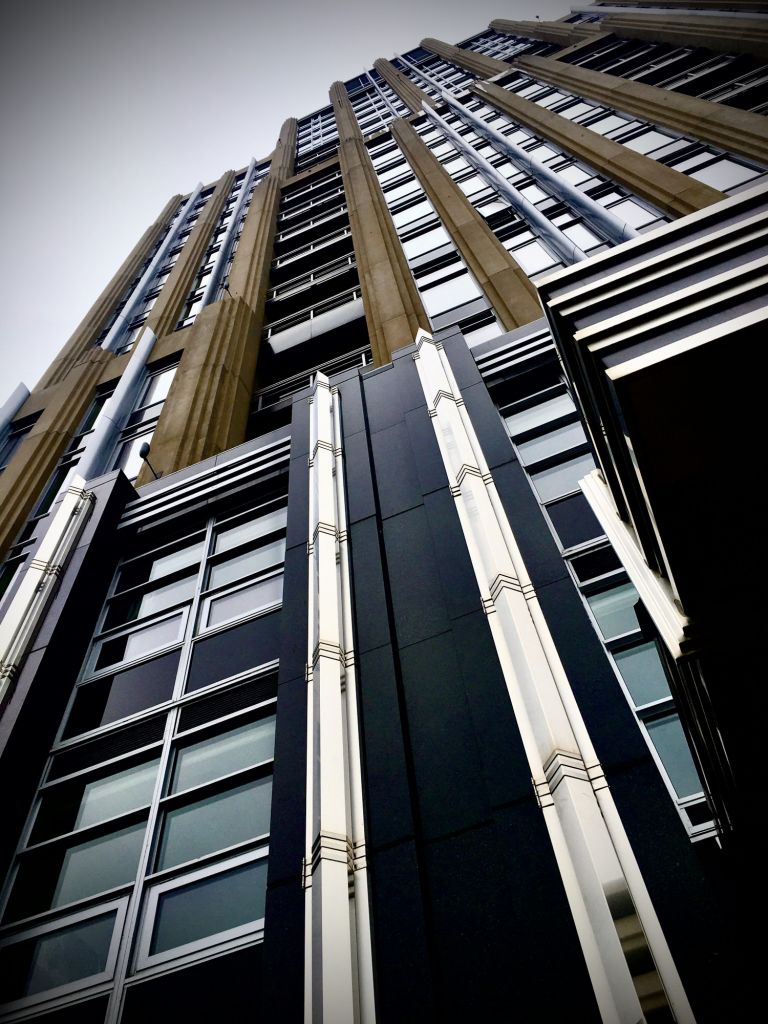 The Merit, at 108 Lisgar Street in the Golden Triangle, is a great example of how a 1920s style continues to influence modern art and architecture today. The Merit was built in 2014 and evokes many art deco influences both inside and out. Photo credit: Dana Simpson

As the semester comes to an end, students’ thoughts are primarily focused on exams, assignments and holiday travel plans.

But the Algonquin Times wants to know your thoughts on the new decade that’s less than a month away.

And Turner is not alone.

A good number of today’s post-secondary students have only seen one other decade change in their lifetime.

A decade that – among many things – saw the birth of the Brexit strategy, the controversial election of US president, Donald Trump – and the marriage of Justin Beiber to Hailey Baldwin.

“The twenties” is a term that, one hundred years ago in the West, was popularly synonymous with prosperity, hope and progress.

Often called the “roaring twenties” due to a period of post World War One prosperity, artistic innovation, and general excess, the decade ended with one of the worst market crashes in American history.

While popular predictions for the 2020s include everything from the first female US president, to widespread prominence of virtual reality and another major economic depression, Algonquin students have some predictions of their own.

Like so many others in the world right now, Julie Caicco, a first-year developmental service work student, has her eye on the impeachment inquiry in the United States.

“I don’t think [Trump] will get impeached,” said Caicco, “because the Senate is full of Republicans.”

While others like Muthoni Kimani, second-year early childhood education student, and Charlotte Whittaker, first-year advertising and marketing student, are desperate for a change in the US.

“He needs to leave,” Whittaker said of the American president. “I’m hoping it’s going to be a female [president]. I feel like they need a female president.”

Others opted for a more static approach at predicting the next ten years.

“I think Trump will be back,” said Turner, “and [in Canada], the Liberals can’t really do much with a minority government so things will pretty much stay the same.”

Although technology is due for some development according to Taylor Howard, second-year community and justice services student.

But amid all the political and technological forecasts, it is comforting to know that some students have the future of the college on the brain.

“I think Algonquin College will be the most-liked post-secondary school in Ottawa,” said Dekoda. “We have the nicest Students’ Association in my opinion.”

Christine Alexander, first-year early childhood education student, agreed. “The profs really are there for the students,” she said.

Robbie Richter, second-year bachelor of e-commerce student, has his fingers crossed for a bowling alley in the coming decade.

“I’m looking forward to the ARC building finishing up,” said Richter. “I heard they’re going to have a bowling alley in there too. Whatever it brings, it’s going to be exciting.”

Other students are simply looking forward to no longer being…well… students.

And while it is still too early to have a clear picture of anything in that crystal ball, one thing all these students seemed sure of was that the upcoming winter holiday is a very welcome break from class.

Should you have any predictions for the “new twenties”, join the conversation in the comments below.

From all of us at the Algonquin Times, we wish you everything you are hoping for this holiday season and in the decade to come.